Illegal Immigration Fight Is About Election Fraud – Not Racism 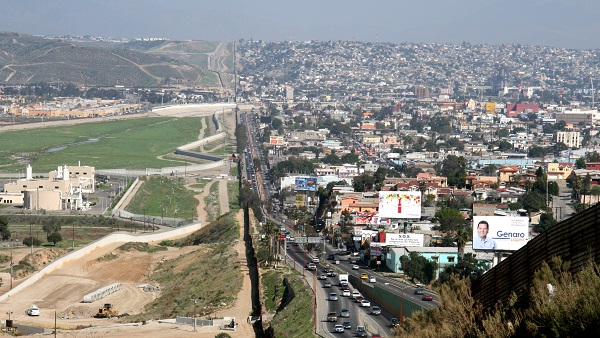 To the left lies San Diego, California and on the right is Tijuana, Baja California.

The 2020 presidential elections are rapidly approaching, and the threat of compromising the integrity of the system due to illegal alien voting is again a grave concern. Discussions of illegal immigration issues, however, are rapidly met with false charges of racism.

Indeed, despite a stunning influx of up to 100,000 people crossing the southern border illegally each month, we are told that there is no crisis.

The crisis is more than just dollars and cents. A General Accounting Office study of 55,322 incarcerated illegal aliens found that they were arrested at least a total of 459,614 times, averaging about 8 arrests per illegal alien. Nearly all had more than 1 arrest. Crimes included murder, assault, rape, fraud, burglary, counterfeiting, and drug offenses.

There is not much of a mystery why Democrats are so eager to cover up the harsh realities of illegal immigration. Numerous analyses, including one by the Center for Immigration Studies, find that new immigrants consistently and solidly support Democrat candidates.

A 2004 study by the Federation for American Immigration Reform noted:

“There is evidence that noncitizens are being registered and casting votes, but due to the laxity in checking the eligibility of registrants and voters the full extent of the problem is not known… lack of attention to the phenomenon of noncitizen voting and a failure to impose penalties against those who cast votes fraudulently has rendered laws against such activity meaningless. It is a federal crime to vote illegally.”

The enthusiasm evident in Democrat-controlled states to allow illegals to obtain drivers’ licenses is a key part of this drive to change the balance of political power. The Obama Administration took action which had the effect of increasing the likelihood of illegals being able to register to vote. The Democratic Party has consistently opposed reasonable and necessary measures to prevent voter fraud.

In a 2015 letter to the Obama Administration, Ohio’s Secretary of State, Jon Husted noted:

“…recent executive actions could jeopardize their integrity by making it much easier for people who are not U.S. citizens to illegally register and cast ballots. The source of the problem is that the recent executive actions enable millions of non-U.S. citizens to obtain valid Social Security numbers and driver’s licenses. Under federal law, any person with a valid Social Security number or driver’s license can register to vote, so long as they attest to their eligibility to do so. As a result, the recent executive actions dramatically expand the opportunities for illegal voter registrations in Ohio and other states by non-citizen voters who have valid forms of identification and who willingly or negligently affirm their eligibility to vote. This problem is especially serious in the context of third-party voter registration drives, which are prevalent in Ohio and other states. Such drives occur outside of the presence of election officials who could explain that citizenship—not mere lawful presence—is a fundamental requirement for registering to vote and who can caution non-citizens against erroneous attestations. “In short, by enabling millions of non-citizens to access valid forms of the types of identification required to register to vote, the recent executive actions have increased the risk that non-citizens may illegally register to vote and vote in our elections…”