There Are Two Americas 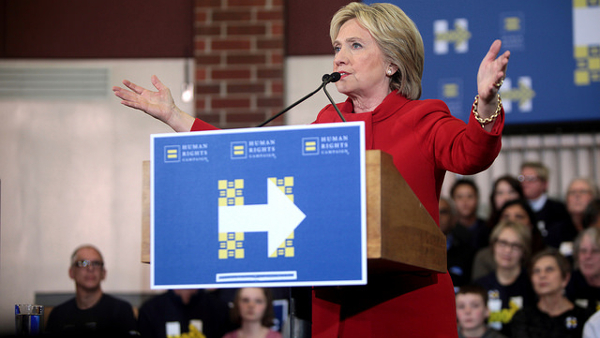 The left is fond of saying that, “There are two Americas.” The slogan is meant to inspire class and race rivalry, but there is little justification for the concept.

But there are, indeed, two Americas. The U.S. has become split between the majority of the citizenry who seek to live a life concentrated on raising families, earning a living, and pursuing myriad personal interests on one side, and, on the other, a group that is wholly focused on politics, and the “fundamental transformation” (as Barack Obama termed it) of the nation.

To most Americans, politics means choosing candidates and campaigning for them in an election.  But to the hyper activists on the left, it involves every element of society and culture. It involves altering the curriculum taught in schools from first grade through graduate level, to reflect leftists’ beliefs to the exclusion of everything else. It means the transformation of news reporting from the classic mandate of objectively describing “who, what, when, where, and why” to what is essentially editorializing all the time.

Entertainment, in this all-encompassing effort, is merely a vehicle to broadcast propaganda. No comedy show is complete without digs at moderates and conservatives. Dramas are vehicles to cast the other side as villains.

There is a major behavioral difference between moderate and conservative elected officials and their opposite numbers. The former generally seek office to resolve specific issues; the latter, to pursue ideological goals.  (Unfortunately, there are also careerists on both sides.)

Consider illegal immigration. No convincing case has been made that ignoring a massive influx of unskilled, impoverished people who require public support, and present dangers of increased crime and disease in any way helps the citizenry.  Yet, because they are expected to eventually vote, legally or illegally, for Progressive candidates, the left insists on ignoring the crisis.

Similarly, the numerous “virtue signaling” environmental regulations advocated by Progressive officials do nothing to alter the climate but they do set a precedent for allowing greater governmental control of private affairs, a major left-wing goal. The government of New York State has roadblocked vital energy development and infrastructure so severely that portions of the state will soon be incapable of fueling new buildings with natural gas.

In Los Angeles, the emphasis on the alleged rights of those living on the streets to engage in acts such as defecating on public thoroughfares has resulted in typhoid cases. One publication called this left-wing policy the “death” of that city.

Justice itself has been a casualty of the Left’s determination to place their ideology over everything. To protect their standard-bearers, clear criminal acts have been intentionally ignored. Consider the foul acts of Hillary Clinton in the uranium to Russia deal, and her email cover-up. Partisan bureaucrats, such as Lois Lerner, have been allowed to kidnap whole agencies (in her case, the IRS) to use as partisan attack vehicles.  No punishment resulted from either acts which blatantly violated the law.

An entire portion of the judiciary, the Ninth Circuit, has continued to issue rulings based on Progressive politics in defiance of the Constitution and statutory law.

The moderate/conservative portion of this split has, essentially, engaged in unilateral disarmament. No substantive effort has been made to challenge progressive dominance in entertainment, education, or network news. Despite howls of protest, little has been done to address the growing censorship by non leftists on social media.

The Left’s pursuit of ideology over common sense, the good of the nation, and the safety of the citizenry, announced so clearly by President Obama when he rendered his “fundamental transformation” comment divided the nation in a manner not seen since the Civil War. It’s time to recognize the danger.