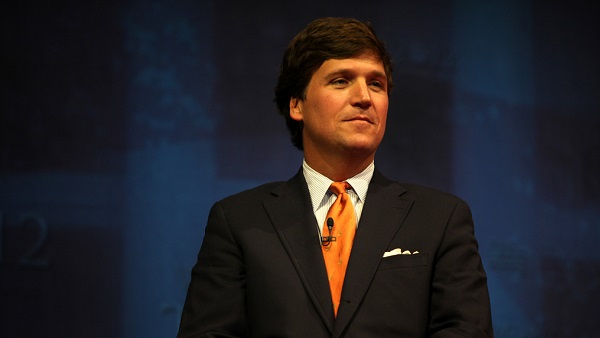 Tucker Carlson recently joined socialists Representative Alexandria Ocasio-Cortez and Senator Bernie Sanders in exhuming the medieval zombie of usury and directed it to attack credit card companies. However, their definition of usury, interest rates greater than 15%, advertises their ignorance of the history of usury.

The Hebrew Bible condemns charging interest of any kind around 1500 BC, but the context indicates that God prohibited charging interest on loans to poor people. Jews preferred lending to the poor in order to help them retain their dignity and sense of self-reliance. Charity was reserved for only the worst cases. But unscrupulous lenders would charge high rates of interest intended to force the poor person to default so that the lender could take the land that the poor farmer had used as collateral for the loan.

Later, Greek philosophers condemned the charging of any interest on a loan on the grounds that money was dead matter and could not spawn offspring as cattle or wheat could. But I would guess that was a rationalization for their contempt for commerce.

The Church chose the Greek concept of usury over that of the Hebrew Bible and made it one of the worst sins a Christian could commit, in some cases allowing no redemption for those who charged interest. Usury included not only charging interest on loans, “but the raising of prices by a monopolist, the beating down of prices by a keen bargainer, the rack-renting of land by a landlord, the sub-letting of land by a tenant at a rent higher than he himself paid, the cutting of wages and the paying of wages in truck, the refusal of discount to a tardy debtor, the insistence of unreasonably good security for a loan and the excessive profits of a middleman,” according to R. H. Tawney in Religion and the Rise of Capitalism.

Governments allowed Jews to lend money throughout history because Christians wanted loans. Christians prevented Jews from owning land or working in government and the military, leaving them commerce and banking to support their families. Lending to Christians made some Jews wealthy. Christians despised Jews because they were money lenders and hated them because they prospered at it.

The Protestant Reformation triggered a reassessment of Church theology in many areas and by then theologians had attained a better grasp on the ways of business. They began to understand that interest on a loan is nothing more than opportunity costs for not having the funds to use for one’s own purposes. Therefore, lenders could legitimately recover the real costs by charging interest.

The sin that had loomed largest in the minds of medieval theologians simply faded away. But many couldn’t let go, and so insisted that interest rates have a cap set by them. They often set it between six and twelve percent and that’s how the definition of usury changed from an absolute ban on all interest to one of just “high” interest.

Yes, Christianity had condemned usury for centuries, but when theologians realized that the Church had based the ban on faulty hermeneutics, pagan philosophy, and a poor grasp of economics, they abandoned it. They understood that the Bible condemns only charging interest on loans to the poor. In fact, Jesus seems to affirm the practice in his “Parable of the Talents” in Matthew 25:14-30. At least he didn’t condemn it.

Setting an arbitrary limit on credit card interest, as Carlson, AOC, and Sanders have done, also demonstrates that they know nothing about the business of banking. Theologians before the 20th century would spend years studying a business practice before they would weigh in with a prohibition or granting permission. Socialists are so arrogant as to think they can just pluck a number from the air. They should know that banks charge high interest on credit card debt because it has no security behind it protecting the lender in case the borrower defaults. Also, small loans carry similar fixed costs to those of large loans, and so must bear higher interest charges in order to pay their costs.

Because of the higher costs of unsecured, small loans, banning interest charges greater than 15% will do nothing but cause banks to quit lending except to people with great credit scores. That will force poorer people with low credit scores to resort to higher interest payday lenders or, worse, loan sharks.

If the three socialist musketeers are truly concerned about the poor, they should do as the Bible commands and loan their own money to them with no interest charges. That way they would store up treasure in heaven and put high interest credit cards, loan sharks, and payday lenders out of business. However, I suspect that the three socialists don’t care about the poor; they just want to be seen pretending to care by everyone and gather a gaggle of gullible admirers.