All Spending Is Not Equal 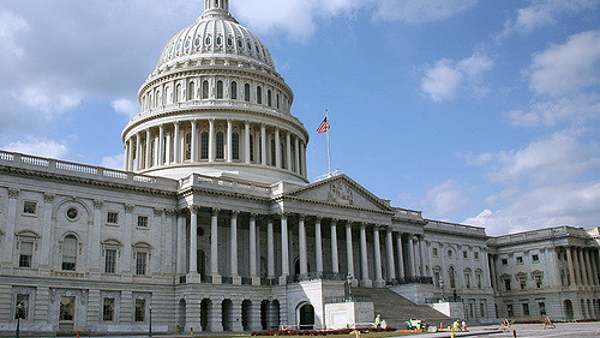 As every family knows, all spending is not equal. Repairing a busted roof, for example, has priority over taking a luxury vacation.  Families also understand that timely budgeting and planning are the most efficient ways to use income. It’s a vital practice. The federal government has yet to understand that logic.

Both Democrats and Republicans, trying not to offend any potential constituency and apparently incapable of coming to an agreement on what the national priorities should be, have engaged in ludicrous procedures that treat vital necessities, such as national defense, on the same par as the latest pork barrel project.

The most well-known manifestation of that problem is Budget Sequestration, a law that purportedly seeks to limit the federal budget, but in substance shields Congress from its responsibility to make hard decisions and spend wisely.  The idea is that if Congress enacts annual appropriations that exceed a hard cap limit, an across-the-board spending cut is automatically imposed on broad general categories. The current incarnation of this concept came into effect (it has antecedents going back to 1985) in the Obama-era Budget Control Act of 2011, a period which doubled the national debt with little to show for all that spending. Indeed, despite slashing defense spending, and doing little to stabilize key programs such as Social Security, and despite excessively high taxes on individuals and businesses, it didn’t stop the doubling of the national debt, from about $10 trillion to over $19 trillion.

“Unless Congress and the President reach a new budget agreement, both non-defense and defense discretionary program areas will face deep cuts in 2020 and 2021, forced by tight funding limits and additional cuts. […] Since 2013 lawmakers of both parties have broadly agreed that the BCA-mandated caps are too low to meet national priorities in both defense and non-defense areas. To address this shortfall, Congress has enacted a series of temporary budget deals, generally lasting two years, that have increased funding above the sequestration levels. Each deal increased both the defense and non-defense discretionary caps by roughly equal amounts, recognizing that the BCA’s sequestration provision cut defense and non-defense programs by equal amounts…”

The irresponsibility of Congress’s approach to the budget hurts the nation across the board. The inability to timely come to a broad budget agreement in compliance with sequestration results in “continuing resolutions” which, due to uncertainty and a lack of program continuity, results in higher expenses.  The General Accounting Office (GAO) describes the problem:

“In all but 4 of the last 40 years, Congress has passed continuing resolutions (CR) to keep agencies running between budgets. Without appropriations or a CR, the government may partially shut down. We testified that CRs, possible shutdowns, or both create uncertainty and inefficiency for agencies. For example, our past work found that agencies have reported delays and rework in contracts, grants, and hiring.”

A Heritage study of this process provides one example:

The point is hammered home by an American Enterprise study:

“Continuing resolutions negatively impact the military. […] CRs freeze individual appropriations [and] tens of billions of dollars will be misaligned. For instance, though the difference between the 2020 requested level of $750 billion and the 2019 spending level of $716 billion is only $34 billion, the actual effect of the CR is greater because the additional funding is misaligned compared to the budget request—and often at a lower level. This misalignment negatively affects all accounts […] by injecting uncertainty into every process, these spending freezes create significant sums of financial and personnel waste through duplication of work, higher prices, and contracting delays.”