Why Do Democrats Hate Families? 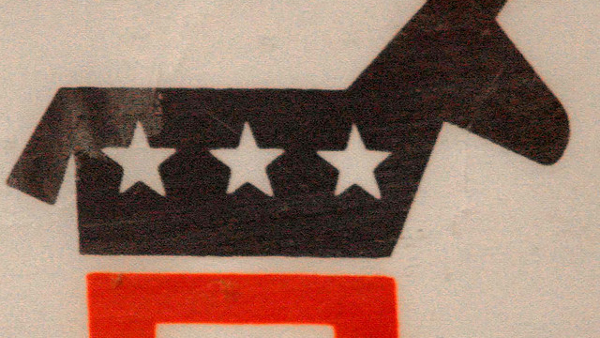 (Photo by David) (CC BY) (Resized/Cropped)

Why has the Democrat party become the party of the alphabet gang, the LBGTQRSUV… crowd? Because socialists have always hated the family. Jonathan Newman quoted from Marx and Engels in The Communist Manifesto:

Abolition of the family! […] On what foundation is the present family, the bourgeois family, based? On capital, on private gain. In its completely developed form, this family exists only among the bourgeoisie. But this state of things finds its complement in the practical absence of the family among the proletarians, and in public prostitution.

The bourgeois family will vanish as a matter of course when its complement vanishes, and both will vanish with the vanishing of capital.

Do you charge us with wanting to stop the exploitation of children by their parents? To this crime we plead guilty.

And Engels wrote in Principles of Communism:

What will be the influence of communist society on the family?

It will transform the relations between the sexes into a purely private matter which concerns only the persons involved and into which society has no occasion to intervene. It can do this since it does away with private property and educates children on a communal basis, and in this way removes the two bases of traditional marriage – the dependence rooted in private property, of the women on the man, and of the children on the parents.

Socialism birthed the twin hatreds of the family and property. The father of modern socialism, Saint-Simon sought to replace Christian morality with his own based on “reason.” Charles Fourier promoted casual sex and homosexuality. Barthelemy-Prosper Enfantin, a successor to Saint-Simon, substituted for the “tyranny of marriage” a system of “free love.” Marx had a family, but allowed at least one child to starve to death. Engels fathered children outside his marriage.

In addition to promoting immorality, early socialists despised inheritance, seeing it as the chief means to preserve wealth inequalities. Because parents naturally become attached to their children, plan for their future, and lavish attention on them, socialists correctly saw that the only means of eliminating inheritances was to destroy the family. Plato’s Republic inspired them to form a society in which all children would be raised by specialists, not their parents, so that no one knew which children were theirs and therefore couldn’t give them special treatment.  This was the same motivation behind public education.

Joseph Schumpeter in his book Capitalism, Socialism and Democracy argued that capitalism prospered under a system of medium size businesses owned by families because parents would operate their businesses with a goal of leaving a legacy to their children and that would make the parents future-oriented. He saw corporations as a threat to capitalism because the managers couldn’t leave the business to their children and that made them more short-term oriented in their decision making. Socialism’s attack on inheritance is one strategy to defeat the family by destroying medium size family- (bourgeois) owned businesses.

Socialists are consumed with envy, which makes them think that if everyone has exactly the same number of toilets in their houses, and the same cars and coffee pots, they will be happier and crime will disappear. They must destroy the family in order to achieve their utopia. Of course, history has proven them wrong but they don’t know history and if they did they wouldn’t care.

Their hatred of the family in turn inspires Democrats to promote any lifestyle that might contribute to the break-down of the family, such as homosexuality and transgenderism. Another strategy is to divide and conquer families by pitting husband against wife with radical feminism. They dream of a society in which no institutions exist but the state, no families, no churches, no clubs or associations; only a mass of atomized individuals looking to the state as their father, mother, and brother, while they have causal sex with each other.

Wilhelm Roepke, the great German economist, quoted Hippolyte Adolphe Taine (21 April 1828 – 5 March 1893), a French critic and historian, on the subject of the family in his book, A Human Economy:

“We want no more local interests, memories, dialects, or patriotism. There must be only one bond among individuals, namely that which ties them to society as a whole. We shall break all the others; we cannot tolerate individual groupings, and we shall do our best to disintegrate the most tenacious of them all, the family.”

Democrats hate families because they’re socialists and socialists have always known that the family presents one of the greatest obstacles to instantiating their beloved socialism. The other road block to socialism is Christianity. So why are Democrats amazed that Christians voted for Donald Trump in spite of his past?