Will The Democratic Conventions Be As Violent As 1968? 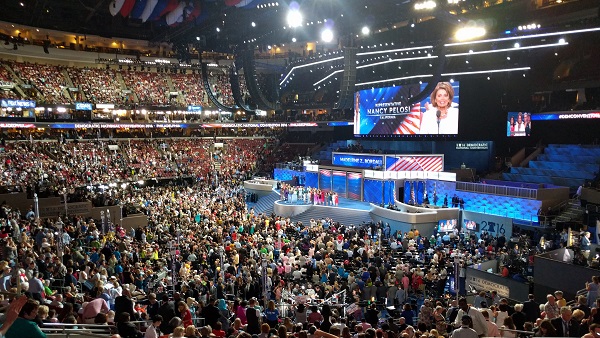 During their demonstration held Saturday, June 30, in downtown Portland, Antifa (anti-fascist) marchers swinging baseball bats beat an elderly man and one who came to his defense. Then they beat journalist Andy Ngo, leaving him with serious head injuries.

Those seem like unrelated incidents, but they’re not. They’re all about “critical theory.” Bear with me as I explain because the left’s embrace of the theory explains why the coming party conventions may become as violent as the Democratic Convention of 1968.

Depending on who you read, critical theory can be an upstart philosophy or ancient one. This post, “Just what is ‘Critical Race Theory’ Anyway?” provides an excellent introduction with good links for those who want to go deeper.  Like most nonsense, the “theory” if filled with philosophical filigree to give it the appearance of substance. Boiled down, it’s just this: power is everything and all that matters. If they’re deconstructing an ice cream cone or politics, the only thing they care about is who holds the power. In every activity, in every way and every day, someone with power is oppressing someone with less power. Nice people don’t exist; only oppressors and the oppressed.

So who are the oppressors? They’re the old white Christian men because they created Western Civilization and the culture that dominates today. They oppress everyone else. Success requires that others abide by their morals and rules. “Intersectionality” is the study of those suffering more than one kind of oppression. For example, a black, female, atheist, poor, lesbian suffers from five kinds of oppression.

If none of this sounds logical, then you understand. It’s not supposed to be logical or even reasonable because critical theorists assume that truth doesn’t exist; we make reality what we want it to be. (That’s why people can “choose” their gender and aren’t limited by biology.) Reason is nothing but a tool of the powerful to oppress others. Critical theorists take pride in their lack of reason.

While it’s not true that dead white Christians invented reason and logic, it’s true that the Bible places a great deal of weight on reason while Plato and Aristotle were Caucasians. The great philosopher Alfred North Whitehead wrote that modern science appeared first in the West because of Christianity’s obsession with reason and insistence that God is reasonable. God ordered the universe in a way that humans could understand it through reason. Other religions worshiped arbitrary and capricious gods who could change the laws of nature at any time, so they didn’t bother to study how nature worked.

So how does Representative Alexandria Ocasio-Cortez fit into this? She saw concentration camps where they don’t exist. She’s not delusional. She’s being a good critical theorist. Remember, truth doesn’t exist for critical theory; we make the reality we want. She’s speaking into existence the reality she wants, something like God speaking the universe into existence. Facts on the ground mean nothing to her.

If critical theorist warriors euthanize reason, how do they persuade people to follow their reality? They try to shame and ridicule opponents into submission, but if that doesn’t work, they have nothing but violence. That’s why Antifa beat up those who challenged them in Portland.

I hope I’m wrong, but critical theorists like democratic socialists and Antifa could challenge the 1968 Democratic Convention as one of their bloodiest.