A Biblical Approach To Engaging With Corporations 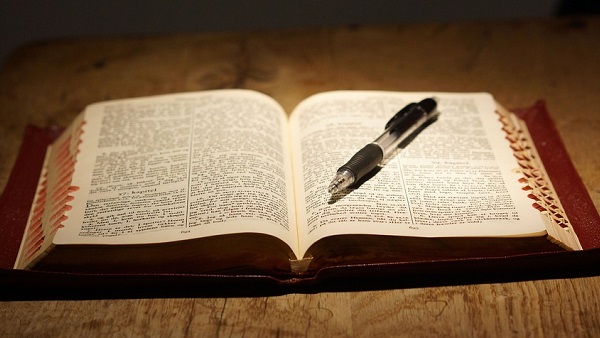 In his annual letter to corporations in 2018, Larry Fink, CEO of the world’s largest asset management company Blackrock, wrote: “Unnerved by fundamental economic changes and the failure of government to provide lasting solutions, society is increasingly looking to companies, both public and private, to address pressing social and economic issues.”  What are these pressing social and economic issues?  Mr. Fink went on to explain that those issues include protecting the environment, gender and racial inequality, and retirement; otherwise known as ESG (Environmental, Social, Governance) investing.

According to the management company Opimas, the ESG investment market is skyrocketing, driven by a growing share of investors and companies implementing strategies that include ESG criteria in their proxy voting and company selection criteria. With $23 trillion in assets under management in 2016, Opimas estimates the ESG investment market grew to more than $30 trillion in 2018, with half of assets located in Europe.

Stewardship – Shareholders are asking companies to focus on people and the planet; not just their profit.

As Mr. Fink highlights in his shareholder letter, companies should be held responsible for addressing the major issues facing the world.  The cultural impact has begun with HR policies being implemented in many public companies to address corporate diversity programs and significant capital is being deployed by companies to create environmental assessments and programs to not be labeled as irresponsible.

This article proposes a framework for a biblical approach to corporate stewardship and engagement.

We start with the Creation story.  Prior to the fall, Adam and Eve were tasked with the management of the Garden of Eden, the subduing of the earth and the filling of it. They had a responsibility to perform “work,” and their tasks were blessed by God.

After the fall, however, pain and frustration became associated with these same tasks. Eve is told in Genesis 3:16, “With painful labor you will give birth to children.” Adam is told: “Through painful toil you will eat food from [the ground] all the days of your life. It will produce thorns and thistles for you.. … By the sweat of your brow you will eat your food” (3:17b–19a).

Finally, God moves Adam and Eve out of the Garden and closes the door on its economic structure, banishing humanity into a new model of sustenance. In the Garden, there had been balance, with God as the ultimate source of provision and the earth the tool through which He provided. Now work is toilsome, painful, and frustrating. Before, God had created all that was needed, and there was wholesome balance. Now, there is the potential for scarcity and lack. To not work meant to not eat. While God remained (and still remains) the ultimate source, after the Fall, Adam’s actions more directly factored into Adam’s supply.

This puts humankind at the center of the stewardship mandate.  Our actions have consequences.  How we respect life, treat each other, and the creation determines our present and future level of human flourishing.  Company’s decisions also have consequences and it is with this Biblical focus on humanity as made in the image of God with inherent dignity that a new system of actively engagement with company decisions be developed.

The effort’s focus will be on the protecting the sanctity and dignity of life with the belief that people are the solution to our world’s challenges; not the problem.  It is a positive message believing in an abundance vs. scarcity mentality.

The application of this effort is for companies to be evaluated which could help investors vote proxies, help develop pro-dignity policies to solve challenges and help boards and leaders refocus their policies in a pro-human agenda.

The approach starts with a set of positive affirmations:

These affirmations would then be used to address the following problems:

To further this approach pointing to an example:  North and South Korea.  This is the starkest difference on earth of governance styles on how it dignifies vs. uses people.  As this picture reveals symbolically light (progress) and darkness (stagnation), the table reveals some key metrics:

Productivity per capita is dramatically higher in the South.   Medically, South Korea is far more advanced with much lower infant mortality rates and longer life expectancies.   When it comes to the primary criteria of environmental concerns, CO2 emissions, South Korea produces almost four times the amount of CO2 than North Korea.

Looking through the human dignity and sanctity evaluation criteria, South Korea receives a strong leadership, governance and social score while the environmental score appears problematic.  This is where the human dignity centered view of leadership and governance policies consider the use of energy to create more capital for medical advancements.  This doesn’t excuse the leadership and governance from addressing any potential environmental impact, but policy changes should be balanced with the impact to people.

Shareholder engagement historically has been associated with activist investors.  Think Michael Douglas in the movie Wall Street where the character Gordan Gekko attempts to get control of a company by convincing the shareholders in the annual shareholder meeting to get new management so they can shut down the business and sell off the assets.

Outside of activist investors, largely shareholders have been silent on corporate issues and mostly vote with corporate management or boycott companies by screening out companies that investors find socially irresponsible.

For too long Christians are known for what we are against vs. what we are for.   Engaging companies with a positive message of being for people can help shape company policy.  But this influence can only be done if Christians’ voices are heard.  Like the civic duty of voting on public policy, we should also vote proxies and influence corporate policy.  To do that effectively we need to be shareholders. We should not be fearful isolating ourselves to remain pure but instead boldly engage the world knowing Jesus is the purifier of the world.

The world of ideas that shape culture will be greatly influenced by companies.  Christians can influence these companies and therefore the culture with a positive pro-human message.  Christians should start by choosing to engage (in accordance with each Christian’s conscience) rather than boycott companies.  Creating an outreach effort to evaluate companies to encourage them to protect and dignify life is a method for corporate cultural impact.

[4] CO2 emissions (metric tons per capita). Carbon dioxide emissions are those stemming from the burning of fossil fuels and the manufacture of cement. They include carbon dioxide produced during consumption of solid, liquid, and gas fuels and gas flaring.  Source:  NationMaster