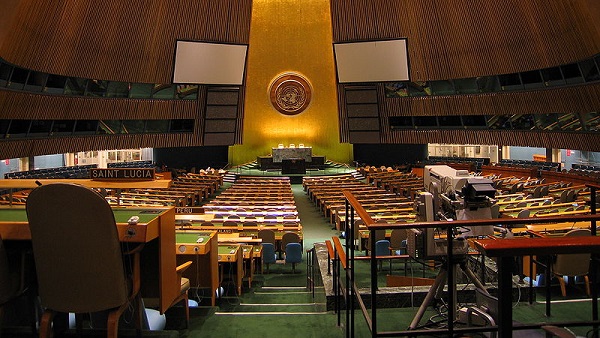 The United Nations Intergovernmental Panel on Climate Change (IPCC) has produced another special report, entitled “Climate Change and Land,” that discusses global warming, desertification, extreme weather, and other such issues that they say threatens the ability of  human populations to feed themselves, with the potential for food crises on several continents at once. The New York Times reporting on it is, as expected, fawning and uncritical. They quote one of the lead authors, Cynthia Rosenzweig, as saying “The potential risk of multi-breadbasket failure is increasing,” and “All of these things are happening at the same time.”

The plain fact is that, even if all of these things are occurring with increasing frequency and intensity, just as they say, their connection to global warming is dubious at best. There has been a two decade pause in the warming trend, a growing divergence between observed temperatures and predictions, so if there were indeed a connection, those events should also show a divergence from the long-term trend. Something doesn’t fit.

There has not been, however, a statistically-significant increase in frequency or intensity of weather-related events over the last few decades. There certainly has been an increase in damage and human tragedy caused by hurricanes, tornadoes, floods, and other events, but that is primarily due to the perverted incentives of giving people cheap, government-subsidized insurance premiums to build in dangerous places. People who build multi-million dollar mansions on the ocean shoreline or in flood plains should be paying very high insurance premiums to reflect the totally expected high incidence of loss.

An important focus of the report is the purported likelihood of food shortages and the disruptions that they could create. Like Thomas Malthus, who fretted about the world running out of food two centuries ago, and Paul Ehrlich, with his similar discredited work three decades ago, the U. N. can see no possible way that people can find ways to feed themselves, given their dismal scenario. Similar to the previous fear-mongers, they assume that the only things that will change in the future are more people and less land to feed them.

They fail to consider that human societies solve problems with new technologies, new processes, and new products. A large portion of the land under agriculture that they cite is not subject to modern methods, but rather to subsistence farming with primitive implements. It is extremely inefficient. They decry the large portion of food that is wasted, but much of that occurs in poor countries because they do not have refrigeration or other effective storage and preservation methods. Food that is not used is spoiled. Yet those same people do everything they can to prevent development of energy and technologies for efficient farming and food preservation in those countries. In developed nations, there is less land used for agricultural than in the past, feeding many more people, even with exports. Their arguments, as usual, are incoherent.

Droughts and crop failures occur regularly in all regions of the globe. Famines, however don’t occur in developed countries, and the reason is well-understood. With free and open markets, when one area has a crop failure, markets adjust, prices increase, and products are readily transported from other areas. If a country has an actual famine, the one sure conclusion you can make is that it does not have such free markets, that price increases are limited or prevented, that physical movement of food is constrained, or some other non-market intervention, often by people who consider themselves compassionate.

As usual, the central planners at the U. N. propose more government intervention as the solution to impending doom. As with everything else, they are wrong, and their supposed compassion it empty socialist rhetoric.