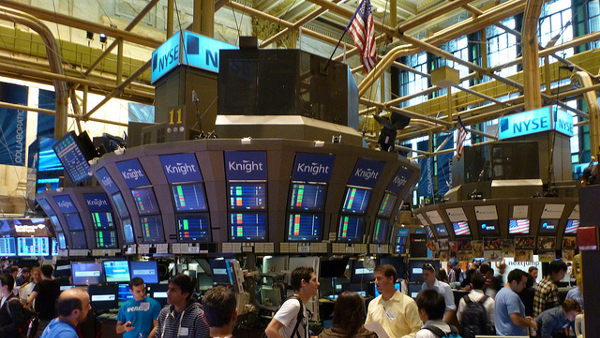 There is an intense drive on the part of the U.S. media to convince the public that a recession is in the near future. While there are always indications both positive and negative for the economic forecast, there are political motivations for those emphasizing a possible downturn.

Kimberly Amadeo, writing in The Balance, reports that, “The U.S. economic outlook is healthy according to the key economic indicators…There isn’t too much inflation or deflation. That’s a Goldilocks economy.”

In another area, mining, even labor leaders have praised Trump for his success. In an interview with The Hill Cecil Roberts, president of the United Mine Workers of America, it was noted that “According to a 2018 report by the Bureau of Labor Statistics, an estimated 2,000 new coal jobs were created during Trump’s first year in office” and the once nose-diving labor picture there has finally stabilized.”Wage growth across the board continues to be a positive note.The economy is considered to be in the best condition in the past 19 years, with the highest confidence rating in the past 14.

The significant threat to the economy from China’s rapacious policies of restricted access to its markets, intellectual property theft, dumping and other practices long ignored by Washington, is finally being addressed by the White House.  While this could result in some substantive temporary issues, the long-term result will be a significant boost for the U.S. economy.

His analysis explains that,

“The United States is simply a better place to invest in today than it was two years ago. If/when Mr. Trump prevails and gets the concessions from China, the market upside is gigantic and that’s what isn’t being discounted into the market today. There’s an old saying that Wall Street economists have predicted eight of the last two recessions. The bears in the economics profession keep getting paid a lot of money misreading the nation’s economic weather. […] The boom began on Nov. 8, 2016, not in 2009. The recovery was anemic in the Obama years.”

A biased media continues to overemphasize negative indicators.  It’s more than just poor journalism.  The type of fear generated by that incorrect reporting can lead to a lack of confidence that actually could spur a recession. In an analysis for the Federal Reserve,  David S. Miller warns, “It’s hard to predict recessions. We haven’t had many, and we don’t fully understand the causes of the ones we’ve had. Nevertheless, we persist in trying.”

As Joseph Valle reported in Newsbusters that the leftist media hyped recession fears every single day in June and July.

“… At least one journalist openly sided with left-wing comedian Bill Maher who wants a recession to get rid of President Donald Trump. NBC’s Richard Engel chimed in “Short-term pain might be better… after Maher said ‘I really do’ want a recession on HBO’s Real Time with Bill Maher Aug. 9.

“A recession is generally considered two quarters or more of negative economic growth. That hasn’t stopped the media from pushing “dark clouds” and the likelihood of a recession coming soon, possibly even before the 2020 election. That could have serious consequences if economist Mohamed El-Erian was correct when he warned “we’ve got to be careful because we can talk ourselves into a recession.”

Gregory Daco, writing in The Hill warns that, “We must not turn recession fears into self-fulfilling prophecies.”