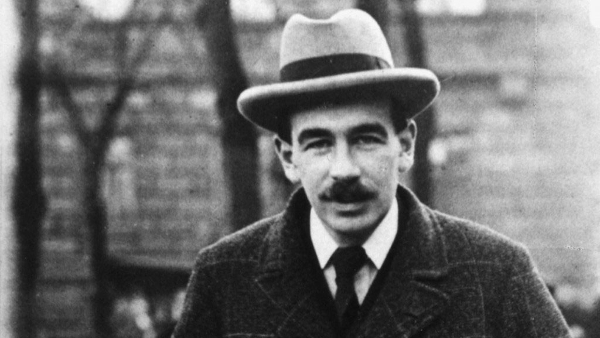 In a conversation with my financial advisor on Keynesian economics he explained it to me in this manner:

The government takes money from me via taxes.  (In the financial advisor’s example, they take $100 from me.) Then they borrow another $100 from another source.  They take the $200 and give it back to me.

The problem with Keynesian economics is that 1) the money they borrow will have to be paid back by me with interest added (paid back by the taxpayers) – since the government has no wealth, nor does government create any wealth, and 2) there is an embedded assumption that the government knows better than me, and the other 300-plus million of my fellow Americans and thousands of companies, how, where, and when to spend the money.  They (the government) simply do not!

When I responded to my financial advisor that I have never received back this $200, he replied that it is actually “given back” by the stimulus package – or by the government “spending” it.  Again, this is directly to my point in the above paragraph.  They, the government, are assuming they know how, where, and when to better spend my money than I do.  Also any bureaucracy consumes resources – meaning both the $100 taken from me and the $100 borrowed will not be put – “spent” – into the economy as a total of $200 because part of it is consumed to cover the transactional cost of the bureaucracy.[1]  And, since the government does not have any competitive incentive to work effectively with either my or the borrowed[2] $100 dollars ($200 total) they will always consume a higher percent – compared to the private sector – due to their transactional costs; nor, again, does the government create wealth as would a company or individual.  This means that governments, from an economic standpoint, are irrational, as Eric Englund explains:

…it is impossible for bureaucratic operatives to rationally allocate resources, which is due to the impossibility of applying a profit-and-loss test to the operations of the state.  Such impossibility arises as a state’s revenues are based not on voluntary market exchanges but are based on coercion mostly via taxation.  In a world of scarcity, it stands to reason that entities which misallocate resources and destroy capital are fundamentally irrational and undesirable.  Any entity that comes into existence based on coercion and theft and then is incapable of rationally allocating resources under its control is criminal in nature and harmful to mankind.  This entity is the state.[3]

An astute observation made by Eric Graf, a visiting professors at Francisco Marroquín University in Guatemala, as a result of his study of Juan de Mariana, the 16th century Spanish Jesuit Priest and scholar on currency, is that, “The interventionists reason that with more money chasing the same amount of assets, goods, and services, people will shrug off the urge to save because their net worth will appear to stabilize.”[4]  A dangerous and eventually damaging economic behavior and result, as Dr. Graf notes, was the eventual result of the Spanish economy under the Habsburg monarchy.   These same principles are every bit as true today as a result of the collectivist-interventionist flawed economic reasoning.

[1] A counter argument to this is that companies also have transactional costs which consume resources (money) – which is true, BUT companies (people) create wealth which adds more than is consumed, or they go out of business.  The government does not go out of business for lack of creating wealth – the government simply steals (taxes) and consumes more wealth from the citizenry.

[2] Recall since the government is not the one required to pay back these borrowed funds (plus interest), they have no incentive to manage it responsibly.