As the United States and China escalate the past year’s trade dispute into full-scale economic war, the decisive fact in the conflict has gone entirely unmentioned: China has already won the critical engagement in the conflict.

It did so when Washington cajoled and threatened its allies to boycott Huawei’s rollout of 5G broadband, and suffered the most humiliating rebuff in this writer’s memory.

China has triggered a global network effect that begins with the domination of ultra-fast wireless broadband and extends to e-commerce, finance, logistics and transportation – the means to commercialize the labor of billions of people in the Global South. China’s lead in 5G also gives it a head start in a vast array of industrial and consumer applications.

Of these applications, the one that most unnerves the American security establishment is quantum cryptography, a technology pioneered by China that is theoretically unhackable.

On July 7 I revealed in this publication that the new 5G systems would embed quantum cryptography, preventing US intelligence agencies from eavesdropping on the world’s communications and destroying a key American advantage.

That is why the intelligence community prevailed on the Trump administration to derail Huawei’s 5G rollout at all costs.

Control of game-changing technologies like 5G broadband – the sort of technology that transforms the lives of billions of people and generates trillions of dollars in wealth – is passing to China for the first time.

China has a disturbing record of technology theft, to be sure, but China’s past misbehavior is of minor importance compared to its homegrown innovations.

The United States didn’t bring the proverbial knife to a gunfight. It brought nothing to the gunfight, because no American company produces 5G equipment, and the European alternatives to Huawei, Ericsson and Nokia, offer an inferior and more expensive product.

The Trump administration might have tried to persuade US companies to enter the field, but it showed no interest in creating an American national champion to compete with Huawei.

America’s trade deficit with China is a minor issue next to the tech war the United States is losing. China’s biggest exports to the United States are low-value-added consumer electronics, products that the United States lacks the skills and supply chain to make, and doesn’t want to make, because the labor is paid below American standards.

The US has lost the first decisive engagement of the economic war with China. To my knowledge, Washington has no plans to revive American production of key technologies, nor any plans to put the resources into R&D that would enable the US to counter China’s advantage in some key technologies.

Washington’s military and national security establishments are now in a collective tantrum over the hitherto unimaginable fact that the Chinese have gotten the better of them.

American rancor against China arises from the belated realization that sloth, complacency and fecklessness have allowed a country that two generations ago starved 50 million of its people to death to rise and challenge American dominance.

It recalls Kaiser Wilhelm II’s urgent advice to his cousin Nicholas II of Russia in 1904 to go to war against Japan as the “savior of the white race.” In consequence, Russia lost its entire fleet to Japan and brought on the 1905 Revolution and, ultimately, the fall of the Romanov dynasty.

For the past year I have warned that America’s confrontation with China would terminate in the economic equivalent of Port Arthur.

On June 12, 2003, I observed in this publication that the worst damage in war typically occurs after the hope of victory has vanished. Sadly, this may apply to the economic war between the US and China as well.

Due to the migration of the Asia Times archives to a new server, the article is not presently available, so I quote the relevant content below:

“A recurring theme in the history of war is that most of the killing typically occurs long after rational calculation would call for the surrender of the losing side. Think of the Japanese after Okinawa, the Germans after the Battle of the Bulge, or the final phase of the Peloponnesian War, the Thirty Years War, or the Hundred Years War. Across epochs and cultures, blood has flown in proportion inverse to the hope of victory. Perhaps what the Middle East requires in order to achieve a peace settlement is not less killing, but more.

“Mut der Verzweiflung, as the Germans call it, courage borne of desperation, arises not from the delusion that victory is possible, but rather from the conviction that death is preferable to surrender. Wars of this sort end long after one side has been defeated, namely when enough of the diehards have been killed. Don’t blame the president’s provincialism. This has nothing to do with Bushido, Nazi fanaticism or other exotic ideologies.

“The most compelling case of Mut der Verzweiflung can be found in Bush’s own back yard, during the American Civil War of 1861-1865. The Southern cause was lost after Major General Ulysses S Grant took Vicksburg and General George G Meade repelled General Robert E Lee at Gettysburg in July 1863. With Union forces in control of the Mississippi River, the main artery of  Southern commerce, and without the prospect of a breakout to the North, the Confederacy of slaveholding states faced inevitable strangulation by the vastly superior forces of the North.

“Nonetheless, the South fought on for another 18 months. Between Gettysburg and Vicksburg, the two decisive battles of the war fought within the same week, 100,000 men had died, bringing the total number of deaths in major battles to more than a quarter of a million. Another 200,000 soldiers would die before Lee surrendered to Grant at Appomattox in April 1865.”

Dear Politicians, True Poverty Is A Perpetuation Of The Work Of The Past... May 29, 2020 | John Tamny 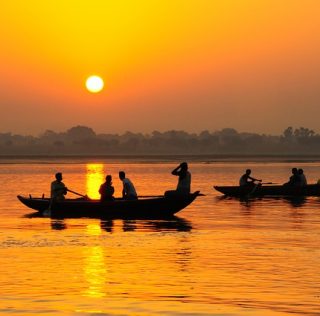 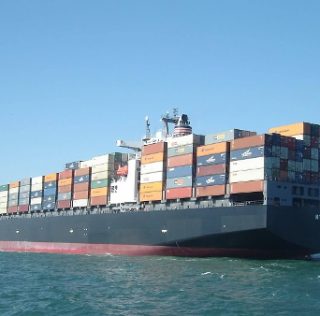 Contagious Holiness: The Jesus Model For Engagement In The Marketplace... May 18, 2020 | Jerry Bowyer

National Conservatism Will Lead Us To Greater Socialism... May 18, 2020 | Roger McKinney

Optimism And Pessimism In Western Culture... May 18, 2020 | Vishal Mangalwadi

Simple Principles Are Better Than Complex Models... May 14, 2020 | Daniel McLaughlin

Sign up for Affluent Investor's free email newsletter and receive a free copy of our report, "How the Trump Impeachment Crusade Costs you Money ."