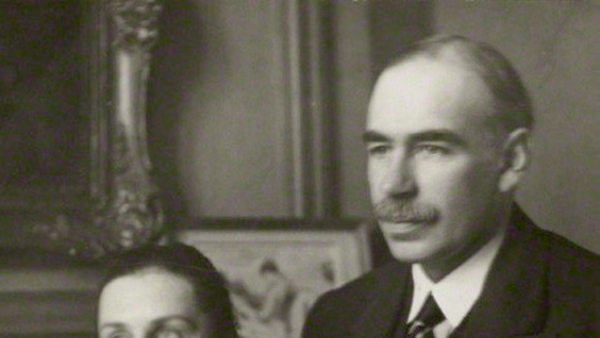 This is a circular discussion which is not logical in its rationale.  Accordingly to Keynesians – and derived John Maynard Keynes’s texts – economic activity is presented in terms of a circular flow of money.  Dr. Frank Shostak[1] brilliantly explains this circular Keynesian irrational logic:

Recessions, according to Keynes, are a response to the fact that consumers – for some psychological reasons – have decided to cut down on their expenditures and raise their savings….so, once an individual spends less, this worsens the situation of some other individual, who in turn also cuts his spending.

[I.E.C. 2]   Consequently, a vicious circle sets in: the decline in people’s confidence causes them to spend less and to hoard more money, and this lowers economic activity further, thereby causing people to hoard more, etc.

[I.E.C. 3]  Keynes suggested that, once a low-interest-rate policy becomes ineffective, authorities should step in and spend.   The spending can be on all sorts of projects – what matters here is that a lot of money must be pumped, which is expected to boost consumers’ confidence.  With a higher level of confidence, consumers will lower their savings and raise their expenditure, thereby reestablishing the circular flow of money.

Being the medium of exchange, money can only assist in exchanging the goods of one producer for the good of another producer.  The state of the demand for money cannot alter the amount of goods produced, that is, it cannot alter the so-called real economic growth.  Likewise a change in the supply of money doesn’t have any power to grow the real economy….The essence of lending is real savings and not money as such.[3]

Shostak alludes to the details behind the discussion I had with my financial advisor at the beginning of this article. It is like a Ponzi scheme with the intervening government acting as the controlling agent of the system.  It is designed to fail, and to shift economic power, and as a result, to diminish freedom and the liberty of Americans. In fact, a revealing graph developed by W. Michael Cox and Richard Alm shows a correlation between increased federal spending (as a share of GDP) and unemployment. As federal spending increases (Keynesianism) so does unemployment; that is, the two curves parallel with the propensity for the increase or decrease in spending to lead the increase or decrease in unemployment. The graph covers 110 year (1901 to 2011) and the only significant exceptions are WWI and WWII, which are anomalies as government spends and employs (indirect employment due to military hardware and munitions contracts) which greatly skews the normal market.[4]  In short, Cox and Alm illustrate that Keynesianism fails continuously.

The madness of this scheme and its economic destruction has been proved out, and the response and results of the 1929 crash and the ensuing depression warrants its rejection. This inverted thinking causes great calamity, so:

While high wage rates are actually the consequence of greater productivity and capital investment, this theory put the cart before the horse by claiming the high wage rates were the cause of high productivity and living standards.  It followed, of course, that wage rates should be maintained, or even raised, to stave off any threatening depression.  [President Herbert] Hoover began championing this theory during the Unemployment Conference of 1921.  Employers on the manufacturing committee wanted to urge lowering wage rates as a cure for unemployment, but Hoover successfully insisted on killing this recommendation.[5]

Professor Lee Ohanian summaries Herbert Hoover’s economic policies and results very concisely and accurately. Hoover’s economically destructive intervention “raised real wages substantially above market-clearing levels which in turn kept employment and output low… In November 1929… [Hoover] told [the leaders of major industrial organizations] that at a minimum, they should not cut wages, and preferably would raise wages. He also advised to them to share work among employees [instead of reducing the number of employees to required levels].[6]  This manipulation of industry had devastating results. “The industrial labor market distortion is suggested by the fact that higher real wages coincide with substantial employment loss.”[7]  Essentially “Herbert Hoover’s approach to economics had more in common with his successor [Roosevelt] than it did with the two men [Harding and Coolidge] preceding him in the White House.”[8]

[1] Frank Shostak is an adjunct scholar of the Mises Institute and a frequent contributor to Mises.org.  His consulting firm, Applied Austrian School Economics, provides in-depth assessments and reports of financial markets and global economies.