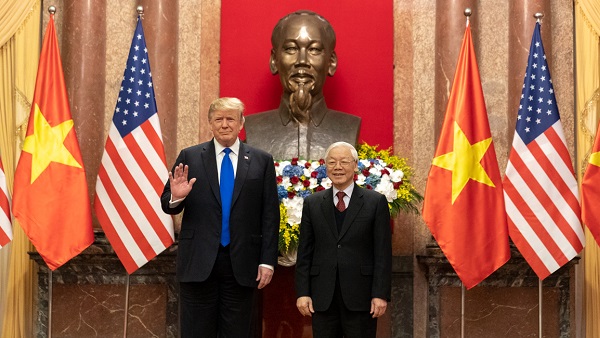 If you’re an investor who is interested in Asia, but worried about tariffs, it’s important to know that the trade war is not hitting every Asian country in the same way, and that some emerging markets have actually benefitted as corporations try to avoid the tariffs imposed on China.

A recent piece from Statista shows that while imports from China have fallen, imports from emerging Asian markets have gone up. The international investment index I work on, VIEQX, was overweight in emerging Asia as of January 31st, 2019.

While imports from Malaysia had fallen slightly, a report from the Wall Street Journal lists Malaysia along with several other emerging Asian economies as having benefited from manufacturers pulling out of China. But the American manufacturers in question aren’t, for the most part, moving production to the United States. They’re moving it to other emerging markets in Asia.

“Imports from China fell 12% in the year through May […] the biggest decline since the financial crisis a decade ago. The biggest beneficiaries of that decline have been other countries in Asia where production costs are low, such as Vietnam, India, Taiwan and Malaysia  […] There is little evidence, though, of U.S. manufacturers bringing production from China back to the U.S., a move the Trump administration hoped the tariffs would encourage.”

At the beginning of the year, VIEQX was underweight China, and overweight in Malaysia and South Korea compared to a cap-weighted index.

China might very well have suffered from the trade war, but that doesn’t mean the entirety of emerging Asia is a bad investment. So far, this is a trade war that has focused on China, and as both the Statista and Wall Street Journal reports show, several Asian countries are seeing their exports to the US grow, as American manufacturers try to avoid tariffs.