Where Is The Biblical Entrepreneurial Discipleship? 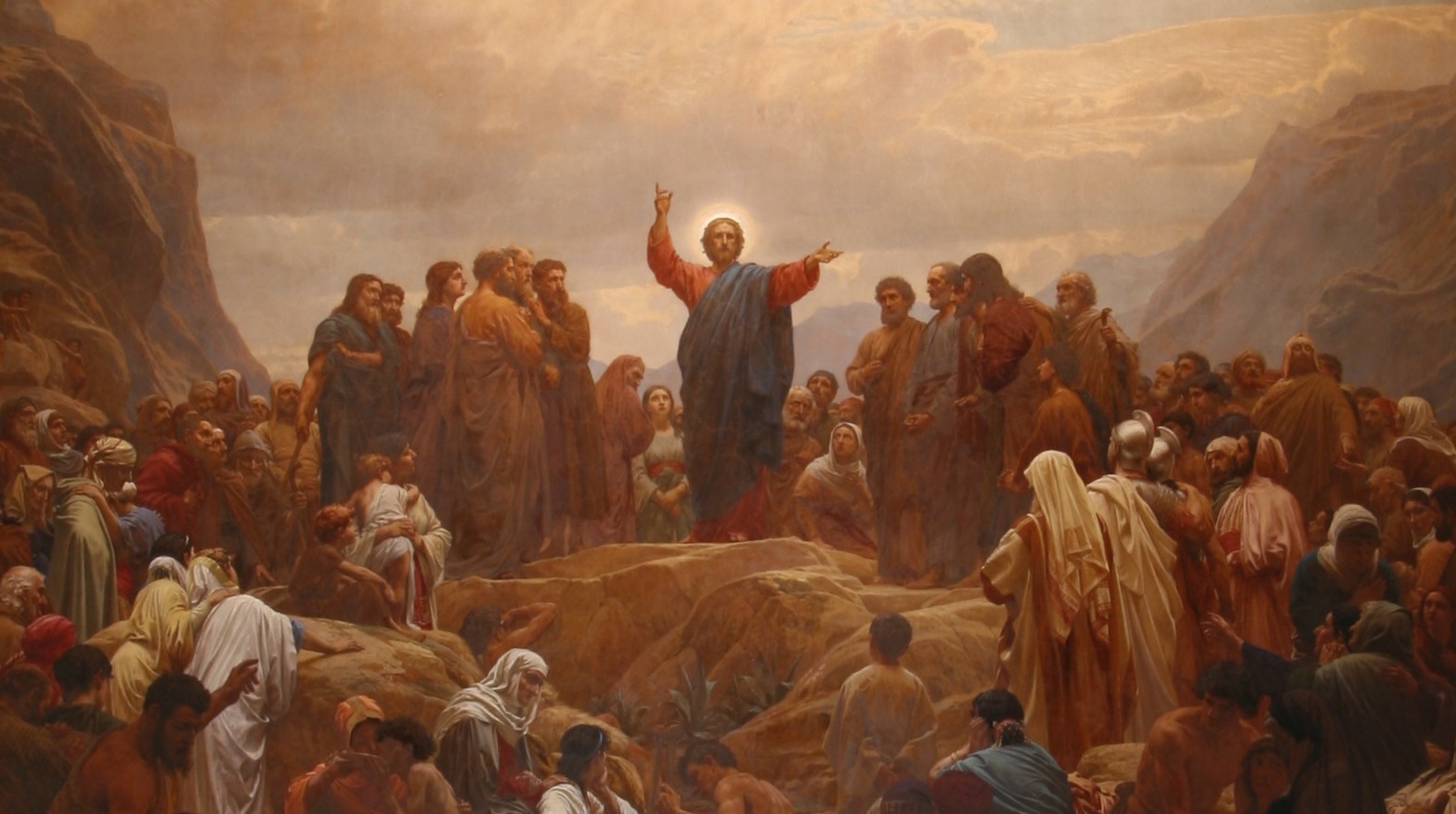 Henrik Olrik – Sermon on the Mount

There’s a saying that describes the prosperity cycles of a community, society, and nation. “Hard times create strong men. Strong men create good times. Good times create weak men. And, weak men create hard times.” by G. Michael Hopf from his book, Those Who Remain. Deut 8:18 says, “But you shall remember the LORD your God, for it is He who is giving you power to make wealth, that He may confirm His covenant which He swore to your fathers, as it is this day.”

Everyone talks “leadership,” but few want to mentor and disciple others. I’ve become weary of “bestseller” business content which is not truth-tellers because they do not anchor their content with any of the over 2,000 Bible verses regarding money and the marketplace. Maybe authors don’t want to scare off unbelievers, or don’t wish Biblical scholars or clergy to denounce their Biblical “interpretation,” or that the clergy may fail to adequately translate Biblical interpretation into life applications toward marketplace ministries, i.e., “faith plus works.”

However, the lack of acknowledging God as our source in our prosperity to me is tantamount to not giving God credit He deserves for doing His part (1 Cor 3:7 says, “God who causes the growth.”). I’m a thought follower of His content, so that we can achieve prosperity for all.

I met Steve Cruice, CPA, CFP® during a presentation I gave at a Business As Mission (BAM) breakfast meeting in the Spring. We talked afterward because he said (summarized), “I have never heard what you have said about the parable of the talents, and I went to a Christian school and graduated with a business degree.” We met for breakfast to discuss Biblical issues concerning work, prosperity, finance, and wealth creation. We hit it off discussing the same books we have read and the Biblical principles we strive to learn and apply in our lives and achieve as well as share and teach others. However, there was and is more; it boils down to this idea.

What’s the difference? Growing up, I understood the meaning of the word of discipline as punishment from my parents for my wrongdoings. When I entered the military, the second meaning of the word came “front and center,” discipline as training. Trained to be a part of something “bigger than ourselves,” to be a part of a team with a mission, and trained in military skills. However, it was not until I became an author, speaker, and Biblical entrepreneur that these two views, and the two different meanings came into a complete focus.

Proverbs 22:6 (AMPC) gives a rather interesting view of discipline and can be contrary to what Christians have come to understand the word discipline means. “Train up a child in the way he should go [and in keeping with his individual gift or bent], and when he is old he will not depart from it.” Even the Tanach, the Stone edition, quotes the verse like this, “Train the youth according to his way: even when he grows old, he will not swerve from it.” Strong’s H2596 (Gesenius’ Hebrew-Chaldee Lexicon) translates the word “train” as, “to imbue some one with a thing, to instruct, to train up…as to his manners and habits” [emphasis added]. Discipline!

In other words, discipline for a child, or even an adult, is first considered to be training. Training first, punishment second. No wonder mothers speak more words than fathers; mothers have to repeat themselves to their children MANY times more than fathers. However, a good friend asked his wife about what words she used with their kids. “How many times do you tell them, ‘NO!’? Is there a different way to speak to say, ‘YES!’ to them?” The same thing happens when you fail to train your children, to instruct them, to teach them. Having parents only tell their children, “NO!” can create fear in and for their lives instead of building up their confidence to prepare them to handle the pressures (good) or stresses (bad) of life.

However, this leads to a different view of what we tell kids and others. Proverbs 18:21 says, “Death and life are in the power of the tongue, And those who love it will eat its fruit,” and is echoed in James 3. I recently had a meeting with two businessmen; they spent more time beating up than building up, as if the old military saying were still valid, “Beatings will commence until morale improves.” I came away with the idea that their business habits might sometimes not exhibit the “fruit of the Spirit.” The discipline of training first, then the discipline of punishment next, but “go long” on practice as it does not happen the first or second try, does it?

A disciple of Christ means discipleship: dedicated to God to learn and be motivated to perform Godly habits based on His design of you and calling for you. To live out your faith in your life for the marketplace. This discipline is training per the concept of military standards such as the Navy SEALs or an F-15C/D fighter pilot. Not training like an amateur until you do it right once, but quality Biblical training, so you perform from muscle memory, so you don’t get it wrong.

“The shortcut is a lie. The hack doesn’t get you there. […] There is no easy way. […] There are people in the world who have skills and strengths and talent that I will never have. […] These notions that you can ‘be whatever you want to be as long as you want it bad enough’ are not true. They are fairy tales. We all have limitations. […] [It] means that I am going to try to be the best that I can be. […] Better than I was yesterday. Better than people thought I could be. Better than I thought I could be.”[1] It is having a growth and discipleship mindset.

1 Tim 4:7-8 But have nothing to do with worldly fables fit only for old women. On the other hand, discipline yourself for the purpose of godliness; for bodily discipline is only of little profit, but godliness is profitable for all things, since it holds promise for the present life and also for the life to come. For God has not given us a spirit of timidity, but of power and love and discipline.

As a disciple of Christ, eternal lives and rewards with His marketplace disciplines are at stake. Learning then sharing God’s financial and marketplace wisdom and then inculcating and disciplining others with His good habits leads to prosperity for all.

Heb 12:11 All discipline for the moment seems not to be joyful, but sorrowful; yet to those who have been trained by it, afterwards it yields the peaceful fruit of righteousness.

Where are the Biblical disciples to teach Biblical financial and entrepreneurial disciplines? To quote actor Ben Stein from Ferris Bueller’s Day Off, “Anyone? Anyone?”

Why? “The answer is simple: The men that did not come home. […] I will live to honor their sacrifice—a life worthy of the price they paid, for me, for us. I will not let them down.”[2]

Phil 3:14, “I press on toward the goal for the prize of the upward call of God in Christ Jesus.”