A Friendly Debate With A Leading Longevity Scientist About Keto 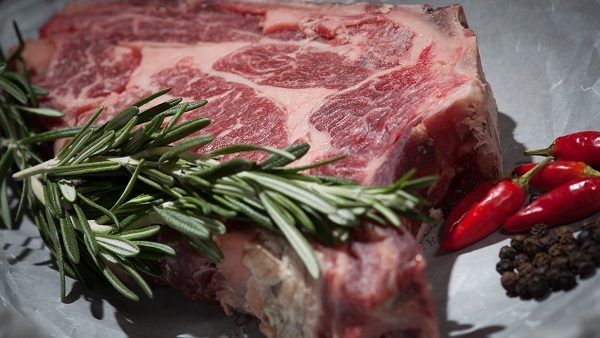 There’s an old Latin saying, ‘nomen est omen’, roughly paraphrased as ‘your name is a sign of your destiny’. I don’t know from omens, but after I read the recent book by Dr. Valter Longo about diet and longevity, I was pretty sure that longevity research was this man’s calling.

Dr. Longo is one of the most prominent of a network of serious researchers looking at ways to materially elongate the healthy lifespan of the human race. He is very invested in this both intellectually and emotionally. He also happens to hail from one of those rare ‘blue zones,’ places where it is normal to live past a century, something that he was not consciously aware of until long after having become a longevity researcher in the United States.

Longo radiates a sense of hope when he describes the lives of the centenarians and super-centenarians who are counted among his personal friends and acquaintances. He wants this to be the normal story of human life, not just the exceptional human-interest story which pops up from time to time in the press. I want that too. I think a lot of us do.

Is that just a fantasy? Longo makes a convincing case that it is not, pointing not only to ‘blue zones’ but also to cellular and subcellular biology, epidemiological research, clinical studies, and an educated sense of how complex systems operate together. What is really impressive about this multi-focal approach (which Longo calls ‘the five pillars of longevity’) is that all the foci tend to converge on the same point: the benefits of activating certain processes associated with environmental adversity, particularly the adversity of caloric deprivation. Across the spectrum of complexity from yeasts, which don’t even fully qualify as members of the animal kingdom, to man, there seems to be an embedded genetic subroutine which is triggered by deprivation and which prolongs life. The routine is genetic, but the trigger is epigenetic, involving various forms of (largely) hormonal signaling.

We’ll leave the details of igf-1, mTor and AMPK to complexity junkies. They’re dealt with in the book, but can also be fairly easily skipped over for bottom-line folks in the crowd.

And what is the bottom line? Fasting extends life. Longo is careful to define different types of fasting in contradistinction to a general fasting fad, which blurs everything from ‘don’t eat tonight’ to ‘don’t eat this fortnight’ together into one undifferentiated primordial mass.

Intermittent fasting tends to refer to the overnight version. Longo likes that, but worries that going longer than 12 hours might have some negative effects. For a different view, I’d recommend reading Dr. Jason Fung. My personal experience is that fasting longer has not led to any negative consequences for me.

One of the challenges in all this is that some of the really great benefits of fasting don’t kick in during these 12 hours fasts, or even during 24 or 48-hour fasts. There is some really powerful and wonderful stuff which kicks in at the 3 to 4-day mark, notably the release and possible renewal of stem cells.

But who wants to go four days without eating? And there are some risks involved. Longo’s book outlines a viable alternative, the fast-mimicking diet. It keeps caloric intake low enough that your body treats it very like a fast. It focuses mainly on keeping sugar low (so you don’t trigger much insulin) and keeping protein low (so you don’t trigger mTor). By keeping these signals very low, you do trigger something wonderful – autophagy, ‘self-eating’. Your body needs proteins and if you don’t give it proteins through ingestions, it turns to the proteins contained in your body. And being a smartly designed system, it turns first to dysfunctional and counterproductive cellular structures. In other words, your body doesn’t start off by eating essential brain cells – it starts with old and damaged cells and organelles. It eats what’s ‘broken’ and not pulling its weight, metabolically speaking.  Pre-cancerous and even cancerous cells are good targets for autophagy.

Speaking of cancer, Longo’s research shows that fasting and fast-mimicking diets can be astonishingly powerful allies in that fight. I was floored by the story about rats with cancer who were fasted and given chemo compared to just chemo, with results so surprising that Longo checking in on the lab results from overseas was certain that his lab assistant had simply sent him the wrong data.

Longo did not convince me of everything. I am far more positive towards ketogenic dieting than he is, which created the occasion for a respectful and constructive debate in our discussion. I call it a debate because it makes it more likely that you will click on this article and/or the audio to listen, because everyone likes a fight. I might as well break it to you now – it’s not much of a fight and Longo makes some very good points, enough to nudge me towards lower protein eating (except for my weight-training recovery days – I don’t care what the studies say, I don’t recover at the recommended protein levels).

If all of this is new to you, I say it’s time to wake up. We know vastly more about how to delay aging than we did even ten years ago, and much of it can be done without genetic engineering and oxygen tanks and fabled Silicon Valley ‘blood boys’. A lot of it can be done in your life now, with a bit of self-discipline (not heroics) and a bit of guidance.

Here’s a link to listen to the not-really-a-debate-debate.