Does God Want Britain To Be A Great Nation? 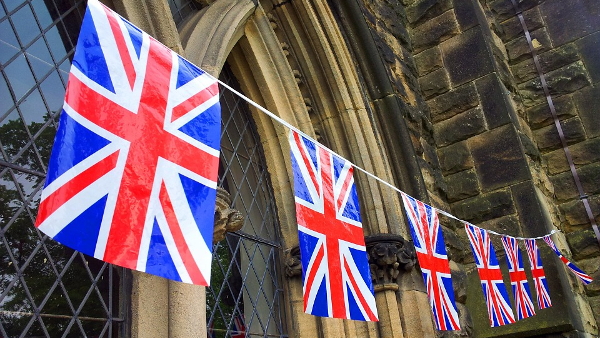 In 1988, Late Mrs. Margaret Thatcher, Britain’s the then Prime Minister, hinted at what would happen to Post-Truth Britain. Pointing to the secret of Britain’s earlier greatness, she said:

“We are a nation whose ideals were founded on the Bible. Also it is quite impossible to understand our literature without grasping this fact. That is the strong practical case for ensuring that children at school are given adequate instruction in the part which the Judaeo-Christian tradition has played in moulding our laws, manners and institutions. How can you make sense of Shakespeare and Sir Walter Scott, or of the constitutional conflicts of the seventeenth century in both Scotland and England, without such foundational knowledge? . . . there is little hope for democracy if the hearts of men and women in democratic societies cannot be touched by a call to something greater than themselves. Political structures, state institutions, collective ideals are not enough. . . [Healthy democracy requires] the life of faith. . . as much to the temporal as to the spiritual welfare of the nation.” (Quoted in Christianity and Conservatism, the Rt. Hon Michael Alison MP and David I. Edwards, eds. London, Hodder and Stoughton, 1990, p.337-338)

The Iron Lady was too humble to say that she, the First Servant (Prime Minister) had greater power than the Queen because of the Lord Jesus. He transformed politics by washing the feet of his disciples in order to teach that in God’s kingdom, that he was inaugurating, the one who ministers (serves) will be greater than the one who ‘lords it over’ others.

Prime Minister Thatcher could have expanded her comment about the source of British laws. ‘Rule of Law’ is the practical source of liberty. It is one of Britain’s greatest gifts to the world. The Prime Minister and the Queen have power, but only to do good. They have no authority to violate a citizen’s rights, for they are servants of the King of kings. God is the King. God’s children are “kings” (sovereigns) in God’s kingdom. As Britain’s early political philosophers from Samuel Rutherford to John Locke realized, God’s Son gave his own life to give God’s children eternal life. Therefore, Providence gives to governments power only to serve the sovereign citizens.

Britain has functioned fairly well without a written constitution because the Justinian Code (529—534 AD), not the Positivist Law, made Britain a law-abiding civilization. That Code was an outworking of the Chalcedon Church Council (451 AD), which had realized that Jesus of Nazareth was not a creature who became God. He was God who became man in order to restore His Father’s kingdom on earth to God’s children who love Him and therefore obey His commands.

Mrs. Thatcher could have easily gone beyond Shakespeare and English literature to discuss the creation of the English language itself. It was Literary English that made the Bible’s worldview Britain’s worldview. For literary English is a product of Bible translation. Chaucer’s Canterbury Tales (1387 – 1400) transmitted to the people the language and worldview of the Wycliffe Bible (1382-1395). Shakespeare (active years 1585–1613) was nurtured on the Geneva Bible (1557-1560) which was based upon William Tyndale’s (1494 – 1536) translation. John Milton’s Paradise Lost (1667) and John Bunyan’s Pilgrims Progress (1678), the #2 Bestseller after the Bible, taught the language and worldview of the Tyndale, Geneva, and the King James Bible (1611).

I do not know if Mrs. Thatcher realized that Great Britain’s basic philosophical/ethical assumption that words can and ought to communicate truth came from the Bible. Paganism, Buddhism, and Postmodernism reject that assumption because they do not believe that the Word (logos) existed before humans did. If words, rationality, thoughts are products only of “flesh and blood” (brain chemistry) then the best they can do is to express our feelings, not truth. British jurisprudence was built on the ethical foundation that following Jesus and his apostles, a witness will testify to the truth, the whole truth and nothing but the truth. Likewise the Press was honored because news reporters were witnesses to the truth. They were not expected to be spinning stories to please their paymasters.

Mrs. Thatcher could have gone on to explain that the Bible’s logo-centric worldview made Britain an educated, thinking and scientific civilization. Without the Bible, Britain could not have become the birthplace of the Bill of Human Rights, a pioneer in compassionate/scientific health care, and Industrial Revolution. Without the Bible Britain would not have hurt its economic interests by abolishing slave-trade and slavery.   She could have discussed family and the empowerment of women and children. For it was the Bible that prevented a British Monarch from having more than one legal spouse. It’s sexual ethic and philosophy of marriage required powerful monarchs to seek the Church’s permission to divorce a spouse.

Mrs. Thatcher had to be brief. But the point she made is so profound that I am writing a four-volume work on how the Bible created the modern world. The relevant point is that the Prime Minister wasn’t giving a new revelation. She simply confirmed what Britain already knew.

Her Majesty, Queen Elizabeth II was coronated on Tuesday June 2, 1953. During the Service, immediately after taking her Oath of Office, she laid her right hand upon a Bible and said: “The things which I have here before promised, I will perform, and keep. So help me God.” The Queen then went on to kiss the Bible, signed the Oath and returned to her chair. Then, as the photo shows, the Archbishop of the Church of England and the Moderator of the General Assembly of the Church of Scotland presented the Bible to her, saying:

“Our gracious Queen:
to keep your Majesty ever mindful of the law and the Gospel of God
as the Rule for the whole life and government of Christian Princes,
we present you with this Book,
the most valuable thing that this world affords.

Here is Wisdom;
This is the royal Law;
These are the lively Oracles of God.”