Greta’s Right About One Thing: Someone Has Stolen Her Childhood 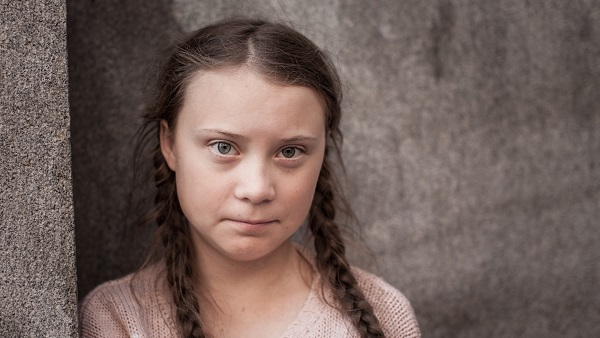 The United Nations convened on September 23 for one of their regular climate hysteria fests. They were so serious about it that they imported a 16 year old Swedish girl to belch her emotions and scold us all for stealing her childhood. If anyone stole her childhood, though, it was, of course, as every thinking person knows, her activist parents and handlers, so that they could use her for their virtue signaling. Her teenage emotional outbreaks were met by loud ovations from the equally emotion-laden activists in attendance. After all, feelings are what is important, and “the climate emergency has been declared by people, especially young people the world over” as told by ABC News.

The big question isn’t whether the climate is changing. Most people recognize that that is what climate does. It is unreasonable to assume that climate, local or global, should be static. It isn’t whether or not the increase in carbon dioxide in the atmosphere is partially or even totally human-induced. It isn’t that even climate alarmists admit they don’t understand the roles and the implications of other gasses with greater greenhouse effect than CO2, including water vapor and its effect on cloud cover. It is, instead, the Olympian leap in logic that, because of the potential of CO2 to maybe cause some type of problems some time in the future, it is thus necessary for us now to lay down and submit to draconian actions by the self-interested, power-hungry, anti-capitalist, anti-west, international socialist demagogues at the United Nations. It, in fact, doesn’t follow in the least.

Regardless of what the climate does, the earth, the natural world, is going to be okay. Human societies will adapt to whatever mother nature can throw at them, at least if the people are free from tyrants who want to run their lives. Nature in all areas of the world will adapt to conditions, as it always has.

For a little perspective, 10,000 years ago there were no vast forests in Canada. The land had been scrubbed clean by glaciers a mile or more thick. That is what formed the present configurations of the Great Lakes and the Finger Lakes. Almost all of New York State was covered by thousands of feet of ice. Much of the geography of Long Island is due to the terminal moraine from the retreating glacial sheet. The lush green that you see in those places is the same effect as that which has been reclaiming the natural areas around Mt. St. Helens over time, or even the shoreline after the Exxon Valdez disaster.

The Amazon jungle was not always as it presently exists, but was subject to successive dry and wet periods over many thousands of years. The world has changed, and the world keeps on changing. Fragile is one thing it is not. Highly resilient is a better description. It is very good at finding flora and fauna to fill niches that have excess resources from whatever cause. Life strives after life and will find a way to promote itself. Nature will always and everywhere do just fine in the long run regardless of what the human race does. That is a good thing.

The short term might bring effects that some people might not like, as with the Little Ice Age of a few centuries ago, but people are also resilient and resourceful. Human beings inhabit every area of the globe, a tribute to their adaptability and survivability.

Carbon dioxide is a boogeyman being used to frighten children and gullible adults, but frightened people will follow anybody who offers them even a false vision of safety, something that the prophets of doom know all too well and have used for decades.