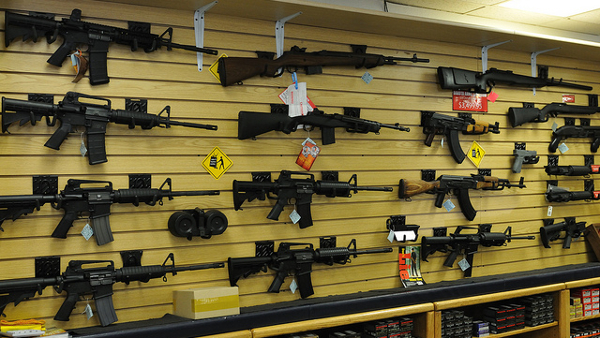 The unanimous decision of the San Francisco Board of Supervisors to brand the National Rifle Association (NRA) a “Domestic Terrorist Organization” has profound implications.

According to the American Civil Liberties Union,

“Section 802 of the USA PATRIOT Act (Pub. L. No. 107-52) expanded the definition of terrorism to cover ‘domestic,’ as opposed to international, terrorism. A person engages in domestic terrorism if they do an act ‘dangerous to human life’ that is a violation of the criminal laws of a state or the United States, if the act appears to be intended to:  (i) intimidate or coerce a civilian population; (ii) influence the policy of a government by intimidation or coercion; or (iii) to affect the conduct of a government by mass destruction, assassination or kidnapping.”

It is clear that the NRA has not engaged in any of those specified activities. It is also factually true that the key charge in the San Francisco resolution, that the NRA “incites gun owners to acts of violence,” is clearly and manifestly false. Indeed, just the opposite is true. The NRA concentrates heavily on firearms safety.

It is evident that the city government advocates imposing severe criminal penalties against the NRA simply because it politically disagrees with the organization. The fact that the issue at stake concerns a right protected by the Constitution makes the move even more insidious. The language of the Resolution overtly targets free speech rights, stating that the NRA “musters its considerable wealth and organizational strength to promote gun ownership… [it] spreads propaganda that misinforms…”

In other words, the NRA utilizes First Amendment rights.

Even the Washington Post, a liberal outlet, has pointed out the falsehood, as noted in the complaint filed in federal court by the NRA on September 9:

“The NRA […] does not advocate, fund or support violence, nor does it try to create a ‘climate of fear’ to advance its policies. It does support an expansive view of gun rights, but that is not a terrorist act, unless political disagreement is now a criminal offense. […] Congratulations, average NRA member: Your $30 one-year membership makes you a terrorist.”

Further, San Francisco is not content with merely attacking the NRA itself. The resolution states,

The target, then, is not just one organization that does nothing more than advocate continuing a Constitutional right, it includes everyone else that does business with it, and its approximately five million members. In its lawsuit against the measure, the NRA correctly argues that a government cannot discriminate against citizens merely for expressing their viewpoint. This is precisely what San Francisco has done.

As the lawsuit complaint notes, while it might not violate the First Amendment for a local government to make a general statement criticizing an organization, it “cannot apply its powers in a targeted, adverse manner against those with whom it disagrees, and the government certainly cannot do so to stifle or punish disfavored speech. Such conduct unambiguously violates the First Amendment, especially where, as here, it is not tied to any compelling, significant, or legitimate government interest.”

It is not gun ownership that is being targeted, it is the exercise of free speech.

This must be seen in context. It has become commonplace for individuals wearing red “MAGA” hats to be beaten in the streets. In what can only be seen as attempts to subject Trump supporters to discrimination or violence, there is a push to force disclosures of the names of people attending GOP fundraising dinners.

The paradigm of American freedom and respect for the Bill of Rights is under intensive assault, from both partisan groups and individuals, and from leftist state and local governments. It is an unprecedented danger.