With Regard To Facebook’s Libra, What Are The Feds So Afraid Of? 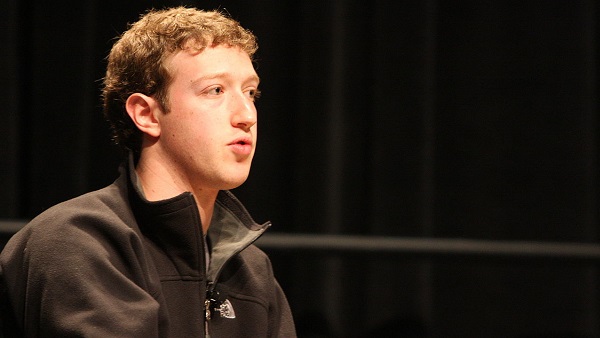 Facebook CEO Mark Zuckerberg at South by Southwest in 2008.

At one point in his excellent 2001 book The Elusive Quest for Growth, former World Bank official William Easterly addressed the sick-inducing decline of the Argentine peso. It seems the holder of a billion pesos in the 1950s, if he held on to them in subsequent decades, would have seen a monumental fortune reduced quite literally to pennies of exchangeable value by the 1990s.

Please sit back and think about the Argentine currency story for a moment. Money isn’t wealth, rather it’s a measure of wealth. We work for money, but what we’re really working for is what money can be exchanged for. In that crucial sense, money is an agreement about value that’s accepted as just that by producers of all stripes. This broad agreement about money’s exchangeable value is what facilitates the specialization without which there is no economic progress.

Looked at through the prism of the Argentine peso in the 2nd half of the 20th century, clarity is hopefully the result. Someone who had worked diligently and expertly on the way to 1 billion pesos in the 1950s would have had all that toil and genius taken from him within decades absent any efforts made to diversify away from peso holdings. It’s ideally a reminder of the horrors of currency devaluation. So much ink is spilled by commentators about politicians and their horrid plans to “raise our taxes,” but very little attention is paid by those same commentators to currency devaluation; this despite the fact that devaluation is a much crueler tax.

Indeed, while there are myriad ways to avoid taxes and nosebleed tax rates (think how few Americans actually paid the 91% rate that prevailed in the U.S. in the 1950s and early 1960s), devaluation is quite a bit more of a challenge. While tax legislation can be gamed well ahead of passage, devaluation is immediate. When FDR decided in 1933 to shrink the exchangeable value of the dollar from 1/20th of a gold ounce to 1/35th, the theft of wealth was instantaneous. Overnight, dollars purchased less. Much the same happened from 1971-73 when President Nixon wholly severed the dollar’s link to gold. And while it’s not often acknowledged, another fairly substantial dollar devaluation was orchestrated in the early 2000s when President Bush and his Treasury department voiced their desire to reverse course on the relative dollar strength and stability that had mostly prevailed during the Reagan ‘80s and Clinton ‘90s. At present President Trump is calling for a weaker dollar, and in gold terms the dollar has surely declined since he entered office as evidenced by $1,500 gold. This is a number to watch.

Still, Americans of modern times have generally been fortunate. Though they’ve experienced periods of economy-sapping dollar weakness (investment powers economic growth, investors are buying future dollar returns when they invest, hence dollar devaluation is a tax on investment) like the 1970s and 2000s, the dollar has been consistently exchangeable for goods and services all over the world. Precisely because the dollar’s mostly been credible, we haven’t had to contemplate what it would be like if the dollar were viewed with disdain by producers. Getting right to the point, the American people have never endured what the Argentines routinely have: the near total evisceration of the exchangeable value of their earnings through massive, wealth erasing currency devaluations.

Which brings us to Facebook’s libra project. Yesterday’s Wall Street Journal reported that “the libra project is on life support after high-profile backers dropped out of the network under pressure from lawmakers.” According to the Journal, President Trump, Fed Chairman Jerome Powell, and Rep. Maxine Waters (to name but a few) “have all criticized it.” Treasury department officials have similarly heaped criticism on it given an expressed concern that “libra could be misused by money launderers and terrorist financiers.” The critics in government should hang their heads in shame.

Republican critics in particular should be embarrassed. Facebook is striving to issue a credible currency that would protect users of it from the tax that is devaluation. Though support for tax cuts is properly the price of admission for any Republican with national ambitions, there’s no outrage over Republican efforts to block the truly noble actions of Facebook and its libra team to protect workers around the world from the clipping of their work through currency debasement. The libra would force global monetary authorities to do a better job with money, yet Washington’s ruling class is standing in the way. And yes, you read that right: what Facebook is doing is noble.

If anyone doubts the above assertion, they need only consider the experiences of a routinely fleeced Argentinean citizenry. Those who’ve earned Argentine pesos have – to the extent that they were willing to accept the junk currency as payment for goods and services or in return for their toil – been regularly robbed through devaluation.

The libra’s introduction would serve to check the errors of monetary authorities. That’s the case because people would have an out. They would have a way to escape the capricious ways of monetary authorities by eventually only accepting payments denominated in libra. Not only has Facebook made plain that libra will be issued and circulated with stability of value top of mind, it’s a near certainty that the libra would never be devalued. That it wouldn’t be is a statement of the obvious. Devaluation is theft, plain and simple. If the libra were known in the marketplace as a measure that’s constantly shrinking in terms of its exchangeability, it would soon disappear from circulation.

Of course as a business, Facebook and its libra team would logically desire an outcome for the libra defined by rising use. That they plainly desire this outcome means that they would and will have no choice other than to maintain the currency’s value. In short, the libra is a very humanitarian concept.

Yes, you read that right too. It’s humanitarian. It’s probably hard for Americans to wrap their heads around the previous truth given the dollar’s historical credibility, but most around the world haven’t been lucky enough to earn dollars. Many, like the citizens of Argenina, only know persistent devaluation whereby the money earned is decimated periodically. The libra, as a consequence, would exist as relief for people who’ve historically seen the fruits of their labor taken from them. As a global currency given the global nature of Facebook itself, the libra is something individuals not part of the dollar/euro/yen bloc could earn and transact with such that they could earn and trade as though they were part of the dollar/euro/yen bloc. Never forget that the plan for libra is to have the currency pegged to a basket of globally credible currencies like the ones previously mentioned. Freedom from devaluation at last. Ok, but some might reply not so fast.

Some will correctly reply that the libra will be pegged to currencies that haven’t always been stable themselves, and that have suffered bouts of devaluation. True, but it’s also a safe bet that libra’s issuers will ultimately tweak the peg to ensure that the private currency holds its value better than the paper currencies it’s billed to mimic. That is so because the libra team wants to achieve global acceptability for the private currency, and stability is the best way to achieve that goal.

Looking at this through political efforts stateside to kill the libra before it’s circulated, shame once again on those aiming for the kill. After that, hopefully the libra team fights on. Figure that the stated federal critiques are mindless for them being about fear of drug and terror trafficking. Let’s be serious. The dollar already ably liquefies both as they well know.

What federal officials truly fear is that a currency more stable than the dollar would soon expose the dollar’s weaknesses, and because of Facebook’s global reach, could eventually replace the greenback as the most accepted measure of agreed upon value the world over. Worse for the feds, a globally accepted libra would plainly make it more difficult for Treasury to devalue the dollar in the future, thus shrinking its debts. Federal officials also logically fear what the rest of us would cheer; that a stable libra would limit Treasury and the Fed’s ability to conduct discretionary monetary policy whereby rule of man replaces rule of markets. Translated, the libra would force dollar honesty onto Treasury. It would simply because the global acceptance of private money known for stability would give everyone, including U.S. citizens, an alternative form of money that would free them to ditch the greenback if management of the latter ever becomes too troublesome.

So while the small minded in Washington want the libra to fail, let’s hope Facebook stands its ground. The libra will not only protect workers around the world from the theft that is devaluation, it has the potential to protect every worker around the world from a dollar monopoly that has occasionally freed Treasury to devalue dollar earnings without the severe market repercussions that Facebook would face if it ever did the same with the libra.