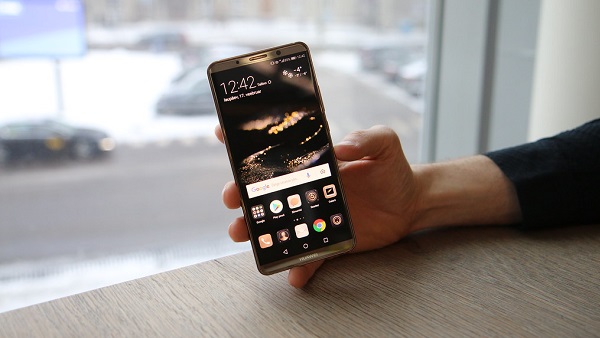 A prominent Republican who advises President Donald Trump called America’s 5G strategy “the biggest strategic disaster in US history.” US efforts to impede China’s telecom giant Huawei from dominating the global market in fifth-generation mobile broadband have failed, while incompetent regulation and corporate misbehavior have held back the United States’ 5G effort at home, the politician told a closed-door gathering of Republican donors and activists.

The adviser has urged President Trump to make a radical policy shift to ensure that the United States isn’t late to roll out 5G. The US president hasn’t yet made a decision, the adviser said. The US military controls most of the spectrum that civilian 5G broadband would use, and the major US telecom providers are holding back from a full commitment to 5G, the adviser added.

In a separate development, Commerce Secretary Wilbur Ross told Bloomberg Television Sunday morning that the US would grant licenses “very shortly” to permit US manufacturers to sell components to Huawei and other Chinese tech firms. President Trump in July said that he “easily” would restore tech exports in the context of a trade deal with China, and told the Commerce Department to begin approving export licenses at a White House meeting in early October, the New York Times reported at the time. Echoing other Trump administration officials, Secretary Ross predicted that the first phase of a trade deal with China might be signed this month.

It appears that the Trump administration may be ready to cut its losses on a losing strategy. Huawei has signed equipment agreements with every telecom provider on the Eurasian continent, despite high-profile American threats to cut off intelligence sharing with allies that include Huawei equipment in their networks.

China rolled out its 5G network, the world’s largest, at the end of October.

Huawei is expected to sell 600,000 5G base stations by the end of 2019 and two million by the end of 2020, according to company estimates, despite an American embargo on the sale of American components to Huawei and 28 other Chinese companies.

During the past year Huawei released its own chipsets to power its smartphones with artificial intelligence capability, as well as ultra-fast processor chips. Huawei’s 2019 first-half revenues rose 24% year-on-year, and the company sold 24% more smartphones, despite a US government block on its access to popular Google applications.

US semiconductor stocks have risen by more than 11% since Oct. 9, the best-performing sector of the US stock market, as investors looked towards an early resolution of the export ban. US semiconductor design firms depend heavily on the Asian market, and US high-tech companies have lobbied the White House aggressively to allow them to keep exporting. Most of the components the US industry sells to Huawei and other Chinese firms can be obtained from Japan, Taiwan, or South Korea, or can be manufactured in China itself.

In March 2018, the US virtually shut down China’s second-largest telecom communications equipment company, ZTE, by placing an embargo on the Qualcomm chips that powered its handsets, in retaliation for ZTE’s violation of sanctions on Iran. By the end of 2018, though, ZTE’s much larger counterpart Huawei had developed the Kirin chipset, with performance comparable to Qualcomm.

If President Trump backs away from the global campaign against Huawei championed by US intelligence agencies and focuses instead on accelerating America’s own 5G rollout, prospects for an early end to the US-China trade war will improve markedly.

China doesn’t like American pressure to reduce the bilateral trade deficit but is willing to buy more US agricultural products and energy to placate a protectionist president. American attempts to stifle Huawei, though, are viewed by China as an existential issue: If the United States can’t accept the fact that China has taken leadership in an important field of technology, the Chinese believe, it means that America wants to stifle China’s development. In that case, China would hunker down for a long-term trade war.

China has focused its domestic policy on boosting domestic consumption to compensate for the fall in its exports in the course of the trade war. Investors responded by bidding up the prices of Chinese consumer staples companies, the top performer among the sectors of the Shenzhen 300 stock market index.

China’s growth has slowed to the lowest rate since the 1990s, although it is still by far the highest of any economy in the world at around 6%. Last week the Caixin index of Chinese manufacturing activity showed a surprise bounce, although the government’s purchasing managers’ index remained below 50, that is, in contraction territory. The Caixin survey includes more private companies.