How The Left Took Over Corporations, And What We Can Do To Stop Them 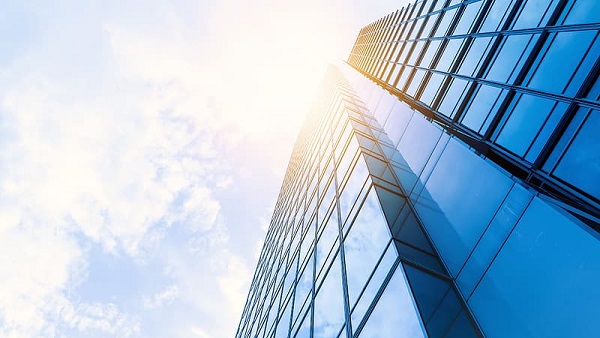 We recently sat down for an interview with Justin Danhof, director of the Free Enterprise Project at the National Center for Public Policy Research. Danhof is a leading voice counter-balancing ideological activists in the corporate world. Most of us are unaware of how pervasive this trend has become, but through the Free Enterprise Project, Danhof has detailed just how quickly ideological shareholder activism has transformed from a minor movement into a major force determining corporate policy. You can listen our full interview with Justin Danhof here.

Whether it be the environment, or healthcare, or abortion, there has been a “slow march to the left of corporate America,” Danhof says. “Instance after instance of companies and industries siding with liberal special interests.” Ideologues have achieved this change through the nuances of shareholder activism, a little-known but extremely effective tool of corporate influence. The problem is that those of us who aren’t opposed to this one-sided activism, who believe in universal – not selective – human rights, tend to be unaware of our rights as shareholders. As Danhof explains, corporations aren’t supposed to be tools of political activists: “Publicly traded companies in this country have a fiduciary duty to their shareholders.” Ideologues have exploited this fact to their own ends, “to create a voice to push their special interests […] and [they’re] having a tremendous amount of success on a wide variety of issues.”

It’s important to understand that, while these activists might say they’re pushing for human rights, they do so, at best, in a highly particular and biased way – in other words, they’ll push for human rights only for arbitrarily selected interest groups, not for everyone. When, for example, a state passes a bill protecting the religious freedom of Christians, the activists would then push for corporations to boycott that state, under the pretense of protecting the rights of gay people.

Of course, we know what they’re actually doing: appropriating the rhetoric of “human rights” to justify a biased, extremist agenda, and then compelling publicly-traded companies to follow their will. No matter if their agenda is both contrary to the business interests of investors and to sincere respect for human rights. Under the noses of most ordinary investors, they are regularly undertaking coordinated campaigns to alter the operations of major corporations. This has been done using the rhetoric of “compassion,” “diversity,” and “human rights” selectively. They apply those values only in favor of special interest groups, at the expense of everyone else. What Justin Danhof has been doing with the Free Enterprise Project, and what ordinary investors have the power to do, is broaden the conversation – to include human rights for everyone, including conservatives, Christians, and the unborn. Beyond that, we’re pushing for corporations to recognize that pursuing the whims of biased hypocrites is bad for business. And if it’s bad for business, it’s bad for shareholders, so corporate leaders shouldn’t be doing it.

An excellent example of just how much influence these activists exercise is the Affordable Care Act. In the mid-1990s, the healthcare industry was wholeheartedly opposed to a move toward single-payer healthcare. “We’re talking about big pharma, and we’re talking about the large health insurance companies. […] Industry was in lock-step opposed to this measure.” Danhof says. By the time the ACA was being pushed, everything had changed: “Who stood in line and in support of Obamacare? The big insurance companies, and big pharma. And in that interim, what we saw was a tremendous pressure campaign, using shareholder proposals, to push companies to the left on the issue of healthcare.”

In just over a decade, using shareholder proposals, activists were able to shift the health-care industry significantly to the left. This is just one example of how extensive their influence is. Those of us who don’t want corporations to become platforms for a hypocritical political agenda are left wondering what to do. Thankfully, investors and their financial advisors can have a material impact on corporate governance, and take back the ground seized by ideologues. Most shareholders are unfortunately not aware of their rights, and therefore almost never show up to exercise them. Ideological activists, on the other hand, do show up, and exercise influence far beyond their meager numbers.

Justin Danhof has been trying to get the average investor engaged, to push back against the disproportionate power exercised in service of an unjust ideology. His model, and the model we should be emulating, is “invest, don’t divest.” As Danhof explains, “The left realized that engagement is the way to success, not disengagement.” Those of us who believe that corporations have a responsibility to their investors to put their interests first have disengaged, and the result has been an amplification for the evangelists of this one-sided agenda, because “they’re the only voice in the room.” If you’re not invested in a corporation, why should they care what you think?

However, there’s good news. While the domination of one-side in corporate activism may seem insurmountable, there are steps the rest of us can take. Our problem isn’t that we can’t do anything, it’s that we don’t do anything. All the tools used by those activists are at our disposal as well, but until recently, investors were unaware of just how much power they have. As shareholders, publicly-traded companies are beholden to us, and it’s both our right and duty to make sure that ideologues don’t transform them into platforms for activists that misuse our economic resources – of which corporations are merely stewards.

Danhof is pushing back against the rising tide of biased, one-sided shareholder activism, and he’s helped identify how investors can get involved and have a real impact on the corporate world’s slide into ideology. In the next part of this series, we’ll guide you through the concrete steps that you can take, as an ordinary investor, to stand up for the dignity of everyone, not just select interest groups, and put a stop to the takeover of the corporate world by a small minority of shareholder activists.