Recessions Are Predictable, And So Is Government’s Failure To End Them 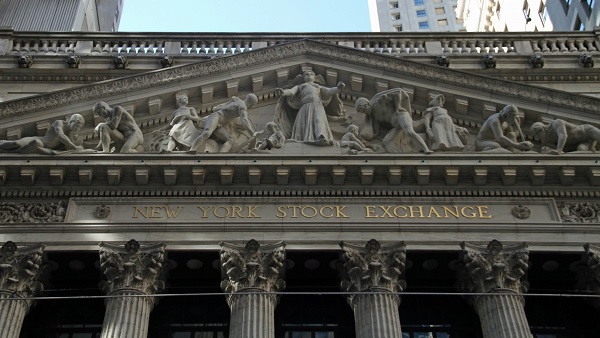 In March 2012 Wisconsin Congressman Paul Ryan commented about the debt crisis resulting from the Great Recession of 2008, saying,

“This coming debt crisis is the most predictable crisis we’ve ever had in this country.”[1]

Congressman Ryan is echoing economist Murray Rothbard when he stated decades prior,

“The guilt for the Great Depression must, at long last, be lifted from the shoulders of the free-market economy, and placed where it properly belongs: at the doors of politicians, bureaucrats, and the mass of “enlightened” economists.  And in any other depression, past or future, the story will be the same.”[2]

In fact, Enlightenment philosopher John Locke voiced this very concern and re-examination of governmental power in 1690 when he stated,

“Men found it necessary to examine more carefully the original and rights of government; and to find out ways to restrain the exorbitances and prevent the abuses of that power which they having entrusted in another’s hands only for their own good, they found was made use of to hurt them.”[3]

Not even a year after Congressman Ryan’s comment, the U.S. Government Accountability Office (GAO) issued its report in January 2013 stating the United States’ “current fiscal policy is unsustainable.”[4] In fact, the GAO reported,

“The comprehensive long-term fiscal projections…show that – absent policy changes – the federal government continues to face an unsustainable path, [and] Over the long term, the structural imbalance between spending and revenue will lead to continued growth of debt held by the public as a share of GDP; this means the current structure of the federal budget is unsustainable.”[5]

“In other words, the portion of the total economy controlled by Washington increased by a staggering 360% in the course of just seven years [1933 to 1940] – without providing discernable benefit to the economy.”[9]

The destructiveness of Roosevelt’s vision and policies reverberate massively even today. Although, compounded by executives and legislators from our own contemporaries, many of the mechanisms and habits of today are the direct linage from Roosevelt. Even Roosevelt’s hand-picked Treasury Secretary, Henry Morgenthau,[10] would opine on the utter failure of FDR’s fiscal policies – which Morgenthau played a critical role in crafting. Morgenthau said:

Enormous debt to boot, indeed! Certainly our debt today would make Morgenthau blush, if not pass out.  This is not the way of Founding Fathers’ America, nor is it God’s way; “The borrower is the slave of the lender.”[12]

Almost four years earlier, in July of 1935, Morgenthau had already acknowledged the failure of the New Deal. Morgenthau noted, “If we keep on spending money at the rate we are and in such a helter-skelter, hit and miss method, we cannot help but be riding for a fall unless we continue to decrease our deficit.”[13] FDR was knowingly running ill-conceived experiments on the American economy. “It is common sense,” Roosevelt said, “to take a method and try it: If it fails, admit it frankly and try another. But above all, try something.”[14]

FDR never admitted the rampant failures of his programs; and unfortunately, the citizens of the United States were continually pummeled by his endless economically disastrous experiments.  Roosevelt could care less about the economic brutality of his programs.  When approached by one of his economic advisors about the problems that would arise from his social security scheme Roosevelt replied, “I guess you’re right on the economics… [but] with those taxes in there, no damn politician can ever scrap my social security program… [it’s] politics all the way through.”[15]

[10] Burton W. Folsom, Jr., 2008, New Deal or Raw Deal?  How FDR’s Economic Legacy has Damaged America, (New York, NY: Threshold Editions), pp. 1-2.  Morgenthau was much more than a close advisor to FDR, he was a longtime very close friend.  Morgenthau “was the president’s longtime neighbor, close confidant, and – would be for over a decade – his loyal secretary of the treasury….Eleanor Roosevelt once said Morgenthau was one of only two men who could tell her husband “categorically” that he was wrong and get away with it…. Morgenthau cherished a photo of himself and the president….with Roosevelt’s inscription: “to Henry…from one of two of a kind.””