The Partnership Between Issachar And Zebulon 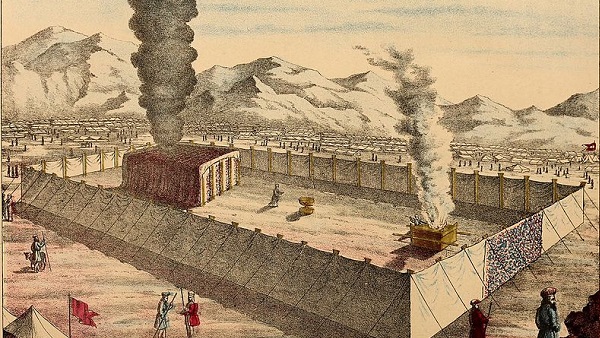 Researching wealth creation through entrepreneurship and the church principles we first need to look at some Biblical history—the tribes of Israel in the Old Testament.

READ: Businesses Are The Horse, Ministries Are The Wagon

Our “purebred” status of tribes today shows we have become a mixed pedigree as human “mutts” when DNA test results show our varied racial mixtures. What’s much more prominent today are the issues surrounding each of our unique and individual giftedness DNA traits and talents connected with God’s path for our lives. But let’s begin with the tribes in Israel.

The lineage of Abraham, Isaac, and Jacob leads us to Jacob and his 12 sons. Specifically, his two sons, Issachar and Zebulun, whose mother was Leah. Issachar was the fifth son of Jacob (Gen 30:17-18), and Zebulun was the sixth son (Gen 30:19-20) in their birth sequence. However, While Jacob’s prophetic blessings in Genesis 49 starts in the regular birth order, he switches the birth order and blesses Zebulun before Issachar (Gen 49:13-14).

Both Issachar and Zebulun were small brother-tribes and had their inherited land portions next to each other, west of the river Jordan and southwest of the Sea of Galilee. Issachar’s land was east of Zebulun’s property and situated around Mt. Tabor and Mt. Morah while Zebulun was around Nazareth (Hint: This area becomes the early home of Jesus, Luke 2:39-51).

Moses reiterated these “brother-tribes” prophetic blessings and sequence but gives some detail as to how they will work together. It becomes a division of labor between the two, a symbiotic relationship where both need each other.

Deut 33:18-19 Of Zebulun he said, “Rejoice, Zebulun, in your going forth, And, Issachar, in your tents. They will call peoples to the mountain; There they will offer righteous sacrifices; For they will draw out the abundance of the seas, And the hidden treasures of the sand.”

Zebulun[1] “going forth” consisted of their focused purpose (1 Chron 12:33) and the ability to create wealth (1 Chron 12:40) doing trade from the caravan routes[2] between the land and sea. The tribe of Issachar consisted of teachers, scholars and judges who would imbue their culture with the spirit and content from the Bible (1 Chron 12:32). Issachar[3] lived/worked alongside Zebulun, both in their various careers. They collaborate and “will draw out the abundance” and “hidden treasures” of both the Bible and business in the marketplace.

Both tribes lived close to each other. Deut 33:18 indicates two things. First, Zebulun was to rejoice, feel or show great joy or delight, in their “going forth” confidently conducting business in the marketplace. Secondly, Issachar was less nomadic and was to “work” alongside Zebulun. Much the same as a married couple living together with different strengths and weaknesses to flourish in their marriage and family,

Zebulun and Issachar had a similar relationship. Zebulun’s wealth creation business was to fund the teachings of Issachar because they had a symbiotic relationship. If Issachar taught bad or wrong content, not only did Zebulun lose profits, but any losses hurt the living conditions of Issachar. But when Issachar taught high-quality content and Zebulun applied it correctly, they both prospered. It reinforces Thomas Sowell’s quote, “It is hard to imagine a more stupid or more dangerous way of making decisions than by putting those decisions in the hands of people who pay no price for being wrong.” Both Zebulun and Issachar prospered or suffered together as a true Biblical partnership, both had “skin in the game,” Issachar blessed Zebulun, Zebulun blessed Issachar!

An additional takeaway is a picture of Zebulun conducting business from the traffic in their region. In essence, Zebulun applies Issachar’s teachings from the Bible in the marketplace but also evangelizes, by way of being a marketplace example, what Issachar teaches. This image of combing both business and the Bible together gives us a historical background and goes to the heart of this region’s work and wealth creation ethic. Fast forward to the time of Jesus, and we see His immersion in this Bible + Business entrepreneurial, decentralized, and diverse, not corporate, economic culture.

READ: Jesus Was A Highly Skilled Entrepreneur, Not A Poor Peasant

If you think this is a “one-off” outlier, you’d be mistaken. The Levites, the priests, were to be trusted Temple functionaries, teachers, and civil servants who supervised the weights and scales and witnessed agreements, i.e., government officials. They were to teach the Torah, Biblical principles, and content to the whole of Israel (Deut 33:8, 10). For payment of their work, they were not given a land inheritance like the other tribes, but a tithe of 10 percent of the first and best of the increase of the whole nation of Israel (Num 18:21). This 10 percent applied no matter the economic status—as Israel prospered or suffered, so did the priests. The priests start Israel’s prosperity cycle teaching truthful, accurate, and correct Biblical wealth creation content. Evidence of this failed pastoral/profession partnership is in the book of Malachi. The priests were corrupt in their handling of Biblical material (Mal 1:6–2:9, Neh 13:1-9), and Israel neglected their tithes and offerings (Mal 3:7-12, Neh 13:10-13, this is not, “you can’t out-give God”).

This pastor/profession is a symbiotic partnership where both partners need each other, not a patriarchy of pastors “lording it over” businesses. Jesus warned the Jews to follow what their priests said, not what they did because they were hypocrites (Matt 23:2-12). Pastors today need to teach the church truthful, and high-quality Biblical wealth creation content and businesses are to fund, “the laborer is worthy of his wages” (1 Tim 5:18), those who teach this content so both prosper.

Pastors and business owners partnership challenge! Pastors, outsource some of your duties. With over 2,350 Bible verses related to wealth creation, excluding Christmas and Easter, teaching five verses each week in a second sermon for businesses would take over eight years to cover only this content. Church, will you commit to applying all you learn to prosper and to fund, to “put aside and save, as he may prosper” (1 Cor 16:2), and mentor others with this teachings so all can prosper and not “oppress the wage earner in his wages” (Mal 3:5)? Bible first, business second, when we strive together, we thrive together, “each according to his ability” (Matt 25:15)!

[3] See Issachar, Tribe of at jewishencyclopedia.com