Why The Media Willfully Ignores This Human Rights Crisis 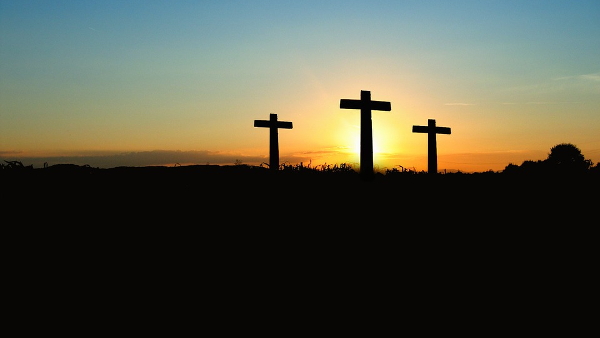 “From Sudan to Russia, from Nigeria to North Korea, from Colombia to India, followers of Christianity are targeted for their faith. They are attacked; they are discriminated against at work and at school; they risk sexual violence, torture, arrest and much more.”

In just the last year (according to the World Watch List, cited by Open Doors USA) there have been over 245 million Christians living in places where they experience high levels of persecution; 4,305 Christians killed for their faith; 1,847 churches and other Christian buildings attacked; and  3,150 believers detained without trial, arrested, sentenced or imprisoned.

The Gatestone Institute is deeply concerned that the media willfully ignores this human rights crisis.

“NASA’s satellites observed the Amazon fires, prompting world leaders to pledge to protect the rainforest. But the burning, chopping and murder of Christians is not tracked by satellites and their suffering is not seen on our televisions and newspapers. Actually, it seems in the West as if the persecution of Christians does not even exist.”

“The mainstream media is remarkably silent about attacks on Christians…more than two hundred Christians were killed in Nigeria. There was hardly any mention of the latter in the news. There were no marches for martyred Christians, no tolling of church bells ordered by governments, no ‘Je suis Charlie’ t-shirts… no public outrage at all.”

When it comes to refugees getting a helping hand, Christians frequently miss out. Strangely missing in the debate about President Trump’s temporary travel restrictions, which were significantly less dramatic than President Carter’s actions in response to the Iranian embassy takeover, and roughly similar to President Obama’s actions, is the near total exclusion of Christians from U.S. Middle Eastern refugee programs over the past eight years.

Anti-Christian prejudice is not confined to non-Western nations. The Wall Street Journal provides an example:

“In the closing days of the Obama administration, the federal government handed down a regulation that effectively barred from federal child-welfare programs organizations that believe marriage is between a man and woman. This affected many Roman Catholic and evangelical Protestant organizations. This misguided policy was rushed into effect right before President Trump’s inauguration. While the Obama administration made the issue national, it’s happening locally too. In March 2018, Philadelphia declared an urgent need for hundreds of new foster families. Then the city government barred Catholic Social Services from placing children in homes because of the Catholic Church’s teaching about marriage. City hall’s use of children as leverage to force a religious institution to change its beliefs was appalling.”

In schools and public squares across the United States, an intentional misreading of the First Amendment is used to eliminate school Christmas pageants, town square trees, and other commemorations. There is no Constitutional prohibition against these activities, as long as all religions are granted similar opportunities.

Frank V. Vernuccio, Jr., J.D. serves as the editor-in-chief of the New York Analysis of Policy and Government.