Why We Lost the Battle for Marriage 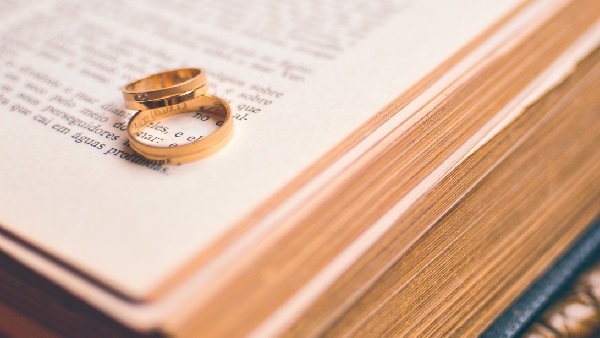 In his deeply thoughtful commentary on the piece Ryan Anderson and I have out in USA Today, Rod Dreher says the following about the redefinition of marriage, the decline of sexual morality, and the erosion of people’s basic understanding of sexuality:

“George and Anderson, and all of us who consider ourselves their allies, failed to stop this thing. But this failure ought to be judged as a loss in a war that was unwinnable. George and Anderson fought harder than almost anybody, and with real moral and intellectual excellence. But they, and their allies (I include myself in this number, though my contributions have been very modest compared to theirs), were the equivalent of the mythical Polish cavalry charging into the face of the Wehrmacht. (This didn’t actually happen, but it’s a powerful symbol nonetheless.) We trads were having to fight nothing less than modernity, with its valorization of the sovereign individual, its technocracy, its abandonment of God and transcendence, and an economic force (capitalism) that is both powered by these factors, and also magnifies them. It obliterates everything in its path.”

I don’t agree that the war was unwinnable. (In fact, I don’t believe it is permanently lost, though obviously those of us who believe in marriage as the conjugal union of husband and wife and who uphold basic understandings of sexuality and norms of sexual morality have been knocked back on our heels–hard.) What has been missing on the “conservative” or “traditional” side is not something that was unavailable to us. Rather, it was something too many conservatives or traditionalists (or whatever you want to call us) failed to muster. People could have mustered it, but too many didn’t. What am I referring to? Courage. What has been in short supply is courage.

Our opponents sensed that many of our people lacked it and they did what savvy–and ruthless–people would do in that circumstance: they ran a campaign of intimidation, smearing anyone who opposed their agenda as a bigot and a hater. This was comparatively easy to do because they had managed early on to gain something approaching a monopoly on what David Brooks (who himself supported and supports the redefinition of marriage) rightly calls “cultural power.” They controlled the commanding heights of culture: the universities, the news and (very importantly) entertainment media, the arts and their institutions, the major professional associations, mainline religion, even (they discovered) most of the corporate board rooms.

So when push came to shove, many, many supporters of marriage and traditional understandings of sexuality and sexual morality yielded to the bullying or at least abandoned the field. While left-wing (and even one or two otherwise right-wing) millionaires and billionaires poured money into referenda and legislative battles to redefine marriage, many, many well-to-do Christians (fearful of adverse consequences for themselves and their businesses of contributing money to the pro-marriage cause) declined to give. Some gave anonymously, but when one or two of these were “outed” and vilified by the left, others became too frightened even to do that. This was cowardice. For a longtime, the pro-marriage forces won most of these battles despite being massively outspent. But eventually the huge disparities in funding paid off for the marriage redefiners and for people who wanted to reorient education in ways that would advance the sexual liberationist agenda. Since politics is NOT downstream from culture (or, rather, since that slogan is at best a half truth) and political and legal developments partially shape culture–by influencing people’s understandings and beliefs–and don’t just reflect it, political victories paid huge dividends. They even paid off on the legal side of things. Supreme Court Justice Anthony Kennedy would never have pulled the trigger, providing the fifth vote for the absurd idea that the Constitution requires legal recognition of same-sex sexual partnerships as marriages, had the ground not been prepared by political victories (and the movement in their wake of a significant segment of public opinion).

The victories that were won leading to the current situation (in which polyamory is being mainstreamed and physically healthy thirteen-year old girls are being subjected to hormone treatments and mastectomies because they believe they are actually boys trapped in girls’ bodies) were NOT inevitable. They were won because too many people on the other side failed to muster the courage to fight. They cowered in fear. They stood on the sidelines. They wanted “other people” to do the work, contribute the money, stand boldly for what is true and good and right and justice. But there weren’t enough “other people.”

Someone might say, “this is no time for recriminations.” Well, I don’t agree. This is precisely the time for recriminations. Indeed, there was never a better time. Standing boldly for what is true and good and right and just is everybody’s job. It’s not just “other people’s” job. Especially to my fellow Christians I say, it is OUR job. It comes with the Gospel territory. You say “it’s hard”? Of course, it’s hard. But who ever told you that Christian discipleship was not going to be hard? Or risky? Or costly? Not Jesus, that’s for sure. He told us–in the most explicit terms–that it was going to be hard–very hard–and risky, and costly. What did he say exactly? “Whoever would be my disciple let him take up his cross and follow me.”

Every time you or I or anyone else fails to muster the courage to do what’s right, what God is calling us to do, there is behind that failure a still deeper failure: a failure of love. Moral norms and requirements are not abstract rules or arbitrary commandments. Their content is shaped by the human goods that these norms and requirements protect, preserve, uphold, and advance–the goods of flesh and blood human beings–ourselves and our precious brothers and sisters in the human family–whom we are called on to love and serve. We seek to preserve marriage–the real thing–for example because of the profound respects in which a flourishing marriage culture serves and benefits all members of the community–beginning with children. We need courage, we need to muster the courage, to love as we should–self-sacrificially.