Did Mises Become A Christian? 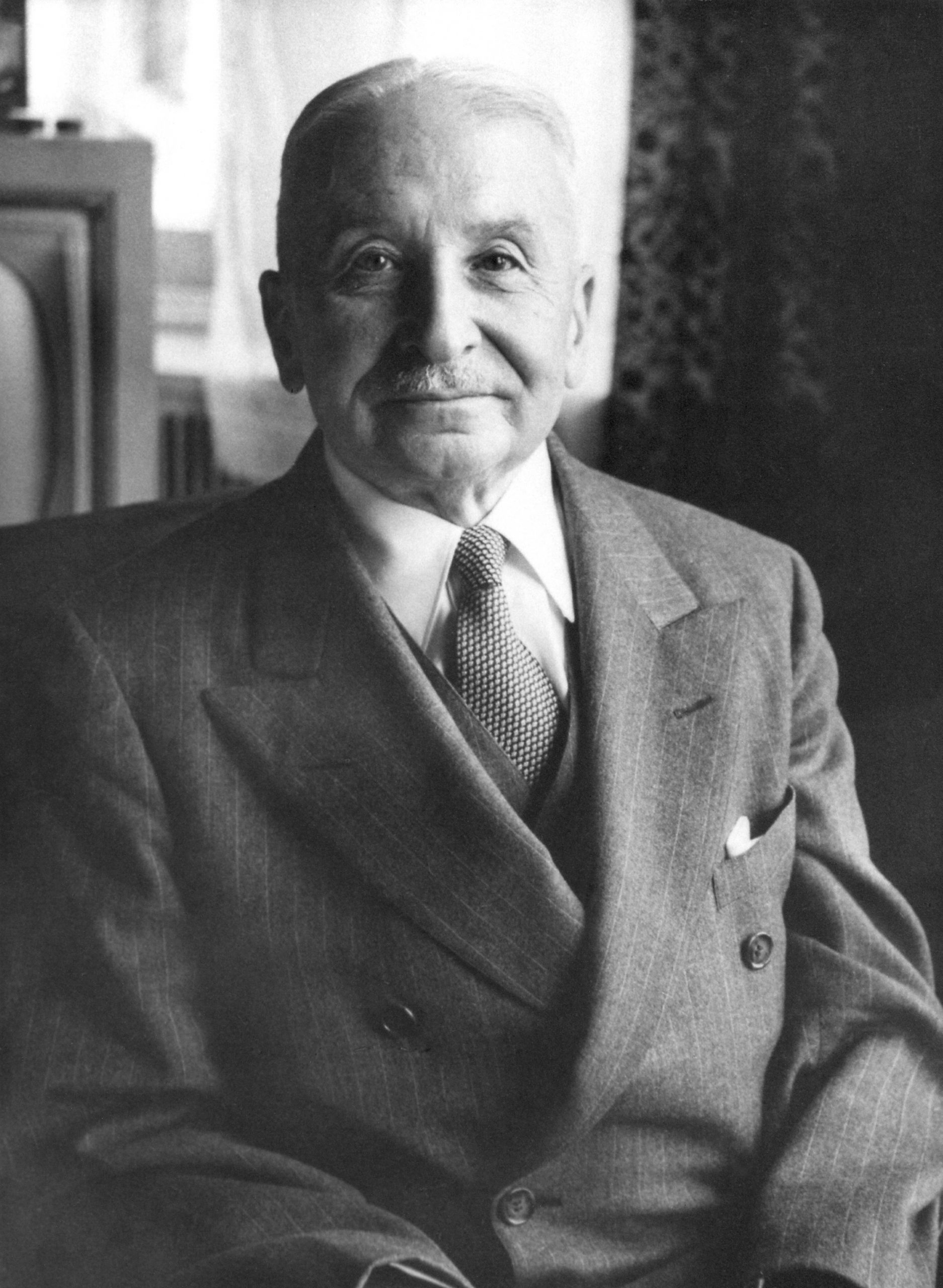 Having grown up as a Jew in Poland then Vienna at the turn of the last century, Ludwig von Mises, the greatest economist of the 20th century, had every reason to hate Christianity because they had murdered Jews for centuries. But worse for Mises, Christian intellectuals promoted socialism as Godly economics. Mises saw no way to reconcile economics and Christianity, as he wrote in his book Socialism: An Economic and Social Analysis, published in 1922:

The Gospels are not socialistic and not communistic. They are, as we have seen, indifferent to all social questions on the one hand, full of resentment against all property and against all owners on the other. So it is that Christian doctrine, once separated from the context in which Christ preached it—expectation of the imminent

Kingdom of God—can be extremely destructive. Never and nowhere can a system of social ethics embracing social co-operation be built up on a doctrine which prohibits any concern for sustenance and work, while it expresses fierce resentment against the rich, preaches hatred of the family, and advocates voluntary castration…

[Our] evidence leads to the negation of the question asked above: whether it might not be possible to reconcile Christianity with a free social order based on private ownership in the means of production. A living Christianity cannot exist side by side with, and within, Capitalism.

Then Mises immigrated to the US to escape the Nazis. There for the first time, he met Christians who were classical liberals like him. When he wrote his greatest book, Human Action, he had warmed to a personal religion in line with the thoughts of William James,

… for whom religion was a purely personal and individual relation between man and a holy, mysterious, and awe-inspiring divine Reality. It enjoins upon man a certain mode of individual conduct. But it does not assert anything with regard to the problems of social organization.

Eight years later, Mises had lost much of his skepticism about Christianity according to biographer Jorg Guido Hulsmann in Mises: The Last Knight of Liberalism. Hulsmann wrote, “One of the most striking features of Theory and History and The Ultimate Foundation of Economic Science is the frequent allusion to theological problems.” For example, in Theory and History, Mises wrote,

There is nothing in any ethical doctrine or in the teachings of any of the creeds based on the Ten Commandments that could justify the condemnation of an economic system which has multiplied the population and provides the masses in the capitalistic countries with the highest standard of living ever attained in history. From the religious point of view, too, the drop in infant mortality, the prolongation of the average length of life, the successful fight against plagues and disease, the disappearance of famines, illiteracy, and superstition tell in favor of capitalism.

Five years after Theory and History, Mises published The Ultimate Foundation of Economic Science, in which he suggests that divine revelation and natural revelation about economics can be reconciled. He wrote in that volume,

According to the fundamental doctrine of Christian theology and philosophy, God has created the human mind in endowing man with his faculty of thinking. As both revelation and human reason are manifestations of the Lord’s might, there cannot be ultimately any disagreement between them. God does not contradict himself. It is the object of philosophy and theology to demonstrate the concord between revelation and reason. Such was the problem the solution of which patristic and scholastic philosophy tried to achieve.

In the 1950s Mises began reading Karl Barth, a German theologian. But Barth was a dedicated socialist who called capitalism “almost unequivocally demonic.” What in Barth could appeal to Mises? Hulsmann suggests that Barth helped Mises out of the dilemma of an acting God. Mises had written that a perfect being such as God could not act because only dissatisfied people act in order to relieve discomfort. Barth made the case for revelation over natural theology and promoted a God who is “totally other” and incapable of being fully grasped by human reason. Mises wrote in The Ultimate Foundation,

With regard to the doctrine that God is wholly other than man and that his essence and nature cannot be grasped by mortal man, the natural sciences and a philosophy derived from them have nothing to say. The transcendent is beyond the realm about which physics and physiology convey information. Logic can neither prove nor disprove the core of theological doctrines. All that science – apart from history – can do in this regard is to expose the fallacies of magic and fetishistic superstitions and practices.

And in Theory and History he chastised theologians who embraced socialism:

They have unwittingly espoused all the tenets of Marxism minus its— merely incidental—atheism. This surrender of philosophical ethics and of religion to the anticapitalistic teachings is the greatest triumph of socialist and interventionist propaganda. It is bound to degrade philosophical ethics and religion to mere auxiliaries of the forces seeking the destruction of Western civilization.

In The Ultimate Foundation, Mises began the chapter “Necessity and Volition” with a defense of religion against attacks by positivism. His goal was to dethrone the philosophy of positivism and repair the damage it has done to the field of economics, but he started by defending religion against similar attacks. He emphasized that some areas of knowledge lay beyond the domain of the natural sciences. Notice the use of the word “Lord” in place of “God,” which Christians tend to do.

It follows that scientific research will never succeed in providing a full answer to what is called the riddles of the universe. It can never show how out of an inconceivable nothing emerged all that is and how one day all that exists may again disappear and the “nothing” alone will remain.

The positivist doctrine that denies the legitimacy of any metaphysical doctrine is no less metaphysical than many other doctrines at variance with it. This means: What a man in the present state of mankind’s civilization and knowledge says about such issues as the soul, the mind, believing, thinking, reasoning, and willing does not have the epistemological character of natural science and can in no way be considered as scientific knowledge.

Mises’ epistemology recognized that science can never be certain about any of its achievements; things could have been different and may someday be different. Uncertainty reigns. Only God knows with certainty, as he wrote in Theory and History,

Those divines who saw that nothing but revelation could provide man with perfect certainty were right. Human scientific inquiry cannot proceed beyond the limits drawn by the insufficiency of man’s senses and the narrowness of his mind.

The contingent nature of human knowledge and radical uncertainty about the future motivate people to turn to God, he wrote in The Ultimate foundation:

Even dull people cannot fail to realize that their well-being ultimately depends on the operation of forces beyond man’s wisdom, knowledge, prevision, and provision. With regard to these forces all human planning is vain. This is what religion has in mind when it refers to the unfathomable decrees of Heaven and turns to prayer.

Mises demonstrated with his last two books that he understood Christian doctrine well. His affinity for Barth could indicate that he embraced them personally. In Theory and History he had written this:

The three most popular pre-Darwinian philosophies of history of the nineteenth century—those of Hegel, Comte, and Marx—were adaptations of the Enlightenment’s idea of progress. And this doctrine of human progress was an adaptation of the Christian philosophy of salvation.

Christian theology discerns three stages in human history: the bliss of the age preceding the fall of man, the age of secular depravity, and finally the coming of the Kingdom of Heaven. If left alone, man would not be able to expiate the original sin and to attain salvation. But God in his mercy leads him to eternal life. In spite of all the frustrations and adversities of man’s temporal pilgrimage, there is hope for a blessed future.

Although I can’t know for certain in this life, I won’t be surprised to find Ludwig von Mises in heaven.