Factions Can’t Work Together Because We Have Different Goals 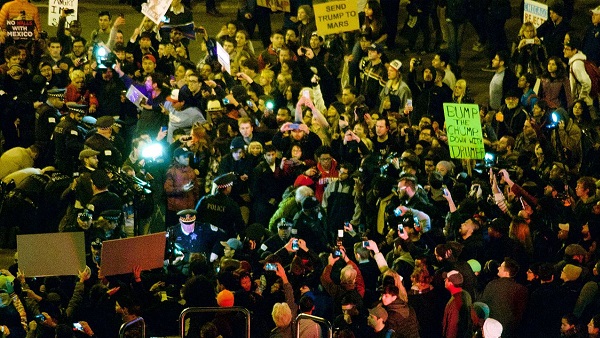 There is a substantial reason why America’s political factions cannot find sufficient areas of compromise, except for extreme emergencies such as the COVID-19 crisis, to work together for the common good. Quite bluntly, their goals are quite different.

Those in the center and right tend to emphasize the nuts and bolts of government to resolve specific problems. On the local and state levels, their top priorities are protection from crime and the provision of efficient municipal and state services. Nationally, they emphasize the deterrence of foreign aggression, and the maintenance of a paradigm that allows the economy to thrive and prosperity to grow.

Those on the left see government as a tool to attain ideological goals. While not oblivious to the need to provide basic services, that consideration is a distant second to their primary purpose of, as Barack Obama stated, “Fundamentally transform America.”

David Horowitz noticed this problem several years ago. Writing in the Washington Times, he noted that, “A practical politician attempts to address problems and fix them, not to fundamentally transform an entire nation. […] In a national crisis such as America faced in 2009 […] traditional leaders would have regarded their first task as one of rallying the country on a common agenda and bringing Americans together. Instead, Mr. Obama and Mrs. Pelosi put their radical agenda first. […] Far from pursuing national unity to solve the crisis, Mr. Obama put his goal of transformation in front of everything.”

The different approaches can be seen even in areas where the two sides have a common interest, such as the environment. No rational politician is in favor of allowing the planet to become unlivable. That, however, is where the common interest diverges.

Much of the debate has centered on progressive support for responses such as Paris Climate Agreement and the Green New Deal, both largely operating within the concepts of the United Nations Framework Convention on Climate Change. However, even if every signatory to the Paris Accord totally lived up to their obligations under the deal, and every U.S. state complied with the Green New Deal it would make little difference in global temperatures, assuming manmade global warming is indeed a significant issue. It would, however, reshape the world economy in a manner that the Left has advocated for a very long time. Contrast that ideological-driven response with the more pragmatic approach of the conservative White House administration.

The Left’s impulse to use environmental challenges to push an ideological agenda can be seen in its opposition to fracking, which produces clean natural gas, but does not move the ideological needle to the left.

Speaking last July 8, President Trump stated, “I have given [the EPA] clear direction to focus on addressing environmental challenges. […] In addition to clean air and clean water, that means being good stewards of our public lands; prioritizing cleanup of polluted lands that threaten our most vulnerable citizens, and threaten them very dearly. […] One of the main [factors] of air pollution — particulate matter — is six times lower here than the global average. […] While we’re focused on practical solutions, more than 100 Democrats in Congress now support the so-called Green New Deal. Their plan is estimated to cost our economy nearly $100 trillion — a number unthinkable; a number not affordable even in the best of times. […] It’ll kill millions of jobs, it’ll crush the dreams of the poorest Americans, and disproportionately harm minority communities.”

The clash between the two concepts illustrates the contrast between those who, on one side, see government action as a tool to solve specific challenges, and those, on the other, who see government as a vehicle not to solve particular problems but to “fundamentally transform” the nation.