Taking The Emotion Out Of The Immigration Debate 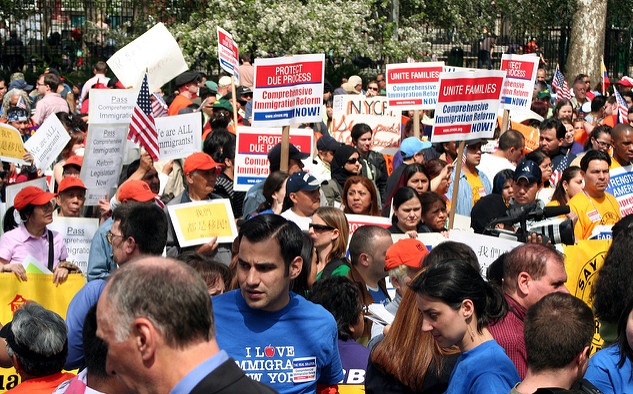 The reality of the immigration debate is often swamped by emotion. The biggest problem, it seems to me, is that the topic is treated like one clear-cut, monolithic pronouncement: you are either for it or against it. That creates confusion by conflating multiple complex facets into one, with people talking past each other, using the same words but understanding different things. It has many faces and implications for society.

The economic component attempts to determine whether the existing citizens or residents of any country are hurt or helped or are not affected by an inflow of people from other countries. The human rights aspect discusses the rights of people to freedom of movement and association, regardless of the economic consequences. The cultural and political themes argue whether change to the fundamental cultures and political structures are acceptable and beneficial or not. Immigration from different places has different effects because of the varied nature of those foreign countries and their customs, traditions, and politics. These are important discussions, but they are different discussions. The political ramifications, for instance, might mitigate some economic consequences. There is more nuance than for or against.

The economic case in favor of immigration is pretty solid. Many countries, including the United States, advanced to prosperity at a time of significant immigration, and looking at the underlying logic and theory, that makes sense. Over the course of a lifetime in any civilized society, the average individual produces more than he or she consumes, leaving more for the next generation to start with. Societies develop because individuals accumulate some type of wealth. This fact holds just as true for immigrants as for the natives. Yes, an immigrant family has mouths to feed, but such household, given the proper incentives provided by a market society, also has hands to produce, the same as native families. Given those proper incentives, immigrants will produce more than they consume, both in the short run and the long run, benefiting society as a whole. Of course any native who loses a job to an immigrant will suffer to some extent, but that same person would suffer by losing a job to someone who immigrates from, say, New York to North Carolina. In either case, improved economic outcomes increase available options.

The other aspects of the discussion are not as straightforward. The politics of welfare might skew the incentives to produce, but the same goes for all people, immigrant or not. It is a problem of the welfare system and not inherently an immigration problem. Culture and tradition can thrive with infusions from other areas of the world, but a key element in the present discussions is how much is beneficial. While some new ideas and productive bodies and minds can improve economic results, wholesale infusion of people with foreign ideas is bound to cause significant upheaval. Even though the long term effects might be positive, a great upheaval can destabilize a country.

A corollary to that threat is that leaders in particular regions promote immigration into enemy countries to purposely destabilize and undermine the political system and the culture. As one radical Islamic immigrant emphatically asserted, “ We are having babies and you aren’t.” He has a valid point, which is that the country will soon be overwhelmed and there would be no turning back in a free and open democratic nation. Immigration as a tool of political warfare defies any and all of the logic underlying the benefits of immigration, as countries like Sweden are finding.

Immigration is not a straightforward yes or no. It is a complex issue with positives and negatives. Is the border wall good or bad? That depends on which face of immigration you are talking about.