Tariff-Free Trade Should Be A Bi-Partisan Consensus 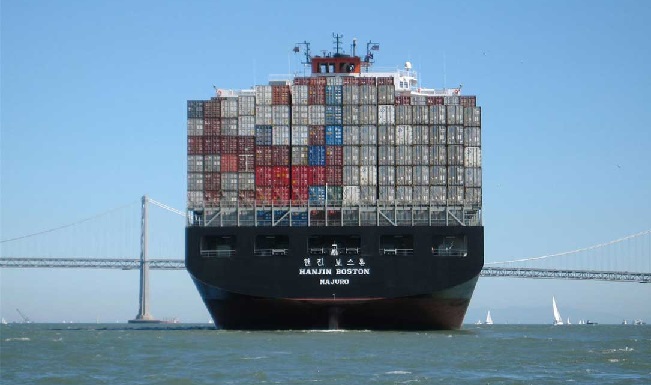 During this election year, presidential candidates are clamoring for air-time to share their policy proposals. So far, and it’s still early in the year, we’ve heard everything from “free healthcare” to “raise taxes on the wealthy.” Hardly a proposal has been offered that has gained support from both sides of the aisle.

Tariffs, as we are all now aware, are a “toll” for allowing goods to enter the country from a foreign country. The idea is, if China wants to send their manufactured goods to the US, it will cost a little extra just for allowing those goods into the country. The intention of tariffs, some will say, is to close a trade imbalance. Supposedly, if the US imports more goods from China than China imports from the US, this imbalance, or, “trade deficit” can be closed by the use of tariffs.

So it was that President Trump announced tariffs on $50 billion in Chinese imports with another $300 billion in imports to be tariffed not long after. It seems the purpose for these tariffs was to close the trade deficit between the US and China while forcing China to the table to sign a new trade deal.

First, let’s be honest enough to say that both of those goals were met through the use of tariffs. It has been reported that the US trade deficit with China shrank for the first time in 6 years in 2019. And we are all aware of the fact that the Phase 1 trade deal with China has now been signed. The fact that two of President Trump’s primary objectives have been accomplished is noteworthy. That tariffs played a main role cannot be denied.

What should be considered is whether tariffs should be a normal part of a nation’s foreign trade policy.

While some advocate for tariffs as standard practice in foreign trade, it seems a better policy to advocate for free-trade. Free trade is just that, freely trading goods, services, and products with other countries. It behooves any country to have a robust free trade relationship with other producers. Protectionist policies that include tariffs are little more than a tax on your own citizens.

This is a story that has been re-told the world over. One country imposes tariffs on the goods of another country, the “offended” country then imposes tariffs on goods from the “offending” country. On and on the cycle goes. And what is the result? Higher costs to consumers, fewer buying options for those consumers, fewer business opportunities for manufacturers and producers, slower import/export business resulting in fewer jobs and slower economic growth. In other words, it doesn’t help anything.

What often happens when countries engage in tariff-trading policies is small businesses (and even larger ones) end up either eating those costs or passing them on to consumers. If they pass the cost to consumers, higher costs for goods can lead to fewer sales, which can result in slower business growth and even lost jobs. If businesses eat the tariffs the result is often smaller profits which result in smaller/fewer bonuses, no bonuses, smaller pay raises, and less corporate expansion. There’s no doubt many US business faced this very scenario as a result of the recent US tariffs on Chinese goods.

Positive economic activity is created when smaller countries (and companies) can freely exchange goods and services with others without the added roadblock of additional taxes (tariffs) standing in the way. Because, let’s face it, the people really hurt by tariffs are both the consumers, exporters and importers that have to pay extra for the exact same product. And when costs are higher – production is slowed, jobs are lost, and economic activity is reduced.

Why would a nation not want a free trade policy? The ability for producers to freely trade their goods and services with others can only have a positive effect on the economy of that nation. It brings new technologies, innovations in industry, paves the way for collaboration, and will inevitably create jobs and contribute to the economy. Free trade will also contribute to the speed of business and propel economic growth. There is no shortage of positive effects a free trade policy can have on the economy of a nation.

Economies are now inextricably linked. The world is a smaller place where micro and macro-economic connections exist all over the world. If you implement a policy that harms one area, the ripple effect will be felt all over the world. While I’m not a globalist, I do believe that it benefits the US economically to engage in robust free-trade with other countries; which will result in lower costs and greater competition among companies for business.

As I stated previously, we have to be honest enough to admit that the tariffs imposed by the Trump administration did their job. And, like many things, using the tariffs as a tool to accomplish a specific short-term purpose can make sense. However, using tariffs long-term is more likely to slow business and economic growth and should be avoided. Free-trade is better path forward.