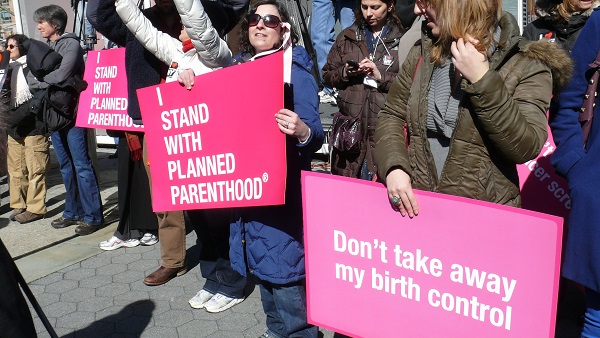 With contributions by Jerry Bowyer.

We recently sat down for an interview with Dr. David L. Black, the founder of 2ndVote. Amidst the surge of biased corporate activism, 2ndVote.com tracks how nearly 1,000 businesses perform in 7 different categories: 2nd Amendment, Environment, Marriage, Life, Education, Immigration, and Religious Liberty. Corporations are investigated by 2ndVote and assigned scores in those categories depending on how involved they are in corporate activism. For example, donating money to Planned Parenthood is the type of activity that will negatively impact their score in the Life category. You can listen to our full interview with Dr. Black here.

If you’re an investor, financial advisor, or even just a consumer, who’s concerned about the encroachment of political activism in the corporate world, 2ndVote provides an essential service. By doing the work of tracking the nitty gritty of businesses’ actions, 2ndVote allows the rest of us to see what corporations are doing with our money.

All the methods cynically used by activists to push corporate policy into conformation with their ideology are available to the rest of us, to push for sanity instead. Yet we have consistently failed to exercise our rights, as Dr. Black explains: “Our side of the conversation has been silent. If we will speak up, we can rectify this, we can move this back in the other direction.” But before you can target companies, you need to figure out which companies should be targeted. 2ndVote allows you to do just that.

The trigger for launching 2ndVote came in 2011, when Dr. Black was buying groceries after church. At the register, he donated to the charity March of Dimes, which his wife questioned. “I asked her why I shouldn’t have, and she said ‘well, March of Dimes works with Planned Parenthood.’ […] Subsequently, what I did was I ruminated on that fact that I didn’t know something as important as that, and I began to ask myself what else I didn’t know.”

From that came 2ndVote, which allows both investors and consumers to know just what the businesses that they own and buy from are doing with their money. 2ndVote lifts the veil on corporate activism — which ends up being important, as in many cases, these businesses are less than forthcoming about their dealings.

2ndVote tracks both non-profits and for-profits, because, according to Dr. Black, much of corporate activism is done through their support of non-profits; the corporations are “funding bad actors that are engaged in radical behavior.” It’s not just the direct financial support that matters to said bad actors – the mere fact of association with a well-known or respected corporation is significant for their credibility.

To avoid arousing the suspicions and scrutiny of those who don’t buy into their agenda, corporations will try to obscure their donations. One of the ways they do this is through “donation matching.” According to Dr. Black, corporations will “match gifts for their employees, and then they’ll try to position it that, ‘Well, we’re just matching gifts, we’re not giving directly.’”

This is obviously fundamentally deceptive. “It’s still corporate money, and they could not give it.” Unfortunately, it gets even worse: Some corporations will match donations to something like Planned Parenthood, but not for a pro-life non-profit. “We absolutely see [situations] where all the giving is to the left. They’re not supporting a pro-life organization or a pro-traditional marriage organization. It’s amazing that when you’re talking traditional American values, that’s political, but when you’re giving to Planned Parenthood or the Human Rights Campaign, that’s not ‘political,’” says Dr. Black.

It would be one thing if these businesses would match their employee’s donations without bias, but only matching donations to non-profits that sit on their preferred side of the ideological spectrum is unjustifiable — especially when the beneficiaries are “charities” that are completely morally bankrupt.

That sort of policy is absurd on its face, and yet it’s more common than we would like to believe. The fact is that many in the corporate world would see Planned Parenthood as an entirely acceptable “non-political” recipient of money, because the framework they’re operating in is artificial. What is acceptable and not acceptable corporate practice, so far, has been determined by a small but insidiously dedicated group of biased activists. These activists have infiltrated the corporate world and skewed the standards in their favor. We wrote about their influence extensively here.

While investors and their financial advisors can take back control of corporations, the first step is figuring out which companies are the most egregious abusers of shareholder money, which is why 2ndVote’s work tracking over 900 companies is essential. We can take Amazon as a case-study: you can easily look up their scores here, and see that they have a very low score in almost every category.

Blue represents Amazon’s score, and orange represents the average score for all 907 companies in the same category.

Amazon is a massive company, with a market capitalization of nearly $800bn, and according to 2ndVote, they’re far more entrenched in biased political activism than most corporations are. If you’re an investor or financial advisor, you may very well be a shareholder or have clients who are shareholders of Amazon — and simply not know that they’re essentially acting as a multi-billion-dollar activist group.

In some sense, that’s the first stumbling block on the path to a solution. Many investors are unaware this activity is going on, or even if they’re aware of it in a general sense, they might not know which of the businesses they own have been caught up in the wave. The political machinations of those corporations might be fundamentally concealed from the public, as Dr. Black explains: “You don’t get these companies running their commercials on television telling you what they really do. They’re always representing a different picture in their advertisements than what they’re doing behind the curtains.”

In other words, the average investor or advisor can’t simply rely on the business being forthright about their activism to know what’s going on, because corporations will sometimes deliberately hide their activities. “[T]hese actions take place in a manner in which you’re not going to uncover a great deal of written documentation. But if a company is scored 100% by the Human Rights Campaign, with regard to the Marriage issue or LGBTQ issues, you’re going to know pretty well that they’re not going to fund anything that is going to be Christian in nature,” says Dr. Black. Which is why 2ndVote is an extremely valuable resource: They’re presenting the full picture to the public.

https://www.2ndvote.com/actors/ shows at a glance who the most prominent “good actors” and “bad actors” are for each of the 7 categories. If you’re an investor in one of the “bad actors,” (whether directly or through a brokered account or mutual fund) you are not helpless: As a shareholder, you can influence corporate policy.

For the sake of human dignity and sanity in general, not to mention for the financial interest of an individual who expects a reasonable return on their investments, it’s important for investors to get involved. Publicly traded companies are owned by their shareholders, and they are legally and ethically obligated to act in their investor’s interests. The first step is exposing how pervasive the biased, activist mindset is. The second step, for which 2ndVote.com is an invaluable tool, is to identify the specific companies in your or your client’s portfolio that are the worst offenders.

Once you know who those worst offenders are, the third step is using the tools at your disposal to bring the corporate world back to reality. There’s a wide range of actions shareholders can take, from voting on shareholder resolutions, to voting for the board of directors, to proposing their own shareholder resolutions. Dr. Black’s work exposing corporate activism through 2ndVote is an important resource for the investor or advisor who wants to have a say in the boardroom. In the next part in this series, we’ll explain exactly how you can use your rights as a shareholder to directly engage with the corporations you own, and stop the egregious misuse of investor’s resources.