Who Is Stopping Needed Road And Bridge Repairs? 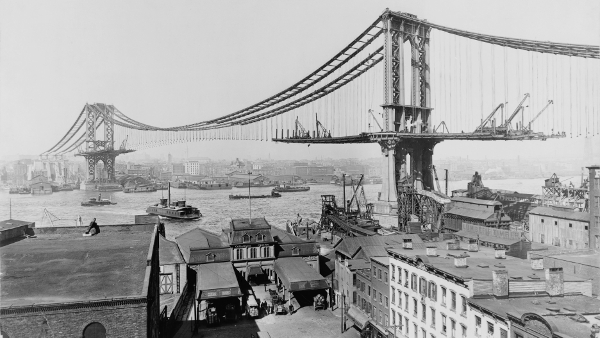 One of the few areas of bipartisan agreement is the need to update America’s infrastructure.

The American Society of Civil Engineers (ASCE) notes that the condition of the nation’s dams, drinking water equipment, waste systems, levees, transportation, bridges, waterways, ports, rail, roads, mass transit, parks, schools, and energy is a lowly D+. ASCE estimates that failure to properly maintain the nation’s infrastructure is holding back the creation of hundreds of thousands of jobs and reducing annual incomes by $3,400 per household.

In 2017, The U.S. Congress Joint Economic Committee found that,

“America’s infrastructure has fallen in rank from 6th in the world to 25th in just the past 5 years […] aging transportation infrastructure is expected to increase the cost of business in America by an estimated $430 billion in the next decade.”

32% of American roads are in poor or mediocre condition, and 25% of bridges are rated as structurally deficient. The American Automobile Association (AAA) notes that many of the 30,000 deaths that occur on U.S. highways are “attributable to the direct result of inadequate lighting, poor signage or outdated road design that might have been prevented by fixing unsafe roads.”

Despite general agreement on the need for action, progress has been slow for decades. The White House believes an onerous review mandate, an outgrowth of the National Environmental Policy Act (NEPA) passed a half-century ago is a significant part of the problem. According to the Trump Administration,

“Complying with the regulatory requirements has become unnecessarily complex and time consuming and has delayed important infrastructure projects. NEPA requires that Federal agencies evaluate the potential environmental impacts of major projects such as roads and bridges, rail and water infrastructure, or conventional and renewable energy projects. Given the importance of infrastructure investment to economic growth, President Trump directed the Council on Environmental Quality (CEQ) to modernize the Federal government’s NEPA regulations. The CEQ has issued a notice of proposed rulemaking detailing its modernization plans.”

The White House proposal would be the first comprehensive update to the regulations in over 40 years. According to CEQ data, completing the average environmental impact statement (EIS) process takes 4.5 years. The delay is worse for highway projects in particular, with many statements taking over 6 years and some reviews taking decades.

Some have expressed concern, believing that without the rigorous and time-consuming process, there exists the possibility of adverse environmental impacts. The Administration states that it is not abolishing environmental reviews, merely streamlining the process.

The basic thrust for NEPA modernization is that it will reduce the average time to complete an environmental impact statement. Project sponsors must often acquire approval from various agencies on permitting decisions in order to advance their project. NEPA serves as the umbrella statute for coordinating environmental reviews. In the past, reviews for projects involving multiple permits were conducted sequentially instead of concurrently and in some cases there was insufficient coordination among agencies. CEQ’s proposed NEPA updates includes codifying aspects of President Trump’s One Federal Decision policy, which streamlines coordination and communication between Federal agencies and sets a two-year average goal for completion of environmental reviews for major infrastructure projects. The Federal government will still perform all environmental reviews as the law requires, just now with greater efficiency.

“Improving the Federal environmental review and authorization process will enable infrastructure project sponsors to start construction sooner, create jobs earlier, and fix our Nation’s infrastructure faster while also ensuring that a project’s potential impacts on environmental and community resources are considered and managed throughout the planning process.”

Many infrastructure needs were supposed to be addressed by all that ($787 billion) stimulus money, but most were not. In some cases, dollars were spent foolishly, on projects such as bike lanes, instead of on major, urgently needed transportation needs.