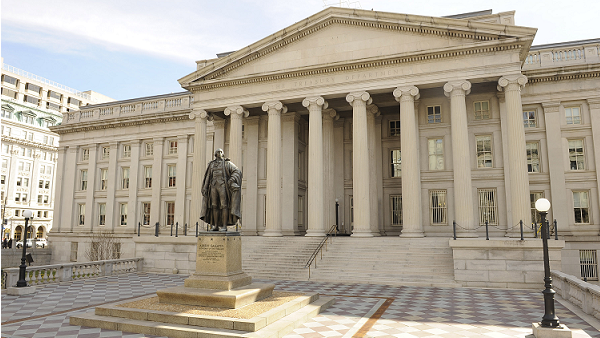 Your representatives in Washington have decided to spend an extra 2.2 trillion dollars of your money. Since many millions of people are pretty much forced to stay home and businesses shuttered, some portion of it actually makes sense. If you are going to take people’s money, at least provide them with sustenance during this difficult time. That is something that can be done in a very short time without much extra bureaucracy.

Every state has an unemployment insurance system in place already, and unemployment is a stopgap measure to get families through a difficult time after being cut off from sources of income. Strengthening and supplementing those systems can help a lot to make sure that masses of temporarily laid-off workers will still be able to feed their families and pay their mortgages. It is also a good thing that self-employed people and small business owners will be eligible, since their incomes were also cut off.

Similarly, the portion of the spending that might go to providing temporary cash flow to businesses that need it will help to make sure that there is a business to go back to work for when this temporary situation is eased. The productive capacity of virtually every business is just sitting there waiting for employees to come back and resume production. As long as the company weathers the storm, supply chains will refill, sales will resume, employees will earn wages, and companies can be profitable again. It would be a good thing to prevent as many bankruptcies as possible to allow quick resumption of productivity.

Sending out checks to every person in the country is not such a good idea. Those who have not been working don’t need to replace the wages that weren’t there to begin with. Their retirement system, welfare payments, or whatever other sources are untouched by the shutdown. Those who are still working don’t need them, since their wages continue. Those who have lost jobs are covered under the unemployment program. That serves the purpose of protecting families during this time of shutdown.

The Keynesians argue that putting money into people’s hands will allow them to spend more, and thus increase aggregate demand. Without the production that comes from their working, however, that is simply a consumption of the nation’s wealth and borrowing from future productivity. Wealth does not and will never come from increasing consumption. Increasing demand without increasing production can only increase prices.

Government spending, even if it is justified by situations like the present crisis, is not and never can be economic stimulus. Any money that the government spends in any area or any level of the economy must necessarily come from that economy. It is the result of either taxation of present productivity and wealth or taxation of future productivity and wealth, in the form of government debt. Every single dollar that the government spends, it must get from you and the 165 million other productive Americans, either from taxing the income or assets you have now or  taxing those in some future period. There is no magic spending fairy that grants politicians their wishes.

The record so-called stimulus spending of the prior recession, dwarfed by the current feeding frenzy, resulted not in quick recovery, but rather in the slowest recovery since the Great Depression. Monetary manipulation and massive political programs don’t produce anything. If anything, they get in the way of the productive sector, the one that actually provides all economic stimulation. If politicians really want to stimulate the economy, they don’t need to take trillions of dollars from the economy to redistribute back into the economy. They can just remove the shackles they impose on society through pet programs, restrictions, and destruction of wealth through waste.