Are You Powerless To Change? Or Too Impatient? 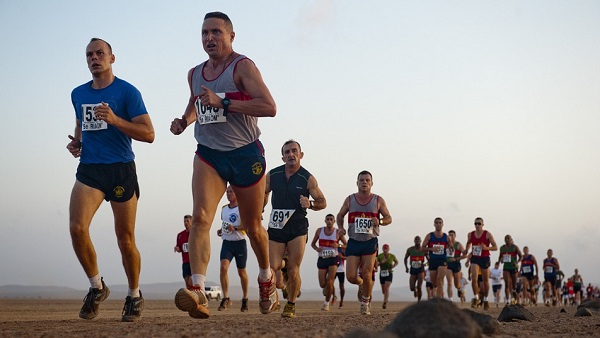 People are haunted by behaviors that sabotage their lives. Often, they pretend the sabotage isn’t happening. But even when they acknowledge it, they find changing their behavior difficult. They feel powerless, and sometimes even stop trying to change on the grounds that they are powerless.

Weirdly, there’s an aspect of conservative Christian teaching that can rationalize this perceived powerlessness. This is understandable since the basic Christian message is that only God could act (and thankfully did so) to save the human race from their sin. As the Apostle Paul famously wrote to fellow Christians:

For by grace you have been saved through faith. And this is not your own doing; it is the gift of God, not a result of works, so that no one may boast. For we are his workmanship, created in Christ Jesus for good works, which God prepared beforehand, that we should walk in them (Ephesians 2:8–10 ESV).

This passage is often taken with others that are understood by some Christians to teach that only a miracle can change people’s behavior. When someone turns away from bad behavior and embraces good behavior it involves a supernatural conversion.

But, even if this happens, a couple of problems arise: First, what about Christians having problems at their jobs, in their marriages, with their kids, and in other areas? Do we assume that they’re not really Christians? Is there nothing we can do but pray they will suddenly change? How many times can a person be converted? And should professing Christians be encouraged to view themselves as inert, waiting to be rescued?

A second problem is interacting with nonchristians.  Do Christians have no advice to offer unbelievers on how they should live as unbelievers? Do they have nothing to say to people who drink too much, start needless arguments with coworkers, or go through a series of unfulfilling (and immoral) relationships, other than, “Pray for Jesus to change you.”

Moses promised Israel that if they followed God’s guidance the pagan nations would be impressed by their wisdom:

See, I have taught you statutes and rules, as the LORD my God commanded me, that you should do them in the land that you are entering to take possession of it. Keep them and do them, for that will be your wisdom and your understanding in the sight of the peoples, who, when they hear all these statutes, will say, “Surely this great nation is a wise and understanding people” (Deuteronomy 4:5–6 ESV).

This promise was fulfilled at least partially during Solomon’s reign: “And people of all nations came to hear the wisdom of Solomon, and from all the kings of the earth, who had heard of his wisdom” (1 Kings 4:34). While the goal of such wisdom was to get the people of other nations to consider and acknowledge the claims of the true God, it had to be valuable to them before such a conversion if it was going to lead to that conversion.

Regarding how to help Christians, Paul’s advice to believers doesn’t seem to assume that they always want to do what is right. He tells them to practice at it.

When a novice watches a trained runner or weightlifter or pianist perform, it often looks like they are doing the impossible. And in a certain sense, they are. You cannot simply copy their movements and do a similar feat. But if you take the time to learn the skills involved, you can get closer to that capability. Not everyone will reach the same level because there are other variables. But repeated practice over time can change what is possible.

When you encounter someone who is exemplary as an employee, spouse, or parent, their behavior can seem impossible for you. Maybe that’s only true because you are demanding your behaviors and attitudes change immediately.

Human motivation is a mystery. It certainly is right to ask God’s Spirit to improve yours. But that mystery should not excuse us to merely wait for a dramatic rescue rather than working on changing ourselves over time. As the Apostle Peter wrote,

His divine power has granted to us all things that pertain to life and godliness, through the knowledge of him who called us to his own glory and excellence, by which he has granted to us his precious and very great promises, so that through them you may become partakers of the divine nature, having escaped from the corruption that is in the world because of sinful desire. For this very reason, make every effort to supplement your faith with virtue, and virtue with knowledge, and knowledge with self-control, and self-control with steadfastness, and steadfastness with godliness, and godliness with brotherly affection, and brotherly affection with love. For if these qualities are yours and are increasing, they keep you from being ineffective or unfruitful in the knowledge of our Lord Jesus Christ (2 Peter 1:3–8 ESV).