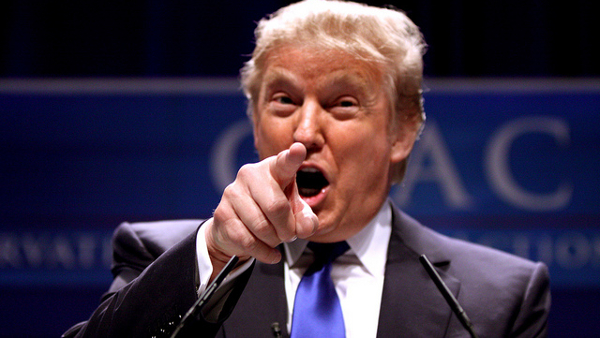 The theology of economics from the time of Christ to today shows that from the 2nd century to the 16th, theologians followed pagan writers such as Aristotle and Cicero who saw commerce as one of the world’s worst evils. From the 16th through most of the 19th centuries, they taught laissez-faire. From the late 19th to today they teach socialism for the most part.

Why has the theology of economics changed so radically? The Bible hasn’t. The answer lies in the fact that theologians can’t think for themselves on the topic and merely baptize the philosophy popular among “intellectuals.”

Karl Barth exemplifies the problem. Most readers won’t know Barth but your pastor will, so you might pass this on. I mentioned that Mises had become a fan of the theologian in his later years in spite of Barth’s rabid socialism. Readers should learn about Barth whether you’re a Christian, atheist or other because he has exerted the greatest influence on regressive Christians who call themselves “progressive.” It is often said that Pope Pius XII and Pope Paul VI called Barth the greatest theologian since Aquinas, but no one provides a reference. Consider these accolades:

From Christianity Today: “Nonetheless, he remains the most important theologian of the twentieth century.”

From the Encyclopedia Britannica: “Swiss Protestant theologian, probably the most influential of the 20th century.”

From the Center for Barth Studies at Princeton Theological Seminary: “Karl Barth (1886-1968) was the most important Swiss theologian of the twentieth century, with an influence far beyond Switzerland. He is considered alongside Thomas Aquinas, Jean Calvin, and Friedrich Schleiermacher to be one of the greatest thinkers within the history of the Christian tradition.”

Finally, from the Musee Protestant: “The debate is still going strong about a work which belongs to the great theological tradition of Christianity, of Saint Augustine, Saint Anselm, Saint Thomas, Saint Francis of Assisi, Luther and Calvin.”

Barth has taken regressive Christians in the U.S. prisoner. For example, the recently retired editor of Christianity Today, Mark Galli, has written a book promoting Barth and uses Barth’s writing sas part of his daily devotions. So, it shouldn’t be surprising that Galli’s last editorial for CT called for President Trump’s impeachment. Galli regularly insulted Christians who voted for President Trump. After his book came out, Galli learned about the extent of Barth’s affair with his secretary through letters he had written to her. Barth carried on the affair for decades and forced his wife to allow his mistress to live in the same house.

Galli wrote, “I still recommend Barth’s theology, but as I said in my book, it’s not because he had the right answer to every theological question. He must be read critically, as we read any great thinker, probing whether his thought is consistent with the teaching of Scripture. And as I said in my book, Barth is probably most helpful not because of the answers he gives, but because he—more than most theologians—prods one to think theologically and, especially, biblically.”

But clearly, Barth refused to think Biblically about adultery. Galli mentions several great Christian leaders of the past afflicted with clay feet, but none of them justified their evil and repented of it. Barth never repented and to the end justified his sin as God’s will.

Why dwell on Barth’s affair? It doesn’t discredit his theology; that would be committing the ad hominem fallacy. The affair says nothing about Barth’s intelligence, but it writes volumes about his wisdom and another area in which Barth displayed gross foolishness was his economics: he considered capitalism to be demonic. Barth defenders think their idol’s theology forced him into socialism. But the truth is that his socialism drove his theology, as RM Petersen wrote in “An Analysis of the Nature and Basis of Karl Barth’s Socialism.” Petersen wrote,

Barth’s theology arises in a context of socialist praxis, as a means of grounding and explicating that praxis in a theological base…Barth’s theology can be seen to be, amongst other things, a way to ground a radical socialist commitment that at the same time avoids any religious sanctification of political practice…

Peterson explained that Barth was a radical Marxist as a young pastor and plunged into theology in order to find support for socialism. Along the way, he abandoned liberal “Christianity,” which denies the deity of Christ, his resurrection and all miracles, and defended what became known as neo-evangelicalism. He made believing in God and the Bible respectful in academia. The great fundamentalist Bob Jones said after meeting Barth, “He smokes and drinks, but I believe he is saved.”

Just as Barth never repented of his adultery, he never gave up on socialism. There is no indication he ever read even an introductory book on economics, although Mises and Wilhem Roepke were contemporaries. Barth considered Marx’s scratching to be the only economics worth considering. As a result, Barth battled with a straw man version of capitalism all his life.

After the atrocities in the USSR became too much for most socialists, Barth withdrew his support. Friends tried to persuade Barth to condemn the USSR when it crushed the Hungarian rebellion in 1956, but he refused and wrote, “I regard anticommunism as a matter of principle an evil greater than communism.”

I’m not advocating the abandonment of Barth’s theology. Clearly, he did some good for evangelicalism in the academic arena. On the other hand, Southern Baptists have done quite well without him. The evangelical left, “Christian” socialists, should not repeat Barth’s mistakes. Barth never bothered to learn economic science and ignorance of that science is still the great scandal of the evangelical mind. The demonic enemy Barth hated so much was nothing but a figment of his fevered, adulterous imagination as it is for the evangelical left today.

Godly theologians gave birth to the principles of capitalism in the Reformation. Atheists in the “Enlightenment” fabricated modern socialism as a means of salvation for mankind to replace Christianity. Liberal “Christians,” such as Walter Rauschenbusch, whom so many on the evangelical left also admire, denied the deity of Christ and his resurrection. They saw Marxism as the true savior of mankind, not Jesus.

Of all theologians, Karl Barth is probably the one most responsible for the evangelical left being socialists. Pastors need to know that Barth was as dishonest about economics as he was about his marriage and study him critically, as Mark Galli does not do.