Did Jesus Boycott Sinful Businesses Or Engage With Them? 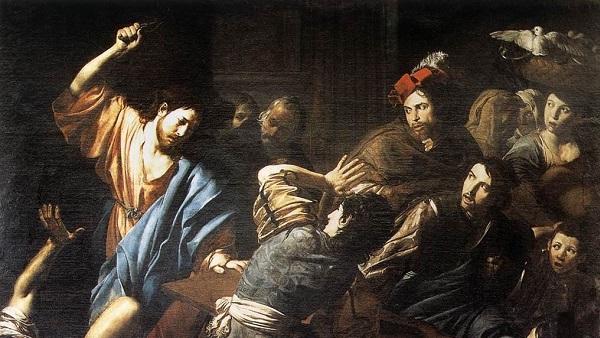 Decades ago, liberal activists began to employ boycotts to counter corporate policies with which they disagreed. More recently, conservative Christians have imitated that approach calling for consumer boycotts, for example of Disney, because of practices like holding or sponsoring gay pride days. More recently, conservative Christians have imitated the SRI (‘socially responsible investing’) movement with the idea of BRI (‘biblically responsible investing’), which screens out companies which, for example, participate in the aforementioned gay pride days, or derive significant revenues from sales of alcohol, pornography, or tobacco.

Since the Bible teaches that there is a right to property (see the eighth and tenth commandments), it is certainly their right to boycott as they see fit. But sometimes various organizations (frequently those who sell screened investment products or screening services) seem to imply that such boycotts are mandatory for Christians.

Let’s start with Jesus’ interaction with a group of people who were not just despised, but rightfully seen as sinful: tax collectors.

And after that He went out, and noticed a tax-gatherer named Levi, sitting in the tax office, and He said to him, “Follow Me.” And he left everything behind, and rose and began to follow Him. And Levi gave a big reception for Him in his house; and there was a great crowd of tax-gatherers and other people who were reclining at the table with them. And the Pharisees and their scribes began grumbling at His disciples, saying, “Why do you eat and drink with the tax-gatherers and sinners?” And Jesus answered and said to them, “It is not those who are well who need a physician, but those who are sick. “I have not come to call the righteous but sinners to repentance.”

We see in this passage in microcosm the entire story, which we will see repeated again and again. Jesus engages closely with sinners, not just in mere social ways, but actually interacting with, and benefiting from, their corruptly-gained income; Pharisees grumble about this; Jesus articulates a different philosophy of holiness/separation than that of his detractors by talking about the benefit to the sinners from their interaction with Him.

The publicans were indeed corrupt. Firstly, they were held in power by an oppressive imperial power, which unjustly extracted wealth from the people of Israel. Tax collectors, publicans, were creatures of the Roman State, which occupied Israel through conquest, and threat of death (including crucifixion). Subject people were plundered so that idolatrous Roman emperors could buy off the people of Rome with bread and circuses. Even an honest publican was participating in an incredibly exploitative system. But as you can see in this article, publicans were generally not even honest to this exploitative system, but skimmed extra for themselves off the top. That was their typical business model.

Jesus’ approach conflicted with that of the Rabbis who saw tax gatherers as dishonest, and who even considered all those who benefited by any relationship with them to be tainted.

“…hence the rabbis declared, as one robber disgraced his whole family, so one publican in a family; promises were not to be kept with murderers, thieves and publicans (Nedar 3:4); the synagogue alms box and the temple corban must not receive their alms (Baba Kama 10:1); it was not lawful to use riches received from them, as gotten by rapine; nor could they judge or give testimony in court (Sauhedr. 25, sec. 2).”

You can see the structure of Rabbinical thinking in this: They saw the moral character (or lack thereof) of the manner in which the money was made as adhering not just to the deed itself (collecting taxes dishonestly) but also adhering to the money which touched it. In this case, the sinfulness flows through to the beneficiaries such as family members (and it is not just minor dependents named therein).  As we have already seen, and will see further below, this is not Jesus’ conception of holiness, but it is useful to get a clear idea what the mindset of His detractors was in order to contrast His approach to theirs.

The entry above from Fausset’s illustrates the view of Pharisees in general. This is seen also among the Essenes which were a more strictly separationist school of Judaism at the time of Jesus:

“The Damascus Document (CD 6:14–20) insists that its followers ‘keep apart from the sons of the pit’ (i.e. everyone outside their community!)…to abstain from wicked wealth which defiles’ (including the wealth of the temple, since it has been corrupted!)’…”

The Essenes saw the Temple as the center of corruption in ancient Israel, and there is good reason to believe Jesus agreed with them. Therefore, anyone who benefited from the Temple, including Rabbis who taught outside the Temple, in the shade cast by its walls, was defiled by it. The same basic conception of holiness (but with a difference of degrees) was present — not only is it sinful to engage in a dishonest or sinful practice to gain wealth, but it was also defiling to be a downstream beneficiary of that activity.

We see this line of reasoning appearing in the mouth of Jesus’ critics.

As you see, Jesus’ detractors among the Pharisees make explicit the connection between Jesus’ social association with tax collectors and His material benefit from it. It’s not just that He ‘hangs with’ them: He gets banquets at their expense, which is a material part of the living of a traveling itinerant preacher.

The view that forbids social relations with sinners (including ones which involve material or financial advantages) is not one which comes out of Jesus’ mouth, but rather out of the mouth of His detractors. The way Jesus interacted with tax collectors indicates that He held something closer to the opposite view, a great deal of freedom is given when it comes to close relationships with genuinely immoral people.