Did Paul Say To Boycott Sinful Businesses Or Engage With Them? 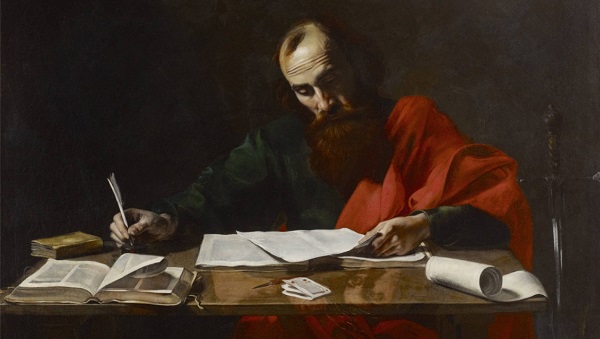 I have argued most recently in this series that not only did Jesus freely associate with sinners and receive material support from the regardless of sinful origins of the wealth, but His immediate disciples and the 70 did as well, both in His presence and away from His presence.

But someone arguing for financial separation from sin might still argue that this is still under Jesus, under His earthly ministry and under His direct supervision and not applicable to followers later. First, this argument is theologically problematic since Jesus argues that His followers will do ‘greater works’ than His, and He promises that His physical absence and the resulting sending of the Holy Spirit is to the advantage of His followers, who were to be imbued with power from on high. Given that, it is hard to see the church being weaker in the face of sin, more susceptible to contagious unholiness rather than what Dr. Craig Blomberg calls in the eponymous book ‘Contagious Holiness.’

Plus the Pauline epistles settle the matter. Christian in a faraway city who have never met Jesus in the flesh still have enormous freedom when it comes to commercial dealings.

But did Paul not say that Christians were to ‘come out from among them…’?

Yes, but he makes clear that his command not to associate with immoral people had nothing to do with non-believers:

I wrote you in my letter not to associate with immoral people; I did not at all mean with the immoral people of this world, or with the covetous and swindlers, or with idolaters; for then you would have to go out of the world. But actually, I wrote to you not to associate with any so-called brother if he should be an immoral person, or covetous, or an idolater, or a reviler, or a drunkard, or a swindler– not even to eat with such a one. For what have I to do with judging outsiders? Do you not judge those who are within the church? But those who are outside, God judges…

Historically, this conception of holiness has led to ridiculous practices, such as those of Simon Stylites, pictured at the beginning of this article:

“Simeon entered a monastic community but was expelled because of his excessive austerities and became a hermit…popular veneration to such a degree that, to escape the importunities of the people, he began his pillar life …  His first column was 2 metres (6 feet) high, later extended to about 15 metres (50 feet), and the platform is said to have been about 1 square metre (about 11 square feet). He remained atop the column for 37 years… “

Note, however, in the image above that food comes up from the sinful world in receptacles and its ultimate result comes down from the pole in (hopefully different) receptacles. Even for a man living on top of a fifty foot tall pole, unrighteous Mammon is unavoidable.