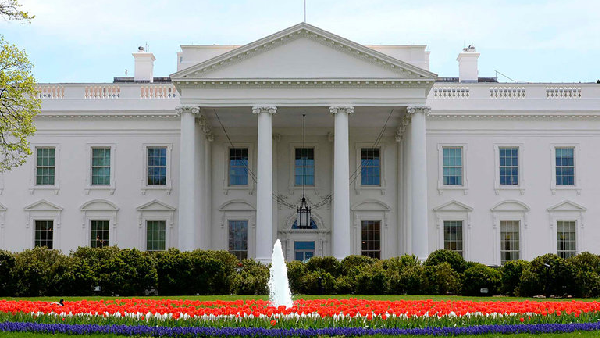 “Trump Says China May Be ‘Knowingly Responsible’ for Virus,” Bloomberg’s Mario Parker misreported the president’s April 18 press briefing. Trump made no such accusation; rather, he said that he would be angry if China had released the coronavirus deliberately. His statement was clearly hypothetical, and the president believed that China had delayed reporting of the Covid-19 epidemic out of embarrassment, not malice. “I think they were embarrassed,” Trump told a reporter at the Saturday White House press briefing. “I think they knew it was something bad and I think they were embarrassed. But you know, no, I think we’re doing very well.”

A day earlier, Trump claimed that China had underreported its Covid-19 death toll, and said the origin of the virus was under investigation. “If it was a mistake, a mistake is a mistake. But if they were knowingly responsible, yeah, then there should be consequences,” the president said. By “mistake,” Trump referred to the widely-circulated rumor that the virus had leaked from a government virology laboratory in Wuhan. The president’s carefully crafted formulation makes no official reproach to Beijing, while allowing some of his supporters to claim that China either instigated the epidemic by creating a biological weapon, or aggravated the crisis by deliberately withholding information from the West.

Politically that’s a win-win situation for the US president. By a 54-46 margins, Americans told the Harris Poll in early April that “China should be required to pay for the spread of the virus, while 72% said they thought China’s reporting of the impact of the epidemic was inaccurate. A Pew Survey found that 30% of Americans believe the virus was invented in laboratory. By leaving the door open to a popular conspiracy theory, Trump keeps his base motivated, although he insists that China acted in error. As the president said, “A mistake is a mistake.” It’s Virology Apprentice, expertly calibrated to serve diplomatic as well as campaign goals.

Senior administration officials meanwhile rejected the theory that China had engineered the Covid-19 virus. Defense Secretary Mike Espers told a television interviewer Thursday that “a majority of the views right now is that it is natural, it is organic.” On Friday, Trump’s top medical spokesman Anthony Fauci told a press briefing, “A group of highly-qualified evolutionary virologists looked at the sequences in bats as they evolve. The mutations that it took to get to the point where it is now is totally consistent with a jump of a species from an animal to a human.” Fauci evidently was referring to a study by Scripps Research, a respected California laboratory.

That pushes the issue into a cul-de-sac. Apart from a few outliers, such as French Nobel Prize winner Luc Montagnier, the consensus among virologists is that the novel coronavirus is of natural origin. The narrative of deliberate Chinese origin will find no support in the scientific consensus, but it will thrive in leaked “intelligence reports” from anonymous sources.

Trump meanwhile is free to campaign on diplomatic and trade successes with China, as well as Russia, with whom the president said “we had a very good relationship” on the issue of stabilizing the oil market. He added in his Saturday press briefing, “China has been very good on the border [with North Korea]. In fact, right now, the border is stone cold closed between China and North Korea. Our relationship with China was good until they did this… look, we just made a trade deal where China is going to have to buy $250 billion a year in our product. 50 billion from the farmers, 40 to 50 billion from the farmers.”

The sweet spot for the president is to look tough without having to be tough. A number of US commentators have suggested ways of making China pay for the epidemic, none of which appeals to a White House whose first concern is to re-start the US economy.

University of California law professor John Yoo and American Enterprise Institute fellow Ivana Stradner proposed last week to “seize the assets of Chinese state-owned companies. Under its Belt and Road Initiative, Beijing reportedly has loaned billions to developing nations in Africa, Eastern Europe, and Latin America, and then taken over their strategic ports and facilities once the debts fall due. The US could turn this strategy on its head by supporting the expropriation of these assets by legal process and the cancellation of these debts as compensation for coronavirus losses.” And attorney Gunnar Gunderson proposed on a prominent conservative website to repudiate the US Treasury’s $1.1 trillion debt to China.

Such measures are acts of war (see page 285 of the Defense Department’s manual of rules of war). If the United States were to do such things, its credit would collapse on world markets, at a moment when the US Treasury deficit is approaching 20% of GDP. Foreigners own $9 trillion of US Treasury debt, and the result would be a global financial crash of unprecedented proportions.

The Trump Administration could – but probably won’t – take additional measures to hamper China’s telecommunications giant Huawei. Long rumored have been new measures to forbid foreign fabricators from selling computer chips to Huawei if they employ American chip-making equipment. That would impact Taiwan Semiconductor Manufacturing Corporation, the world’s largest and most advanced chip fabricator, which sells about 13% of its product to Huawei.

A semiconductor industry consulting report released in mid-April warns, “If US blocks TSMC, Samsung, and others from providing access to their most advanced wafer processes such as 5nm to Huawei and other companies on entity list in China, there will be major response from China, which can include blocking sales of selected US semiconductor companies and closing down assembly operations in China for US companies such as Apple, Dell, and others.”

Intel, Qualcomm and Nvidia sell most of their products to China. Protests from the tech industry blocked this proposal before. President Trump tweeted February 18, “I have seen some of the regulations being circulated, including those being contemplated by Congress, and they are ridiculous. I want to make it EASY to do business with the United States, not difficult. Everyone in my Administration is being so instructed, with no excuses…” Of course, Trump could revisit the plan as a form of retaliation for China’s behavior in the epidemic, but the case for forbearance is all the greater in the midst of a recession.

Encouraging US companies to move their supply chains out of China is a more measured response, and almost certainly will have the support of the Trump Administration – with good reason. The United States is dependent on China for most of its antibiotics as well as protective gear, and basic national security considerations require onshore production of essential goods of this kind. There is a strong national security case to bring chip fabrication onshore, as I reviewed in an April 14 analysis, but it is unlikely that America could move supply chains out of China quickly enough to do significant damage to China’s economy.

In short, Trump has few good options to make China pay, even if he were determined to do so. By attesting to China’s good faith while keeping discussion of a harsher response hypothetical, the US president has found a happy medium.