Fed And Federal ‘Stimulus’ Did Not Spark The Market Rebound 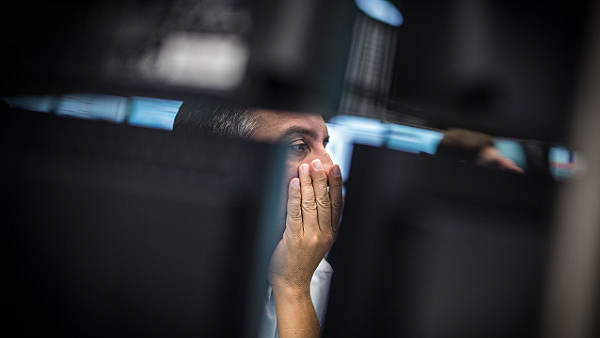 Trading on the Frankfurt stock exchange.
(Photo by Frank Rumpenhorst/DPA/Corbis)

In his essential 2018 book Burn the Business Plan, Syracuse professor and serial entrepreneur Carl Schramm laid waste to the popular notion that local governments can play venture capitalists. Getting into specifics, Schramm found that “only one of the 236 local publicly supported venture funds established over the last twenty years” has “produced a positive return to its taxpayer investors.”

It’s sad that what’s so obvious requires routine mention, but governments cannot play capital allocator. Among many other things, the present is thankfully a very unreliable indicator of the future in a dynamic economy. Translated, by the time governments have discovered a hot technology, it’s almost certainly no longer hot.

Politicians are trying to do what even the most seasoned of venture capitalists find exceedingly difficult to: see into the future. They logically fail as Schramm’s numbers make plain. Lest readers forget, exponentially more investors rejected Amazon, Apple, Facebook, Google, Microsoft and Netflix then lined up to invest in them when they opened their proverbial doors.

The companies mentioned rate further discussion in consideration of the reporting that followed a big rally for the stock market last week. As one would expect, a business media that frequently accepts without protest the musings of economists tied the rally to “Fed” and federal government “stimulus.” Such a view just isn’t serious.

To see why, just consider what they did. In response to an economic contraction that was wholly a creation of politicians who stunningly chose to fight a virus with mass unemployment and bankruptcy, those same politicians arrogated to themselves even more wealth always and everywhere created in the private sector to clumsily fix what they broke.

Hopelessly Keynesian Deutsche Bank Group chief economist Peter Hooper described the federal government’s actions as “enormous – indeed historically unprecedented.” Funny is that Hooper added that “U.S. policy actions are on course to be significantly greater” than those in Europe. It’s funny simply because it’s plainly lost on Hooper why U.S. intervention will be much bigger in size and scope than in Europe.

What Hooper misses is what also has him naively thinking that government action can stimulate economic growth. No, it can’t. Governments only have money to throw around insofar as the private sector already created the wealth for them to waste to begin with. Get it? The growth already occurred, hence the ability of governments to act. It’s not that politicians in Europe are less wedded to fallacy than their American counterparts, or that economists in Europe are less wedded to fallacy than individuals like Hooper. To be clear, they all believe what is easily disprovable, that government intervention will, in the words of Hooper, “prevent a repeat of the Great Depression.” More realistically, all the intervention that excites Hooper, and that was tried in naive fashion in the 1930s, will fail.

Hooper writes with excitement about how “30% of GDP” will be “added to the national debt through 2021,” not to mention all manner of Treasury-backed lending by the Federal Reserve. All of this won’t work. See Schramm.

Implicit in Hooper’s rapture, along with that of politicians and policymakers, is that the waste of taxpayer dollars that never works in good times actually works in bad. In truth, bad times require even more careful allocation of precious resources, which means all this government waste will naturally slow recovery for it limiting the amount of resources that actual investors and lenders laboring under market discipline can push to a higher use. This is not a comment on deficits. Not at all. It’s a comment on government spending. It lays a wet blanket on growth. Always. So does it harm growth when the Fed plays investor. Always.

To which Keynesians like Hooper will reply that absent the waste, the wealth most certainly created in the private sector will sit idle. No, that’s not true. Short of stuffing wealth under mattresses, what’s not being spent is being transferred to others who either have consumptive needs, or who desire unspent wealth to help tide them over during troubled times like the present, or that will help pay for future expansion.

Repeat over and over again: unspent wealth never sits idle. If Hooper doubts this, he need only consult his bank’s CEO, while specifically asking how quickly Deutsche would go under if it stopped lending the monies deposited with it. The only consequence of less government spending is – yes – less government spending; meaning the market disciplined put the wealth to work instead of it being blindly consumed by politicians.

Bringing this all back to the stock market, explicit in the laugh line that stocks rallied last week in response to muscular government action is that what’s never worked, now works. Sorry, but that’s not serious.

Nor is it serious when it’s remembered that the market rally was not uniform. Specifically, while stocks like Amazon, Apple, Facebook, Google, Microsoft and Netflix did very well last week, energy, financial, and industrial stocks (to name but three sectors) are well down of late, and for the year. Important about this is that if the equity rally were an artificial creation of the Fed and federal government, as opposed to the genius of a few outliers, then logic dictates a more uniform rally as opposed to a concentrated one.

Basically economists and the reporters they whisper to want us to believe that markets are stupid, and embrace intervention’s 100% record of failure. Only trained economists could believe what’s so ludicrous.

More realistically, last week’s rally was a consequence of the realization that these hideous lockdowns have an endpoint that will come sooner, rather than later. Just don’t expect those wedded to the idea that government can plan prosperity to alert you to what is so obvious.