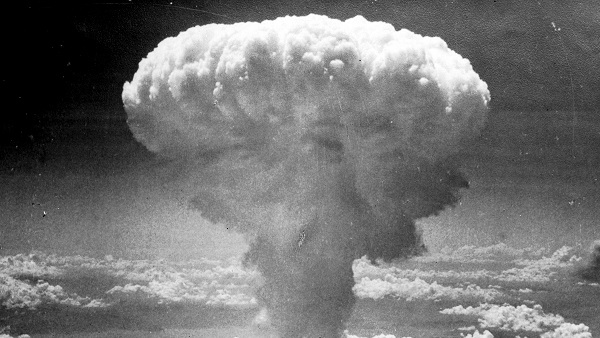 While science may have set out to prove that a solely materialistic world was all that exists, it has instead turned out to have proven just the opposite – that there is exists a profoundly strange spiritual quantum world which is the basis for all reality.

Modern physics has demonstrated that the material world is really only a chimera made up of mostly empty space and fantastic forces able to travel infinitely faster than the speed of light and able to materialize and de-materialize in different places instantaneously!

The public mind mostly still believes in the olde Newtonian mechanistic theories of reality (which work well for every day life).  But, science – a century ago – moved on to a deeply spiritual state of mind.  The man on the street hasn’t caught up yet.

One reason for the disparity could be the scientists reluctance to talk about it, embarrassed as they are over their total lack of ability to explain how quantum reality works.

Nobel laureate Richard Feynman expresses physicists frustration with understanding quantum reality this way, “I think it is safe to say that no one understands quantum mechanics.  Do not keep saying to yourself…’but how can it be like that?’ because you will go ‘down the drain’ into a blind alley from which nobody has yet escaped.  Nobody knows how it can be like that.”

A basic proven tenant of quantum mechanics is that matter has a ‘dual’ existence, existing both as a wave and particle at the same time.

All that exists is nothing more than wave-like energy until it is observed.  Upon observation, it collapses into its particle (material) state.  In other words, an observed or, measured atom always has definite attributes (momentum & position) but, an un-observed atom possesses all possible attributes.

It’s almost as if an unmeasured atom isn’t real, its attributes are created in the act of measurement.

Nick Herbert in his book “Quantum Reality, Beyond the New Physics” complains that “…it’s absurd to believe that how the world actually is is determined by human observational capacities.”

Physicist John von Neumann ‘explains’ what happens when a particle is observed, “And then a miracle occurs.”  It collapses into a material reality.

Von Neumann eventually came to conclude that human consciousness is the site of the wave function collapse.  Or, things do not take on their dynamic attributes or, exist, until some mind actually perceives them.

The predictive power of quantum theory has been proven decade after decade for one hundred years now to the point that physicists no longer believe that atoms are ‘things.

Herbert quotes Werner Heisenberg, “The ontology of materialism rested upon the illusion that the kind of existence, the direct ‘actuality’ of the world around us, can be extrapolated into the atomic range.  This extrapolation, however, is impossible…Atoms are not things.”

The success of Newtonian mechanics in explaining common daily reality led to Darwinian/Marxist thought to where all of existence, life, thinking, even those things of the spirit, could be understood from a mechanical prospective.

However, George Berkeley, following close behind Newton, argued that matter doesn’t even exist except in someone’s mind.  He argued that the primacy of ideas over things – “nothing exists unless it is either a mind itself, or is perceived by a mind.”

Modern physics would say that things do exist but until they are perceived they possess no definite place or motion.  Or, everything that is observed turns to matter.

Herbert again, says that in order for the quantum world to work “a special process – the quantum jump – must be present in all measurement acts and nowhere else…The only special process that lies outside matter’s monopoly is the awareness of the observer.”

Science then mandates the existence of an observer.  And, what an observer that would be, one that could observe all things, all things at once, or, there would be no reality.

That required observer cannot be man, we rarely measure or, observe all the sub-atomic goings on in the quantum world.

Consequently, physics demands that we paint a picture of a God who is so far above us – able to ‘see’ every sub-atomic phenomenon in every instant of time, everywhere.  He must be so other – so big – so far beyond our understanding, so unaffected by the minutiae of our everyday life, so full of plentitude of intellect that we cannot even begin to have a concept of His greatness.

For if He looks away all the material universe would dissolve into wave-like energy, the whole frame of the cosmos would burst apart and cease to exist if He ceases to uphold all by the word of his power.

It actually makes sense that the Creator would make the universe to be one that only He can sustain and if He so desires, in a blink, he can send back into oblivion from which it comes.  Kinda like what we do when we create, if we don’t like our handiwork, we ditch the flawed work and start over.

I am hard pressed to make any other sense of quantum theory and hardly feel the need to since the Biblical God so perfectly fits the bill.

“And He is before all things and by Him all things consist” Colossians 1:17