On Being Exiled From Work 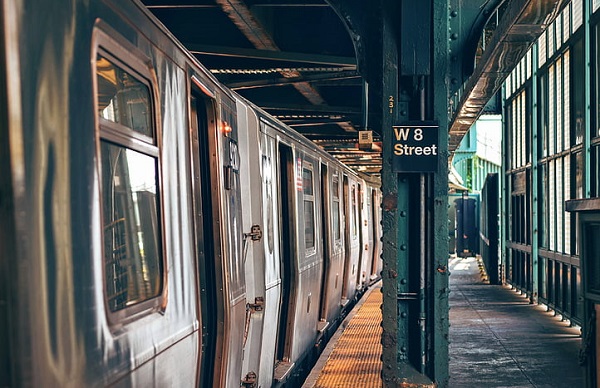 Only a month ago millions of people had jobs waiting tables, cutting hair, and working many other jobs. Some liked their jobs. Some didn’t. Some regarded their jobs as temporary while they worked on something else for their futures. Some were actively looking for other work.

And suddenly, their job has disappeared along with any idea of what the future holds.

In my last column, I suggested that the plague we are now suffering under is evidence that Solomon was right that our toil is vapor and chasing wind. This is stated repeatedly in Ecclesiastes. I pointed to similarities in Proverbs. Here are some more examples:

Solomon wrote a song about this fact of life:

A Song of Ascents. Of Solomon.

Unless the LORD builds the house,

those who build it labor in vain.

Unless the LORD watches over the city,

the watchman stays awake in vain.

It is in vain that you rise up early

and go late to rest,

eating the bread of anxious toil;

Someone recently reminded me that this Psalm does not infer that one shouldn’t bother building or watching over the city gates. In fact, it seems to imply that, if you imagine that success is the only reason why you work you may be prone to anxiety. Solomon seems to think that realizing how little control we have over the future may both enable us to work effectively and get effective rest.

And what is the value of work? To a certain extent labor is its own reward. There are many oppressive situations where work is perverted, but work is still good. As I wrote about in my book (Amazon), God created humanity to do things, so when we act in this way, we are fulfilling our purpose in life. Thus, in Ecclesiastes, Solomon writes,

Behold, what I have seen to be good and fitting is to eat and drink and find enjoyment in all the toil with which one toils under the sun the few days of his life that God has given him, for this is his lot. Everyone also to whom God has given wealth and possessions and power to enjoy them, and to accept his lot and rejoice in his toil—this is the gift of God (Ecclesiastes 5:18,19 ESV).

In a speech that I may or may not agree with (one always has to be careful quoting politicians), Theodore Roosevelt said something that I think is profound: “Far and away the best prize that life offers is the chance to work hard at work worth doing.” Solomon would agree. I suspect that millions of people suddenly stuck in home exile would agree as well or will agree soon. Beyond missing their paycheck or worrying about one’s future income, it is a privilege to get to work—even at a less than ideal job.

Every year Facebook shows me a selfie I took a few years back while shoveling snow in my driveway. I always hated shoveling snow and I don’t take many selfies. But this was special. A few months earlier I had suffered a stroke that left me barely able to move my right side. I was wheelchair bound for weeks and had no idea how much functionality I would recover.

Now I was shoveling snow without a cane. What a privilege! I was useful again!

A lot of useful people are stuck at home. They may fear even walking outside lest they incur the wrath of someone on social media who accuses them of not taking the pandemic seriously and endangering lives. It is truly an anti-human world we live in now. I pray it is temporary. (And DO be responsible by maintaining social distance, washing your hands, and keeping them off your face!)

But I also hope we will come away with a better understanding of how blessed we are to be able to work a job. As Thomas Jefferson wrote, “It is neither wealth nor splendor; but tranquility and occupation which give you happiness.”