The Economy Cannot Be Stopped And Restarted Like A Machine 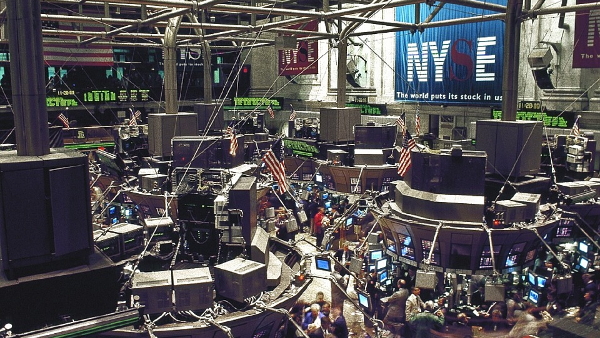 Socialists in the US have demanded that President Trump switch off the economy until the virus plague has passed and then switch it back on as if it were a car engine. The recent bounce by the stock market suggests many investors believe something similar and are confident the economy will run smoothly once switched back on.

However, we’re about to learn an important economic lesson: the economy is not a machine, but an ecosystem. Damage to one part of an ecosystem can have long-run and unforeseen effects on the whole system. China learned that in 1958 when Chairman Mao ordered people to kill sparrows because the birds ate too much seed. He accused sparrows of eating four pounds of seed each day. Of course, socialism was the real reason for falling grain production, but socialists never admit their system has faults.

So people beat pots and pans to frighten sparrows from the trees in hopes that they would fly themselves to death. They destroyed sparrow nests, eggs and chicks. Those who had guns shot them. Government institutions rewarded those who brought in the greatest number of dead sparrows.

Still, the grain harvest continued to decline. In 1960 Mao rescinded his order to kill sparrows because a few brave scientists pointed out that sparrows also eat insects that destroy crops. But it was too late. The Chinese had driven the sparrow population to near extinction, so insects continued to ravage harvests for years. The locust population exploded and swarmed the countryside. In the mid-1960s around 30 million Chinese starved to death due to ecological damage compounding problems from Mao’s Great Leap Forward and other socialist nonsense.

On a much smaller scale, the US has suffered from similar hubris. Fire management policies by the government allowed dead wood and brush to pile up for decades in the nation’s forests. As a result, forest fires today are unmanageable catastrophes.

In the west of the US, we eliminated the wolf population in order to save cattle and sheep. That caused the deer population to grow unimpeded. Eventually, deer couldn’t find enough grass to eat, so they ate the leaves and bark from trees, which killed them. The lack of trees on riverbanks caused greater erosion that destroyed river ecosystems. The reintroduction of wolves has brought surprising improvements in rivers.

So what could go wrong with the current shut down of the economic ecosystems of the US and many nations? On the surface, it might seem as if only retail businesses will be affected as shoppers stay home, and once the virus has run its course will return and everything will be fine. After all, the media regurgitates daily the mainstream economic fallacy that consumer spending is 70% of the economy.

The truth is that socialist-leaning economists designed GDP (Gross Domestic Product) to reflect consumer and government spending. Government spending makes up about 20% of GDP. I’ll help Democrats with the math: consumer spending plus government spending equals 90% of GDP. That leaves 10% for production. In other words, we must produce only 10% of the economy in order to consume 90%. That kind of math is the reason so many people live on the edge of bankruptcy.

In the real world, we can only consume what we produce, leaving aside borrowing from other nations. So we should expect production to be about 50% of the economy and that’s what we find in a new measure of the economy designed by the Austrian economist Mark Skousen called gross output (GO).

Most consumers are producers and all producers are customers to someone. So when retail businesses shut down, they injure the middlemen who supply them with goods and services. Damage to the middlemen upset transportation and production. Production of automobiles and homes are special cases in that they are capital goods used by consumers that have been hit hard by the shutdown. Banks and insurance companies are suffering because customers without jobs are not paying back loans or making premium payments. Landlords face losses because renters can’t make payments.

The $2 trillion rescue package could prolong the damage to the economic ecosystem because it’s targeted mostly to increase consumption on the advice of mainstream economists. However, without an increase in production, greater spending on consumption will only cause prices to rise due to shortages, as we have witnessed. The main problem we will face in resuscitating our wounded economic ecosystem will be a shortage of capital goods because we have spent so much on consumption, as the greatest economists of the past century, Ludwig von Mises and FA Hayek, reminded us. That would require increased investment in production, especially capital goods.

Good economists had euthanized the mercantile notion that the king could ride the economy in the same way he controlled a horse, but Keynes resurrected that nonsense and gave it academic cover. Most mainstream economists continued to perpetuate the myth and politicians embrace it because it pretends to give them great power over our lives.

We will suffer the consequences, but the media, politicians and mainstream economists will never admit they were wrong. They will continue to blame the emaciated capitalism that exists.