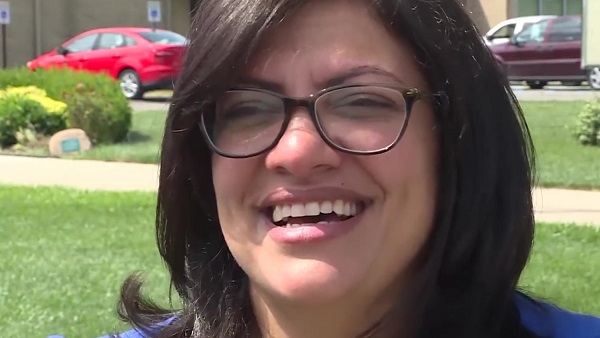 Michigan Democrat Rep. Rashida Tlaib has sponsored the “Automatic BOOST to Communities Act” because she thinks she has stumbled upon a novel idea to stimulate economic recovery from the effects of the Chinese virus. According to Dr. George Selgin,

The BOOST Act’s goal is to “provide a U.S. Debit Card pre-loaded with $2000 to every person in America,” where the cards could be “recharged with $1,000 monthly until one year after the end of the Coronavirus crisis.”

To finance the debit cards, Rep. Tlaib wants the US Treasury to use its Constitutional powers to mint money to make a one-ounce platinum coin and stamp it with the value of $1 Trillion. The Treasury would deposit the coin with the Fed and draw on it to pay to the debit cards. The point of the scheme is to avoid having the federal government borrow more money and instigate another fight in Congress over debt limits. And she doesn’t want future generations to have to pay the debt with higher taxes. The author of a Barron’s article on the coin calls Rep. Tlaib’s plan “elegant” and “not a bad idea.”

She didn’t invent the hoax. The platinum coin idea popped up most recently in 2013. What’s truly sad, though, is that the idea has been around at least 2,500 years yet few mainstream economists know that. Here is what I wrote about the first platinum coin hoax in God is a Capitalist: Markets from Moses to Marx:

n 594, little more than a century after the invention of coins, Greece conducted one of the first coin debasements known in history. Solon, leader of Athens, figured out that he could reduce the content of the precious metal in each coin by adding base metals to the silver then stamping the coins with the same weight as if they contained the original amount of silver. In other words, the kings committed fraud by stamping a false weight on the coins. Solon reduced the silver content of Athenian coins by 25 percent. Then he forced merchants to accept the coin at face value instead of on the basis of the real weight of the silver in the coins. The king had expanded his money supply and was able to pay off his debts without having gathered any more gold or silver through taxes. Many philosophers at the time considered Solon a genius, but he was nothing more than a gangster and fraud.

Producers and retailers caught on very quickly to the fraud and raised their prices enough to ensure they received the same weight of silver for their goods as they had before the debasement. If the coins had been debased by adding 25 percent base metals, merchants raised prices by at least 25 percent. Price inflations, in turn, tended to anger citizens and spark riots, but the rioters rarely connected higher prices with the monarch’s fraud and, instead, blamed businessmen for their greed.

Rep. Tlaib’s coin merely microwaves the ancient fraud by using debit cards and makes it seem exotic by employing platinum; gold, silver, copper or tin would accomplish the same goal. Ceteris paribus, Tlaib’s platinum coin would have the same effect as Solon’s debased silver coins: prices would rise because a new issue of money chasing a fixed amount of goods causes price increases to match the new level of the monetary stock.

Prices might not rise at first because people tend to hoard or save new money or pay down debt in a recession; partly because they are fearful and more uncertain about the future and partly to rebuild lost savings. That’s why money printing can’t pull the economy out of the ditch of a recession. Also, much of the new money will go into the stock market and real estate, which aren’t consumer goods. On the other hand, price inflation could be worse because governments around the world have shut down so much production that we could face a shortage of consumer goods confronting a tsunami of new money.

Still, when confidence returns because the economy has recovered, people will eventually spend the new money and the prices of consumer goods will increase more than they would have without the issue of the platinum coin. In the long run, we will be no better off, though people will feel better because prices are higher.

The best that can be said of the platinum coin hoax is that it’s a more honest way of counterfeiting than the Fed’s usual way of increasing the money supply, which is by reducing its interest rate or buying debt from banks. Few people understand that those increase the money supply as much as minting a trillion-dollar coin would. Prices tend to rise first in the stock, bond and real estate markets, then in consumer goods two or more years after the Fed’s efforts, so few people connect rising consumer prices with Fed policies.

More damaging to the economy, however, is the fact that new money created by the Fed goes first to large banks and filters slowly through the economy. People who get the new money first are privileged to buy stock and bond assets or real estate before prices rise. New money trickles down to the working poor last after prices have risen, including consumer goods prices, leaving the final recipients of the money worse off. Issuing debit cards would allow everyone to get the new money at the same time and reduce the damage done by Fed policies.

Rep. Tlaib’s hoax is popular with a lot of economists, including Nobel Prize winner Paul Krugman. But do we really want the government to perpetrate a hoax on us just to make us feel better?