We’ll Get Through This Despite, Not Because Of, Government Spending 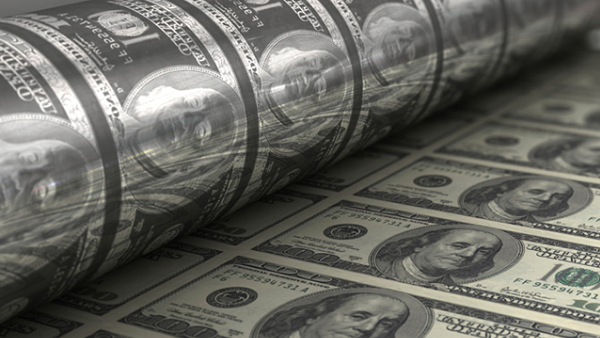 Coronavirus is the biggest story in the world. We, in the United States, are likely going to have a hard time in the near future, as shut-downs and restrictions strangle the economy. We, however, are starting off from a fairly high level of economic prosperity. Many other nations are not so fortunate. The hardships that many people in less-developed countries face will be magnified if food production and distribution is significantly disrupted. With that said, we and they are going to get through this thing, not necessarily unscathed, but through it just the same. We will look back at this event in the relatively near future, hopefully with many lessons learned, and, hopefully the right lessons.

From an economic point of view, all of the productive assets and capacity are still there, waiting for people to return to work. It might take a bit of time to get the supply chains up and running like normal again, but they will eventually. We will learn how to contain the risk while continuing to be productive. People will earn wages, companies will earn profits, and life will go on. That is, if politics doesn’t get in the way.

Washington politicians have been wrangling over which pork barrel items and which progressive gems they can sneak into the bill, while pretending to be concerned about the people. It is politics at its worst. Why would anyone consider hundreds of millions of dollars each to the Endowment for the Arts and the Endowment for the Humanities essential to make sure people don’t go hungry? Why would anyone consider a twenty billion dollar bailout to the United States Post Office an essential part of helping American people weather this storm? And on and on. Two trillion dollars of extra spending is a lot of money. And it’s not as though government was on a strict diet before. The federal budget has increased 37% from 2014 to 2020, an extra 1.3 trillion dollars.

The real problem with such massive spending, aside from the facts that it is a corruption magnet and much of it will be wasted on expanding programs, is that bureaucracy tends to stick around. As has been pointed out, there is nothing as permanent as a temporary government program. If you are worried about people laid off from jobs, there are already unemployment programs for that. If you are worried that the state unemployment funds will run out of money, consider supplementing that. If you are going to do any bailouts, send the money to the people, not to bloated bureaucracies and not to pet programs unrelated to health or to connected cronies. There is no need for most of the nonsense that is being proposed.

America can still prosper, and we don’t need politicians to do it. Once this crisis time is over, we need to get back to work. We need to free up our resources, our workers, our businesses, and our families to do what they need to do, to unleash creativity and innovation, and to become as productive as we can be. That is the only source of prosperity and well being in any society. Politics can’t do it, a central bank can’t do it, strangling regulations can’t do it. Even a 2.2 trillion dollar spending bill can’t do it.

People, you and me and your neighbor down the street, are the ones who can and will bring this economy back. Since many regulations have been relaxed during this time, it proves that they can be relaxed all the time. Politicians, get out of the way. We are going to get through this, and with all of the bad news, that is a piece of good news.