Calvin And Commerce, Coronavirus And China 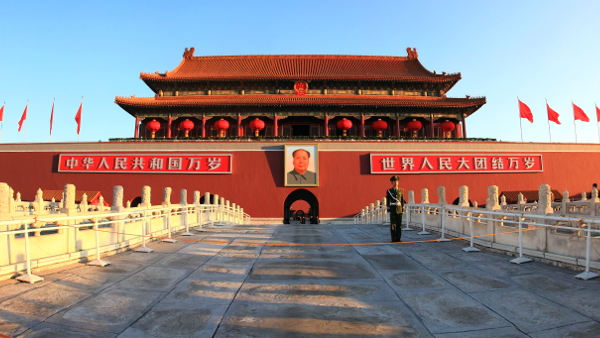 What is God saying through the Pandemic?

At the dawn of the modern world, for two centuries, Calvinism and Commerce flourished together in the Netherlands. To be precise: From 1581, when the Reformation founded the Dutch Republic to its end in 1795, when the French ended it. Napoleon’s defeat in 1813 began a century of British economic dominance. World War 1 was the start of the American century. Is Coronavirus the global war #3 that is summoning the Chinese century?

The “Chinese Virus” may not start a new war. It will, however, be a central theme in America’s 2020 electoral war. Muslim Terrorism and Illegal Immigration were Trump’s rhetorical bombs in 2016 election. China’s amazing economic success and the deadly Coronavirus have become President Trump’s primary tools to fight America’s next internal battle.

I doubt if President Trump hates China. Also, there are plenty of respectable reasons to re-elect President Trump. However, elections are now fought with 30 second sound-bites. That means, emotions such as hatred are more effective than cool reflections.

Democrats have polished their platform — don’t think, just “Hate Trump.” The Republican response will be: “Hate China” even if you don’t love Trump. If not for the virus, then at least hate China for its economic success! Vote for the champion who can deliver you from the debt you owe China.

In 1831-32, a French Magistrate, Alexies de Tocqueville, visited the USA and found it to be a profoundly religious “commercial society.” Faith and money had come together to lift America to greater heights than Europe. Tocueville’s book “Democracy in America” impacted a Dutch pastor, Abraham Kuyper. He went on to become a theologian, educationist and the Netherland’s visionary Prime Minister.

In America, Kuyper is best known for his 1898 “Stone Lectures.” These six lectures, delivered at Princeton University, explained why Calvinism as a world-and-life view created modern freedoms. Those seminal lectures did not address Commerce directly, because, in Kuyper’s day no university taught Business and Commerce as academic subjects.

Over a century later, two brothers in Oxford (UK), Ken and Will Hopper, explored Calvinism’s relationship with success in Commerce. Their 2009 work is called, “The Puritan Gift: Reclaiming the American Dream Amidst Global Financial Chaos.” They begin with the Pilgrim’s success in New England which forged America’s economic DNA. Hopper brothers go on to examine how Mormons in Utah and Shintos and Buddhists in Japan adopted Calvinist economic principles in order to compete against American Protestants.

In a few months, the Lexham Press will publish an Anthology, “Abraham Kuyper On Business and Economics.” It is edited by a Cambridge scholar, Peter S. Heslam.

Atheists, Mormons, Hindus, Buddhists, and Shintos can succeed commercially, because, Kuyper said, all men are made in the Creator’s image – creative. God’s creative image, however, is only a seed. It is the latent potential in every human being. Soil, water, and warmth enable a seed to sprout. Secure environment, nutrition, and climate play important roles in making a seed fruitful. A worldview can channel one man’s creativity to make him a terrorist or a businessman.

For centuries Protestantism built the cultural eco-system that developed the seed (the Creator’s image) to produce the wealth that America is using today to fight the global pandemic. Now, the dollar is depleting. PostChristian culture is driving America into a quagmire of debt.

Is China the dreaded kingdom of darkness? Or, is PostTruth America using the world’s most dangerous Weapons of Mass Deception (WMDs)?

Darkness dominates the world. Yes. But the opening of God’s Word gives light (Psalms 119:130). That, said Abraham Kuyper, is the pulpit’s role. The pulpit open’s God’s light for our path. That light needs to shine through the windows and doors of church buildings. That is, . . . believers need to take God’s light to farms and factories, market and media, schools and colleges, banks and business and also into electoral wars.

What will it take to return Europe and America to the roots of the West’s earlier productivity? This Tuesday’s discussion is unlikely to focus on America’s current “uncivil war.” It is meant to prepare us to listen to the “still, small voice” in the midst of a global pandemonium.