Contagious Holiness: The Jesus Model For Engagement In The Marketplace 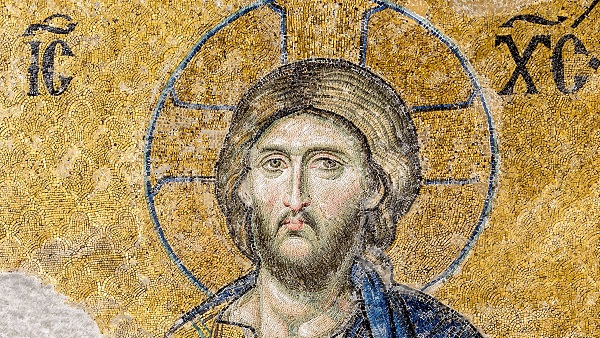 I only read Dr. Craig Blomberg’s book Contagious Holiness in the past year, but it has been shaping my thinking for well over a decade. That’s because I first saw the title when the book was published almost 15 years ago.

You see, over the years I had interviewed quite a few authors from Intervarsity Press, and so the crack publicity team diligently sent me notices about upcoming books. I had been sent a press release about the book in 2005 when it was first published, and I saw the title and immediately thought, “I want to do an interview with the author of that book!” But Providence had other ideas, and I soon transitioned from professional show host to professional show guest, so I wasn’t in a position to do interviews any longer. But the idea of ‘contagious holiness’ stuck in my mind. I saw it over and over again in the New Testament (and even foreshadowings of it in the Old). The idea of contagious holiness became contagious to me.

Then Providence put this topic at the top of my agenda again. I was called upon to deal with discussions about boycotts, particularly investment boycotts in the Christian financial industry. My view was, and is, that such things are ‘adiaphora‘, things ‘in between’ what is commanded and what is forbidden. They are matters of liberty of conscience. But it also seemed to me that there was something missing from the discussion at a more fundamental level: another view of the nature of holiness–the one Dr. Blomberg finds in the Gospels. Is holiness a matter of separation from the sin of others, or is it separation from my own sin? When cleanness and uncleanness touch in social contexts, for example commerce, which one determines the status of the engagement? Does the unclean infect the clean, or is it the other way around? How much sin is needed to infect and defile? Does a drop of pig’s blood make the whole Sea of Galilee defiled? Or is it more like one drop of Jesus’ blood washes over the whole world, starting with the Sea of Tiberias? (Let the careful reader understand.)

I knew I needed to read Dr. Blomberg’s book. Then I read it and I knew that I needed to interview him for myself. Then I interviewed him and I knew I needed to share this idea not just with my fellow Christian financial professionals, but with Christians in all fields and statuses. In my opinion, it’s time to stop retreating from social engagement. In my field, that means starting to speak openly with the managers of the companies we own. Feel free to apply it to your own situation and wherever the infectious Spirit of Holiness, speaking through your careful study of Scripture, leads.

During the interview I read some quotes back to Dr. Blomberg from his book. For the sake of your convenience I’ve collected some of those quotes below.  Enjoy. Apply.

“The Sentences of the Syriac Menander, while probably post-Christian, may still be mid-second to early third century (Baarda 1985: 585) and thus pre-date most of the comparable rabbinic traditions. This compilation contains the blunt command: ‘Do not dine with a bad servant, lest his master(s) accuse(s) you of teaching his (their) servant to steal’ (ll. 154–156). The danger increases in lines 333–335: ‘Do not dine with a wicked man; for even what is your own he will consume, and in his wickedness he will say about you evil and hateful things.’ No thought is given to the possibly positive influence the godly person could have on the evil…

“The Damascus Document (CD 6:14–20) insists that its followers ‘keep apart from the sons of the pit’ (i.e. everyone outside their community!)…community!); ‘to abstain from wicked wealth which defiles’ (including the wealth of the temple, since it has been corrupted!); ‘to separate unclean from clean’; ‘to keep the sabbath day according to its exact interpretation, and the festivals and the day of fasting’; ‘to set apart holy portions according to their exact interpretation’…

“Jesus thus defies the conventions of his world by his intimate association with a group of people deemed traitorous and corrupt in his society. Still, he does not condone their sinful lifestyles but calls them to repentance, transformation and discipleship.“

in advance of having table fellowship with sinners and tax collectors’ (Witherington 2001: 123, italics mine).

Instead, the unifying theme that emerges from the passages surveyed in this chapter is one that may be called ‘contagious holiness’. Jesus regularly associates with the various sorts of sinners on whom the most pious in his culture frowned, but his association is never an end in itself…

Implicitly or explicitly, he is calling people to change their ways and follow him as their master. But unlike so many in his world (and unlike so many cultures throughout the history of the world), he does not assume that he will be defiled by associating with corrupt people. Rather, his purity can rub off on them and change them for the better. Cleanliness, he believes, is even more ‘catching’ than uncleanness; morality more influential than immorality.

The use of an alabaster jar of perfume by definition makes this a luxurious anointing. So the woman either is quite wealthy (seldom the case with first-century prostitutes) or is making an enormous sacrifice.

Far from being corrupted by this woman or her scandalous actions, Jesus has imparted some of his holiness to her (whether first at an earlier encounter or simply on this occasion). Purity, rather than impurity, is what is being passed from the one person to the other, and this holiness involves the entire person, not in degrees or gradations as elsewhere in Judaism (Moritz 1996: 57).

Zacchaeus, however, responds immediately and gladly, complying with the request (v. 6). ‘He welcomes Jesus into his home. . . and he does so with joy. . . since the coming of Jesus to share his home is a sign of fellowship and ultimately of forgiveness’ (Marshall 1978: 697). The crowd, however, interprets the scene in diametrically opposite fashion (v. 7), for, from their perspective, ‘to stay in such a person’s home was tantamount to sharing in his sin’ (Marshall 1978: 697).

The verb for welcome [What Zacchaeus offers to Jesus, Jerry Bowyer) (v. 2) is prosdechomai, which may denote more than simply entertaining guests. Elsewhere it is used in context of financial provision and social honour (cf. Rom. 16:2 and Phil. 2:29; so Marshall 1978: 599).

A call to repentance is always implicit unless, as here, the individual in question takes the initiative to declare his change of heart and behaviour. Whereas the crowds see Jesus accepting the hospitality of a man whose wealth is ill-gotten as becoming a partner with him in his crimes (Derrett 1970: 281–282), Jesus believes that godly character and righteous living can be modelled and have a positive impact by rubbing off on others as they commit to change their ways.