Dear Politicians, True Poverty Is A Perpetuation Of The Work Of The Past 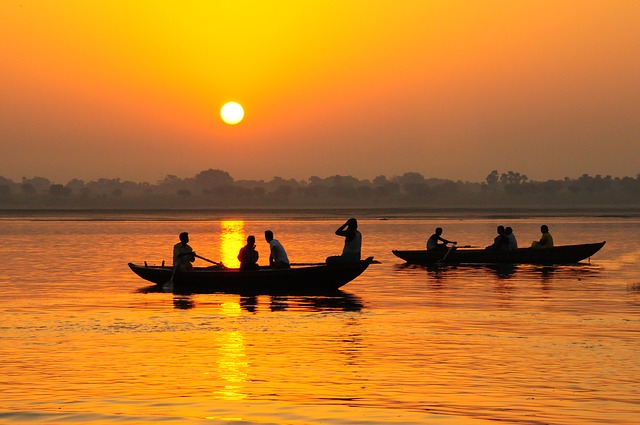 “After hearing of the deaths in the gutters, I think about what will happen to my family if I die.” Those are the words of Jamshed Eric, as expressed to New York Times reporters Zia ur-Rehman and Maria Abi-Habib. Eric is a Pakistani Christian, and his religion requires mention since Christians are so low in the Pakistani social order that they’re routinely slotted to work in the gutters.

So what are these gutters? Readers can perhaps guess. Pakistan suffers levels of poverty that would stagger the poorest of poor Americans, and its primitive sewer system is reflective of the country’s desperate economic condition. Eric works daily to keep Karachi’s sewer system flowing, using his hands to “unclog crumbling drainpipes of feces, plastic bags and hazardous hospital refuse.”

Remarkable in consideration of how Americans and others lucky enough to live in the first world wear masks out of fear that other humans in grocery stores are a mortal threat to them, ur-Rehman and Abi-Habib report that Eric “wears no mask or gloves to protect him from the stinking sludge and toxic plumes of gas that lurk underground.” Worse, is what happens at night. Eric tells the Times that “When I raise my hand to my mouth to eat, it smells of sewage.”

Notable is that Eric in a sense feels lucky to be living with the constant sewage stench. It means he’s living. Lately, the death rate of sewer cleaners has picked up as he alludes.

Reading about Eric, it was hard not to wonder how Americans would react to the kind of work that pays him the equivalent of $6/day. An American college football fan told yours truly a few years ago that “I wouldn’t be caught dead at Autzen.” Autzen is where the Oregon Ducks play football. This great friend and fan is a Washington Husky supporter. He was being facetious, but what Americans wouldn’t be caught dead doing (for the longest time Alabama wouldn’t play at Jordan-Hare, rival Auburn’s stadium) brings new meaning to “first world.”

How many Americans can imagine clearing out sewers full of the waste of others, let alone be caught dead in one? Thankfully Americans don’t have to contemplate such horrendous working conditions in return for a wage.

The reason they don’t is thanks to economic growth. Economic growth is a consequence of economic freedom. When people are broadly free to produce sans overbearing barriers of the tax, regulation, trade and floating money variety, they prosper.

Crucial about this growth is that the nature of work is constantly changing. Translated, jobs are being destroyed all the time, only to be replaced by new, better forms of work. All of this must be considered with Eric in mind. He’s “now been forced into the same work his Hindu ancestors had tried to avoid through religious conversion.”

Pakistan’s still encouraged caste system is on its own a tragedy, but much worse is the static nature of work whereby generation after generation does the same thing. There’s a myth that poverty correlates with unemployment. No. Unemployment is a rich country concept. In poor countries everyone is working, all the time. Worse is that the work is passed down through generations.

That would be impossible in the U.S. simply because what’s work now most likely won’t be ten, twenty and thirty years from now. And what’s work now in so many instances wasn’t ten, twenty and thirty years ago. Thanks to abundant economic growth, backbreaking work of the past like farming and coal mining is largely in the past. And while some still farm and mine in the U.S., they don’t have to. Since they’re part of the greatest zone of prosperity the world has ever known, and since they can migrate freely within this fifty state zone, Americans can essentially choose the kind of work they’ll do. In other words, if they’re farming or working in a mine, they’re doing so by choice.

This should be remembered the next time some spoiled or clueless American politician, economic thinker or worker yearns for a return of the jobs of the past. Rest assured that if they ever do return, tens of millions will be reduced to work that they wouldn’t be caught dead doing today. Countries stuck in the economic past are very desperate countries.

Alexis de Tocqueville observed about Americans in the 19th century that they’re “restless amid abundance.” By the latter, the French chronicler didn’t mean that Americans were bouncing from sewer job to sewer job. Where there’s freedom, there’s also economic progress. And where there’s economic progress, the range of ways in which individuals can offer up their skills expands in happy fashion.

Which presumably helps explain why some Americans are so up-in-arms at the moment. The lockdowns have not only destroyed tens of millions of jobs and millions of businesses, they’ve also set the stage for greatly reduced mobility alongside a shrunken range of work opportunities. Slow to shrinking economic growth is cruel in so many ways, but perhaps it’s cruelest for limiting our ability to showcase our unique skills and intelligence in jobs that continue to evolve for the better in terms of specialization.

None of this is to say that Americans will soon be working as Eric does now. Americans love their freedom too much to allow these lockdowns to conclude at Pakistani levels of poverty.

At the same time, increased devastation in the U.S. born of lockdowns will be cruel, and if not arrested through a cessation of lockdowns, will reduce Americans to work they previously wouldn’t have been caught dead doing. For some, the shrunken, dated options will feel like much worse than death.