Debt Isn’t A Worry, Treasury’s Claim On Our Production Very Much Is 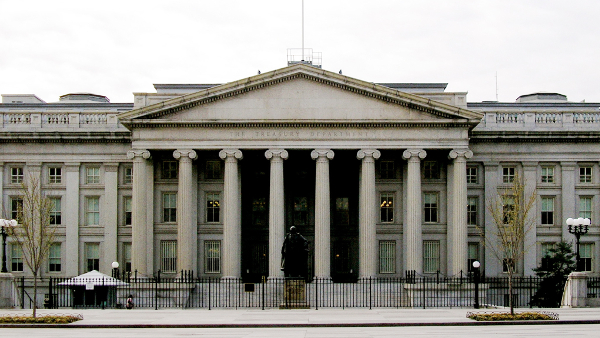 In a 2015 opinion piece for the Wall Street Journal, since deceased Harvard professor Thomas Stossel relayed to readers that “Of the 78 potential treatments for brain cancer that underwent clinical trials from 1998-2014, [only] three proved safe and effective enough to win Food and Drug Administration approval.” Stossel’s stat came to mind while reading Greg Ip’s latest sanguine musings on federal debt.

Up front, it should be said right away that a focus on debt and deficits is a waste of time. To see why, readers need only ask what future scenario would be better for growth and freedom: $50 trillion in federal spending over the next 10 years with the budget in “balance,” or $25 trillion in spending; half of the funds borrowed. Much better would be the deficit scenario. To focus on how Congress gets the money to spend is to make a distinction without a difference. The only number that matters is total dollars spent for it signaling how much control Congress has over the economy versus private, market-disciplined allocators of resources.

Ip notes that the yield on 10-Year Treasuries is below 1% at present, which means it’s true (as he alludes) that investors don’t fear a debt crisis; as in there’s no expressed market worry that Treasury will struggle to pay debt incurred now, or well into the future. Of course, the market truth that there’s no debt problem for the U.S. Treasury speaks to a real problem for the rest of us that Ip doesn’t address.

It signals that Treasury’s taking in way too much in the way of revenues in the present, plus the low yields Ip alludes to (falling since 1980) signal soaring Treasury collections in the future. This cannot be minimized. Treasury yields are again low because market actors are confident of Treasury’s present and future revenue intake. What this tells us is that budget “deficits” are high, and going higher, precisely because Treasury’s claim on present and future private sector production is substantial.

So when Ip claims the debt is “not doing much harm,” he’s missing the point. Deficits and debt aren’t a problem in the borrowing sense for the federal government, but Treasury extracting trillions from the economy is very much a problem for it enabling more politicized allocation of precious resources.

Returning to Stossel up above, advances of the health variety (perhaps important at the moment….), along with technological and transportation, are a consequence of relentless experimentation that costs a lot of money. So when politicians arrogate to themselves copious amounts of wealth always and everywhere created in the private sector, progress is slowed.

Again, debt doesn’t matter per se, but total dollars spent by Congress do. Federal revenues are already high and going higher as Treasury yields indicate, which means the borrowing and spending amounts to a piling on by the political class. Having already arrogated to themselves trillions of private sector wealth through taxation, they’ve decided to extract trillions more. This is doing a lot of harm contrary to what Ip writes.

The columnist contends that “there’s little precedent of an advanced economy that controls its own currency being unable to borrow,” which is Ip obliquely referencing the old line about the U.S.’s “exorbitant privilege” rooted in the dollar’s global acceptance as a medium of exchange. It seems Ip is unfamiliar with the trajectory of Treasury yields in the 1960s and 1970s. The idea that the Treasury, or the entity that it’s outsourced certain functions to (the Fed), can borrow in unlimited fashion sans market response is just not true. Not to Ip.

He writes that “So long as the Fed can print dollars, it can lend as many of them as it needs, ensuring the federal government can always borrow.” Actually, that’s not true. Ip presumes that the only limiting factor holding government growth back is how much currency a central bank will “print.” In his defense, all too many Austrian-style thinkers of the modern kind share this view. They’re incorrect.

Looked at in terms of central banks, if they could enable endless government growth as Ip suggests, then the old Soviet Union would still exist care of Gosbank. And Nigeria would have as much debt as the U.S. Treasury does through the Central Bank of Nigeria. It’s not that politicians in other countries are less wasteful and less Keynesian than U.S. lawmakers. What held the Soviets back, and holds the Nigerians back now, is that their private sector actors produced and produce so little; hence their limited ability to borrow.

Applied to the U.S., for Ip to presume the Fed enables Treasury’s borrowing is for him to flip causation. The Fed is financing nothing. Its function is an outsourced function of the federal government that could just as easily be insourced. Treasury borrowing is easy not because of the Fed, but once again because Treasury has claims on so much present and future U.S. production. Plain and simple. Ip claims too many on the left and right “attach too much significance to Fed bond buying,” but then so does Ip. It’s a non-story.