Optimism And Pessimism In Western Culture 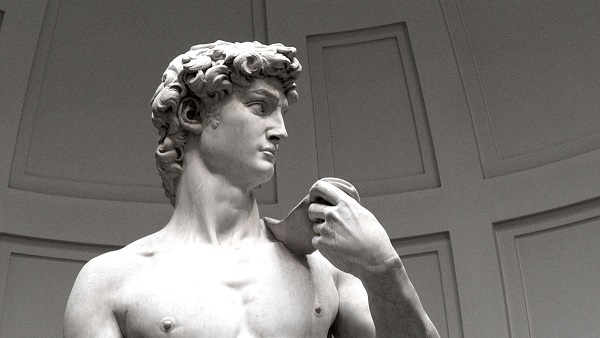 On the Facebook page “Parallel Millennium” (started and managed by Dr Gottfried Sommer) Joseph Foreman posted a note that Communists and New Agers were as optimistic/utopian as Post-Millennial Christianity that built modern America (and modern India through pioneer missionaries such as William Carey.) Foreman is right.

That lingering, underlying secularised optimism explains why Bernie Sanders and AOC can win so much support from naive university graduates even though Socialism’s disastrous failure is so well documented.

Joseph Foreman’s main point is correct that the unique optimism of the post-Renaissance west came (not from Postmillennialism but) from the Bible’s overall worldview. Two books that helped me understand this are: Charles Trinkaus’ study of early Italian Renaissance, “In Our Image and Likeness” and “Biblical Origins of Modern Secular Culture” by Willis Glover.

Classical (including Graeco-Roman) west was fatalistic. It believed that a human being was like a dog tied to a horse-cart (his fate, fortune, destiny). He could not speed up, slow down, stop or change the direction of the cart. This worldview was powerfully portrayed in Greek Tragedy plays.
Careful study of the Bible from Petrarch to Pico dela Mirandola changed this worldview. The West realised that man was not a dog tied to a cart. He was created to sit on the driver’s seat and pilot the cart. Sin has made man a slave. But the Saviour came to purchase slaves with his blood to make them priests and kings — Servant-Kings (Rev 5: 9-10).

Renaissance Christian-Humanist view of the relative freedom of man was built upon the understanding of the Absolute Freedom of God articulated by Oxford’s Franscican Friar, William of Ockham. As a Christian Existentialist he stood against Plato’s influence on Oxford. (The Greeks, including Plato, had seen God as a part of the cosmos. God was bound by the laws and logic (Ideas/Forms) that govern the cosmos. God was like a bigger dog, a wolf or a bear, but also tied to a cart – the cosmic laws.)

Martin Luther built his case for the philosophical, social, economic, political freedom of a Christian (1520) upon these theological foundations of the Absolute freedom of sovereign God to intervene in history to deliver slaves from their dark age and make them a free-great nation and the relative freedom of man to establish his dominion (or sell himself into slavery).

As Eugen Rosenstock-Huessy points out in “Out of Revolution”, philosopher Jean Bodin, a French Roman Catholic opponent of the Huguenots (French-Calvinists), began the secularization of Luther’s biblical view of human freedom upon which rests the western faith in the possibility of reform and progress – the possibility that man can drive the horse cart and change the future. These days this possibility is called “Transformation”.

The question I grapple with is: How did mainstream evangelicalism become America’s most pessimistic, fatalistic, escapist religion, wedded to a belief that the world cannot be improved; it’s fate is to go from bad to worse. The future has to be worse than the present and the past.
My conclusion (to be explained elsewhere) is that Premillennialism provided the intellectual grounds for 20th Century Evangelical pessimism.

However, the sociological context which enabled “The Late Great Planet Earth” anti-biblical outlook to succeed was created by the explosion of the west’s corrupted, secularised (sub-Christian) optimism.

Secularized (corrupted) humanistic optimism went up in mushroom clouds over Nagasaki and Hiroshima. Secular Humanism (Liberal, Religious, Communist, Fascist) had assumed that man was capable of building utopia. That hope (a house built on sand) collapsed with the rise of communism, fascism and the two world wars. The realization that man was not as good as they thought, gave birth to secular pessimism between 1917-1945. That was the era — the cultural soil — in which premillennialism succeeded in marginalizing American Postmillennialism.

Premillennialism succeeded by baptising secular pessimism with (misinterpreted) verses. It argued that:

– Diabolical darkness will overcome the light in “the last days.”
– Christ’s body will not prevail against the forces of Anti-Christ (and the gates of Hades).
– For the Church is the useless body of Christ. It cannot do what Jesus did, let alone do greater things. Hope will come only when Christ’s resurrected body returns.
– Yes, Christ comes into our hearts when we invite Him in but that is the useless coming of Christ.
– His Rev 3:20-21 “Coming” makes our hearts Christ’s throne, but we are the USELESS thrones of Christ. He cannot make us sit on the driver’s seat and reign until He comes from heaven flying on a white horse, with a sword coming out of his mouth.

The widespread success of Pre-Mil pessimism within American church made it easy for the New Age to become America’s primary (almost only) optimistic religion in the 20th century. Well … yes, the Post-Mils and Reconstructionists were around, but most of the Premil pessimistic Church was able to mock them without reading them.

Many of my friends in Transformation circles do not understand why I spend so much time on eschatology. The reason is my belief that greater people than me — including Francis Schaefer — failed in changing the Church because they did not confront the eschatological root of escapism. “Believers” want Rapture, not transformation. I participated in Transformation Prayer Networks and sensed that in many sincere circles, even sustained prayer has become a form of escapism. When your worldview is escapist, prayers find it hard to escape your worldview that doesn’t really want God’s will to be done on earth. It wants Tribulation, not Reformation.
Secular Humanism: “America has the world’s best scientists and healthcare system. We are the world’s strongest economy (and we have the world’s most powerful President.) Therefore, we will conquer Coronavirus.”

Christian Humanism: “We praise God that our forefathers trusted and obeyed God’s Word and therefore blessed us with the world’s best universities, science, healthcare, legal, economic, and political systems. We repent that we are ruining our inheritance. We deserve judgment but because the Saviour took our sins upon the cross, we humble ourselves and beg for forgiveness. Please save us from our sins, shelter us under your wings, and empower us to overcome the latest health challenge in America and in countries that are much weaker than us.”