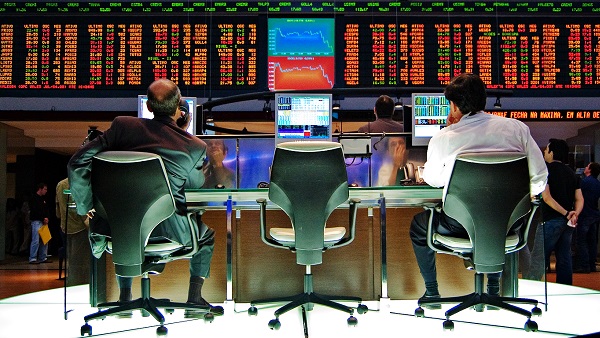 Wednesday’s employment report by Automatic Data Processing showed the biggest decline on record for the month of April, with smaller businesses hit the worst. Businesses with fewer than 500 employees provide almost half of all American jobs. Most affected by the pandemic, these businesses are least likely to recover. Overall the US economy lost 20 million jobs, according to ADP’s count of businesses for whom it provides payroll services. But the devastation for smaller companies was proportionately worse, with companies in the 20-49 employee range shedding almost 22% of their workforce in a month.

Personal consumption accounts for 70% of US gross domestic product, and sudden contraction in employment will turn into an air pocket in output. The Blue Chip Consensus Forecast calls for a 28% annualized rate of decline in US GDP during the second quarter. The question is: How soon can the economy come back? A V-shaped recovery is out of the question, and the U-shape of the recovery may be too distended to recognize as a letter of the alphabet.

The employment shock has had a domino effect on the business as well as consumers. And it’s a lot easier to knock dominos down than to set them back up again. Nearly a third of apartment renters in the US failed to pay rent in April. Small business can’t pay rent or bank loans. The federal government’s $349 billion Payroll Protection Loan program, designed to cushion small business against the effects of the shutdown,  ran out of money in mid-April. Default data for small business loans aren’t yet available, but the stock market provides a rough gauge of the damage to small business credit. The overall KBW Index of US bank equities has fallen about 40% this year, but On Deck Capital, a large online lender to small business, is down by almost 80%.

The domino effect leaves small businesses behind in rent and utility bills, and unable to pay trade credits to suppliers. The fabric of business relationships between small businesses and their financiers and suppliers has been torn and will take a long time to repair. Businesses that ran lean in the past will run leaner going forward, and a large proportion of the 30 million Americans who lost their jobs during the past two months won’t get them back.

Large businesses with more than 1,000 employees lost 13% of their employment in April, but far less than their smaller counterparts.

The worst-affected sectors, construction and leisure and hospitality, have a preponderant share of small firms. They are the least able to return to work. Even if the economy re-opens gradually, cash-strapped Americans won’t eat out or travel, even if they were willing to take the risk of congregating in public places. Americans who have discretionary income are saving as a precaution; while personal income fell by 2% in March, before the big wave of layoffs, savings as a proportion of personal income doubled, to 13% from a long-term average of 6.3%.

Falling oil prices will help some consumers, but energy comprises just 6.5% of the Bureau of Labor Statistics’ weighting of the Consumer Price Index. Layoffs in the energy industry will offset most of the consumption effect of the oil price collapse. Other items in the household budget, including food prices, are rising due to the disruption in the supply chain for meat and other items.

The US Federal government will have no choice but to spend more money – to bail out the nearly-exhausted unemployment insurance funds of US states, to support small business, and to find alternative employment for idled construction workers building infrastructure. With the US federal deficit already running at 20% of GDP, a level not seen since World War II, the US will have to walk a tightrope between economic depression and the risk that America’s ability to monetize its own debt will lead to market disruption.