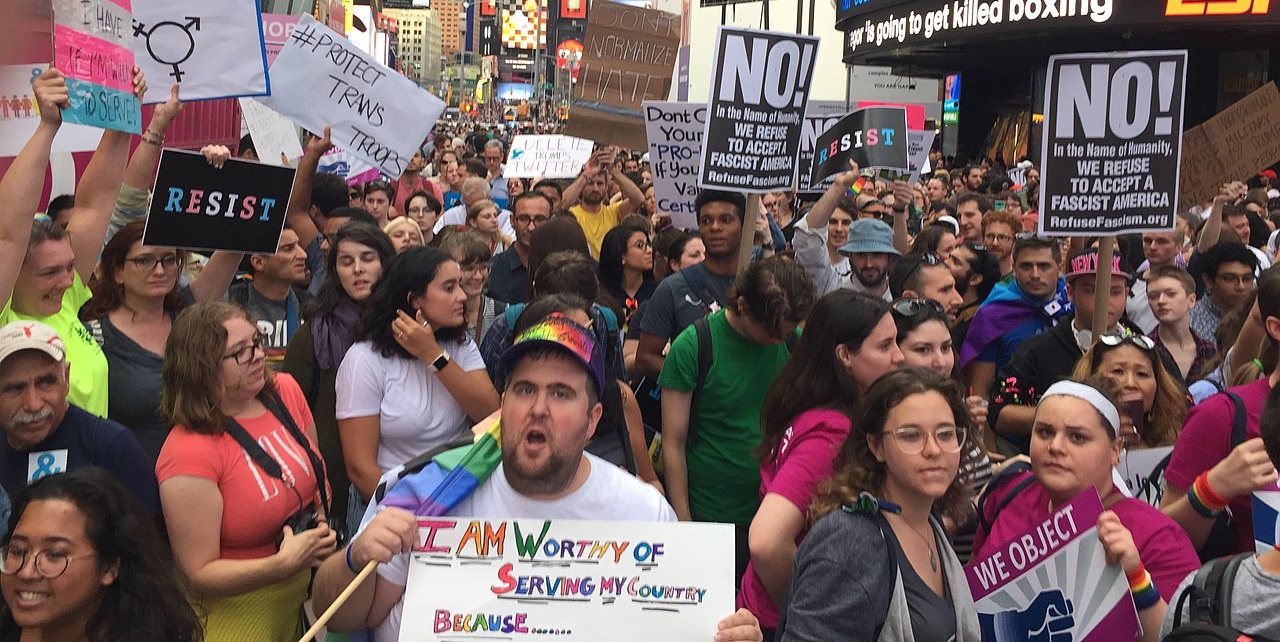 We recently sat down for an interview with David French, senior editor at the Dispatch and former writer for the National Review. Our conversation was wide-ranging, covering everything from the mechanics of corporate engagement to how Christians need to look on our predecessors as a source of courage. You can listen to the full interview here.

Central to our conversation was French’s work fighting back against woke capitalism. For those unfamiliar, “woke capitalism” refers to the practices of large corporations who have thrown their lot in with the politically correct progressive left. From tech giants to banks to weapons manufacturers, America’s corporations have now adopted woke capitalism as their default setting.

Before the progressive take-over of the boardroom, French started his career as a 1st Amendment lawyer, and then for many years “worked full-time litigating campus speech codes, protecting freedom of association, protecting religious liberty.” Despite the success attained by the conservative movement in protecting religious liberty from the state, we fell behind in the boardroom: “At the very same moment where in theory people should be feeling most free, they were veering in the opposite direction. And the reason wasn’t because of the government […] It was because of their employers, […] the concern that their employers might engage in reprisals.” In the intervening years, French has been leading the way for corporate citizenship.

While everyone may be free from government censorship, corporations have become less than accepting. “It was really put on steroids when woke capital exerted its power and its authority in 2015 in Indiana, over the Indiana Religious Freedom Restoration Act […] and when the state of Indiana caved very quickly to the power of woke capital, it really provided a shot of adrenaline to the whole corporate movement.”

For many of us, the corporate hostility to religious liberty exhibited in Indiana in 2015 was a wake-up call. It revealed that while most of us were focused on politics, activists had been turning the corporate world upside down. “As the 1st Amendment protected us more, a lot of our citizens were feeling less free, and it wasn’t because of the government, it was because of corporations,” said French. Regardless of how free we are de jure, some on the political right are starting to feel that our freedom de facto is being taken away from us.

Particularly emblematic of this is the status of conservatives in Silicon Valley tech giants, who increasingly feel unwelcome because of their political opinions. The effect of this ideology on employees is wounding. “Even at best, ideological monocultures create social pressures to conform. [There is a] chilling effect that people feel when you’re the only conservative in a progressive environment,” says David French.

It’s not just the social pressure; some employees in big tech companies genuinely fear for their career. “And then if you add on to that the growing intolerance that some very far left authoritarians have towards any expression of social conservatism in their presence or with their knowledge, then you can add on to that the very real issue that says, could I not just have fewer friends here, but could I face adverse job action as a result of this ideological monoculture and the intolerance of it?” said French.

Even if there’s no official ideology at a public corporation, there can still be a social, cultural insistence on not stepping out of line. One of the great examples of this is the James Damore saga at Google, in which a software engineer wrote a memo at the request of his supervisors about diversity movements inside the company.

Damore’s memo, “Google’s Ideological Echo Chamber,” was critical of the discrimination practices at Google and suggested that some of the disparities between men and women in the workplace are better explained by biological factors than by misogyny or sexism. Damore didn’t criticize the idea of diversity, and even presented alternative methods for achieving diversity that wouldn’t rely on Google’s current discriminatory policies. By no reasonable definition does that constitute radical, misogynistic content. Yet this memo lead to Damore’s firing and him being targeted by a hate-barrage from other employees at the company, as well as the ever-reliable social media mob. According to its CEO, Google was committed to allowing employees to “safely express their views in the workplace (especially those with a minority viewpoint).” That turned out to be public relations posturing, and the tech giant’s leadership decided that maintaining the monoculture was to be their priority.

These examples go on and on. Woke capitalism has gone from a small force of activists nipping at the heels of large businesses, to one of corporate America’s defining features. Inevitably, one of the questions for conservatives and Christians is what to do about it. Among the options available is shareholder activism, the method of using the legal resources afforded to shareholders to shape corporate policy. “[Shareholder activism] is an excellent way of working – respectfully of the law, respectfully of the constitutional rights and free association rights of the corporation – to get your voice heard,” said French. “What I have found is there is enormous value in quite simply just breaking the ideological monopoly. Even a small number of voices who have an actual seat at the table can make an outsized influence.”

We don’t have to change the entire system overnight. Woke capitalism is a problem, yes, but it’s neither monolithic nor invincible. Not all corporations are equally afflicted, and simply speaking up for your religious or political beliefs is taking a brick out of the bottom wall of woke capitalism. It won’t take the entire thing down immediately, but when you tear down a wall, you have to start somewhere. If you’re a Christian conservative troubled by woke capitalism and enforced ideological conformity, speaking up is essential, says French. “There’s lot of social science reasons for that, but one of the reasons is you break up what’s called the ‘group polarization,’ in other words, the group think, the unanimous pre-deliberation biases of the group. And by doing that, you can introduce real moderation. The trick, of course, is getting sufficient representation and sufficient voice, but breaking up the monoculture is an imperative first step to dealing with the excesses of woke capitalism.”

In general, but particularly in its dealings in corporations, the left is reliant on a method of shutting out opposition. Our goal ought to be opening the debate without resorting to partisanship, but according to French, the conservative movement is at present lacking the necessary attitude to enforce change. “It’s so incumbent upon thoughtful conservatives to double down on reason, to double down on engagement, to double down on persuasion. I fear, however, that is not the spirit of the movement at this time.” We should consider ourselves not as belligerents in the culture opening up a new front, but as peacemaking counter-revolutionaries seeking to tear down the walls of ideology built by the radical left around the corporate boardroom.

The good news is this can be done without any appeal to government intervention or authority; the retreat to government involvement that conservatives traditionally have refrained from is not necessary in the fight against woke capitalism. Publicly traded companies are ultimately legally beholden to their shareholders, and if those shareholders don’t like what the management of the company is doing, they have a variety of methods at their disposal to force their hand.

While shareholder activism is an extremely effective tool, a pre-requisite for any action by conservative Christians is some resolve and determination for change. “None of this is possible without a modicum of courage. One of the things that bothers me about the modern religious conservative movement, is that people want to win, and they also want it to be easy. If you’re in a corporation, and you’re a little bit nervous about saying that name of Jesus on your Facebook feed, say the name of Jesus anyway.” As grim as the situation may at times seem, the left’s corporate aggression and its accompanying threats are nothing compared to what defined the first 300 years of Christian life. “We’re falling apart in the face of tweetings; these people were facing beatings,” said French. Woke capitalism is a problem, yes, but Christians and conservatives have conquered much worse problems before.